Got grit? Here’s how to cultivate it

If ever there was a moment that called for perseverance, it’s now. Luckily, a new book says grit is a skill you can acquire. 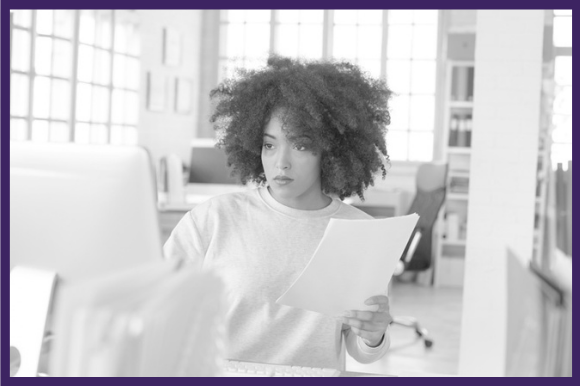 Grit is a skill you can acquire.

Learning how to develop grit can go a long way this day and age. Merriam-Webster.com defines grit as “firmness of mind or spirit: unyielding courage in the face of hardship or danger.”  Says Shannon Huffman Polson, “I like that definition, but I also see grit as dogged determination in difficult circumstances”—such as, for instance, a global pandemic.

Polson is the author of The Grit Factor, which is packed with vivid case studies of people who have called on their own strength and stick-to-it-iveness to achieve their goals, come hell or high water.

Polson is one of them. She was among the first women to pilot an Apache attack helicopter in the U.S. Army, before earning an MBA from the Tuck School at Dartmouth and working as a Microsoft project manager. She’s also an accomplished mountain climber. A few years ago, a young female lieutenant starting Army flight school asked Polson to be her mentor.

“I had been away from the military for a while,” she recalls. “So I started gathering advice from other women officers, and studying the research on grit, especially from [psychologist] Angela Duckworth.”

The Grit Factor explains Polson’s three-part method for developing perseverance in tough times. “People often think you have to be born with grit,” she says. “But that’s not true. You can learn it.” To spread the word, Polson recently launched The Grit Institute (thegritinstitute.com). The site offers a six-week course based on decades of studies and drawing on many of the same principles as the Army’s Master Resilience Training program.

Monster spoke with Polson about how to develop grit and why it is so essential now.

Monster: Let’s say you’ve lost your job in an industry that has been wrecked by the pandemic, like travel or retail. What now?

Polson: That’s scary, and it’s easy to be overwhelmed by it. So the first part of the book is about how to start by taking a close look at your own story so far. In the past, when have you been able to adapt to unwelcome change? At what points in your life have you already struggled and managed to get through adversity?

You developed strengths at those moments that you may take for granted, or you may even have forgotten you have them. Next, think about how you used those strengths and how they could help you now.

Monster: Could you give us an example?

Polson: When you identify the skills you’ve gained from your whole life—not just your past one or two jobs, or in a particular field—it gives you a starting point. For instance, maybe there was a time when circumstances forced you to become really good at problem solving. The ability to find solutions to complex challenges is one skill that’s in demand everywhere and translates fairly easily from one business to another. Think about where you would like to take that skill. Make it the focus of your search. People often end up finding their passion that way, too.

Monster: One theme that runs through the stories in the book is the importance of being your true self. How does that apply to a job hunt?

Polson: Finding a culture you fit into as the person you really are is crucial in joining any organization because it ultimately determines whether you’ll thrive there or just get by. But it often takes courage, at least initially. Without exception, I found that the women I profiled for the book all succeeded in the extremely male-dominated world of the military by not trying to be “one of the guys,” and instead letting their authentic selves shine through. That works in the business world as well.

Monster: You also write about an aspect of grit that you call “listening like a leader.” Does that apply in a job hunt?

Polson: Absolutely. I learned this as a platoon leader, and it matters not only in a job interview but also in a new job, or with a new team or a new boss. Ask lots of questions and make sure you’re really hearing all the information you’re being given, which is sometimes unspoken or hidden between the lines.

This is harder than it sounds because it means that you have to clear out all your preconceptions about the situation. Often, people will give you all the information you need to make decisions about your next move. But you have to make sure you are hearing it.

Monster: Sooner or later, the pandemic and the recession will be over. Will grit still be useful?

Polson: Oh, yes. Grit is all about reaching your goals over the long haul, in good times or bad. No one can predict how circumstances will change in the future. But even if and when things return to “normal,” living the life you envision for yourself will always take grit.

Get your grit on

Learning how to develop grit will serve you well at every stage of your career. Want more ways to give your professional development a boost? Join Monster for free today. As a member, you’ll get leadership insights, career advice, and job search tips sent directly to your inbox. We’re in the middle of some strange times, but don’t let that distract you from amassing the tools you need to be your best self both on and off the job.

Anne Fisher has been writing about career and workplace trends and topics since 1994. She is the author of If My Career’s On the Fast Track, Where Do I Get a Road Map?