The fool-proof way to get promoted in retail

You’re a good employee—it’s just a matter of time before you get that promotion, right? Not quite. Here’s how to make sure you’re on your manager’s radar. 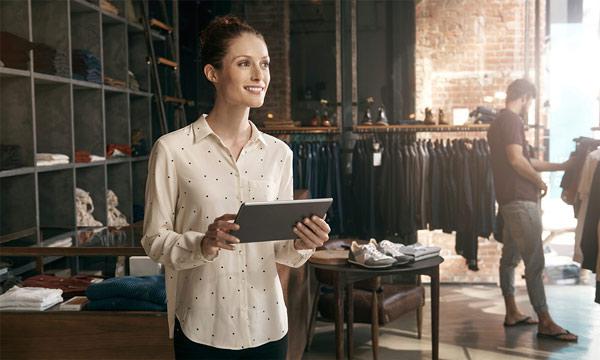 Despite common belief, doing your job well is typically not enough to guarantee you a promotion. Rather, to advance in your retail career, you’ll need three things—skill, strategy and the support of your managers.

If you see a future for yourself at your company, there’s no better time than now to show your manager you’re ready for the next challenge.

Your manager isn’t a mind reader. If you want a promotion or a different role, you’ll have to speak up.

“I was always honest with my bosses, so they helped me move around until I was doing something I really liked,” says Hannale Klubnick, 26, manager of a lingerie boutique in Brooklyn, New York. “To get promoted, you have to let your superiors know exactly what you want out of your job.”

Opportunities for advancement aren’t always available, so you have to be patient. The key is asking your manager, “What do I need to do to get promoted?”

Needless to say, you need to follow through on those tasks. But this way, when a position does open up, your higher-ups have you in mind.

In her case, Klubnick reached out to the retail manager when she was working at Gap and said, “I like what you do, and I want to be part of your team,” she says. “Then she noticed me more, started giving me more challenges and assigning me tasks that were more applicable to my goals.”

“If you want a promotion, make it known that you are willing to do anything. Set yourself apart from everyone else by taking the initiative and doing more,” advises Christopher Murphy, 35, a former retail professional in Morehead City, North Carolina.

At the start of his retail career, Murphy worked at a RadioShack and quickly expressed interest in the company’s manager-in-training program.

He says attitude and work ethic aren’t the only ways to get noticed though, your performance is key. In most retail jobs, success is quantifiable and one of the fastest ways to climb the ladder is to deliver measurable sales results, he notes.

Using these steps, Murphy later parlayed his experience into a new opportunity at a Verizon store.

“Part of the reason I got the new job was because I was one of the best cell phone salesmen at RadioShack,” he says. “I had documented sales success and good recommendations.”

Take care of all the “little things”

Murphy stresses the importance of “little things” like arriving on time and dressing well.

“It’s an old cliché, but dress for the position you want,” he says. “Don’t come in wrinkly or unshaven.”

“Be on time every day and come in with a good attitude,” she says. “Show you’re flexible, and if someone else Is having a bad day, don’t let that reflect on you.” This approach will help you stand out from your peers.

And of course, it doesn’t hurt to have a knack for making the boss look good. Murphy says, “If you make your bosses’ jobs easier, they’ll look at you as more than rank and file.”