How to get an email response from your chronically inundated colleagues

Are your emails being ignored? A new study reveals what you can do to help prompt a reply. 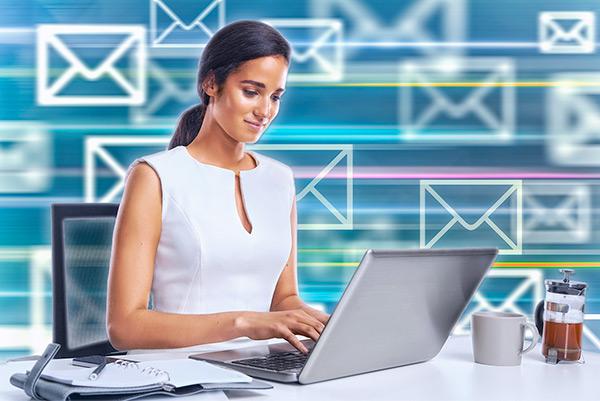 In 2015, the number of emails sent and received totaled somewhere north of 205 billion—per day. The odds of getting anybody’s attention in that communication whirlwind are, well, challenging. But there are a few ways of improving the likelihood that someone will hit “reply.”

Email productivity company Boomerang recently released a study that analyzed data from 5.3 million emails to find out what was most likely to garner a response.

If it feels like your emails are seemingly sailing off into the ether, use these insights from the study and experts to increase your chances of getting a response.

Get to the point

Part of the reason your recipient hasn’t answered your email could be that they’re buried under a (virtual) pile of messages. Making your email short and to the point can help them focus on a response. “People are busy and should be able to scan it, figure out what you need and deliver solid answers,” Duncan says. If it needs to be a little longer, break up paragraphs and use bullet points to make it easier to scan. Overall, the study found that emails containing 75 to 100 words were most likely to receive a response.

Example: Focus on the action your email is intended to inspire: “Thanks for putting the report together—there’s a lot of great material here. I have two suggestions to make it stronger. Can we meet on Thursday?”

The study found that emails written at a third-grade reading level had a 53% response rate, compared to a 39% for emails written at a college reading level. This doesn’t mean you should write with the proficiency of a 9 year old; instead, it’s a reminder that it’s best to steer clear of flowery and unnecessary language. Avoid fussy formatting, too. “The clearer you are with spacing, bulleted text, bold deadlines and simple verbiage, the easier you'll be understood,” says Peggy Duncan, a personal productivity expert in Charlotte, North Carolina.

Example: Instead of, “The verbiage of your previous correspondence was rife with grammatical inaccuracies; please amend and script another response,” try, “There were a lot of grammar errors in your last email. Please make corrections and send it back to me.”

Apathy will get you nowhere. Emails that were slightly to moderately positive or negative received 10–15% more responses than neutral emails. That said, a toxic email full of negative vibes was least likely to get a response.

Since it can be difficult to tell in an email when your tone tips the scale into point-of-no-reply negativity, err on the side of caution by staying positive. A good way to check how your email sounds is to read it out loud, says Dianna Booher, a communications expert and founder of the Colleyville, Texas-based Booher Research Institute, and whose latest book, What MORE Can I Say? Why Communication Fails and What to Do About It, looks at ways to communicate effectively. “Your ear will tell you when your words sound stiff, awkward or cold,” she says.

Example: Instead of, “Thanks for writing this report. I have some comments for you,” write, “Your report was terrific. I have some suggestions to help you get the recognition you deserve on this.”

The Boomerang study says subject lines of three or four words inspired the most (46%) responses.

Additionally, Duncan suggests making the subject line specific to the message. “If you're going to discuss unrelated topics, put them in separate messages.”

Booher goes one step further, recommending that you request the desired action in the subject line. People often sort and file emails by their priority, and making them wade through details to find the action line wastes time.

Example: Instead of, “Please look over these April results and get back to me with your thoughts,” write, “April results; please advise by Friday.”

One of the best ways to get a response is to ask a question. The Boomerang survey found that asking one to three questions was most effective. “Be very clear about the result you are expecting,” Duncan says. “What exactly do you need [the reader] to do? And when do you need [a response]?" Including that information makes it more likely you'll get a response.

Example: “We need to look at some ways to make sure this rollout is a success; when can you meet to talk about it? Let’s address messaging and timing; is there anything else you want to cover?”

Including opinions and personal perspectives is a great way to get others to chime in—they’ll either want to agree or tell you you’re wrong. “If you’re providing a list of possible dates for an event, go further and propose which is the best one,” says Alex Moore, CEO of Boomerang. “Likewise, if you're comparing vendors, make a clear recommendation. Don’t shy away from giving your two cents.”