How to handle difficult conversations at work

Don’t let one bad interaction ruin your day—or career. Take charge of awkward and difficult situations to salvage your work relationships and reputation. 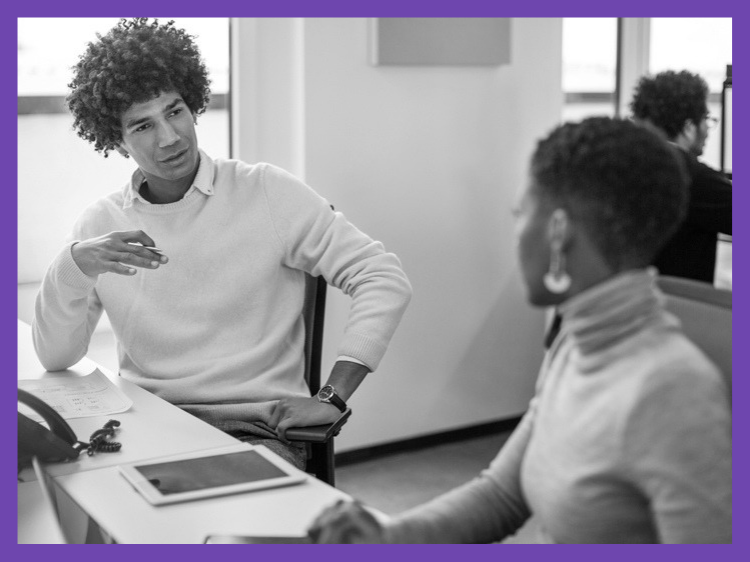 Don't shy away from difficult conversations at work.

They’re called difficult conversations for a reason. Maybe you received negative feedback, got into a disagreement with a co-worker, or were part of an angry email chain. You’re bound to have tough conversations in your professional life. No one wants to hear their boss say, “We have to talk,” but if you handle the situation respectfully and diplomatically, you can not only find resolution but also improve your working relationship.

Your main mantra before any awkward conversation should be “don’t take it personally.” As Nancy Halpern, an executive at the New York City–based executive coaching firm KNH Associates, says: “It’s not personal. It’s work.” Try to keep your emotions and ego out of it. “You might not like or respect the person you're talking with, but you are both there to do a job. So don't let them feel like you're attacking them, and don't think someone is attacking you,” Halpern says.

There are common workplace circumstances that can be the catalyst for difficult and uncomfortable conversations. Monster career experts offer advice on how to get through three of these uncomfortable situations like a pro.

No one likes to hear negative feedback. It feels lousy to ask for a raise and get denied, get passed up for a promotion, get a negative performance evaluation, or receive constructive criticism. You might want to pretend the conversation never happened, but you will likely improve your career and working relationship if you have a follow-up conversation.

The objective of this meeting should be to ask questions, have an honest discussion, and understand the feedback so you can improve accordingly. “Often, we’re so anxious about these tough conversations, we can't even hear what is actually being said,” Pamela Weinberg, a New York City–based career coach says. “Make sure to listen, ask questions, and take notes so that you are clear on what is being asked of you or what changes need to be made so that the relationship will be more productive moving forward.”

Resolving a disagreement with a co-worker

Getting into a disagreement in your personal life is tough; getting into one at work can be even tougher. You can’t ignore the person because you have to work together eight or more hours a day. It’s in everybody’s best interest if you learn to collaborate and communicate effectively.

Let’s say you feel like your co-worker pushes all her work onto you, and you snapped at her when she stopped by your desk asking for a “small favor.” Don’t attempt to resolve your conflict in the moment. Halpern recommends writing out what you want to say and practicing ahead of time. “This helps organize your thoughts so you don't start rambling or get caught up in emotion during the conversation itself,” she says. You’ll be primed for an effective conversation, not round two of the disagreement.

Then talk about your common goals—like making sure you can get your work done efficiently, reduce mistakes, or repair your working relationship. “Stating your goals up front and agreeing that you have the same objectives helps remind you to move toward problem solving versus confrontation mode,” says Halpern.

Finally, come up with resolutions for how you can work together better. After the conversation, send an email recap with the agreements you just made. “That way you both have a written reminder of what you've agreed to and a document that should make you feel good about resolving the issue,” Halpern says.

Responding to a heated email exchange

Not all conversations happen face-to-face. If things get heated over email or messaging, pause and take a breather. Instead of continuing an online thread, set up time to speak in person or on the phone. Doing so makes it “easier to communicate feelings and ensure that messages are received as intended,” says Dr. Amy Cooper Hakim, a Florida-based organizational psychologist.

Knowing when to bow out

Getting through difficult conversations at work is all part of the job, right? Well, maybe the cultural fit or organizational structure just aren’t in sync with your work style. In that case, you should be prepared to make a move. Could you use some help getting started? Join Monster today. As a member, you can upload up to five versions of your resume—each tailored to different types of jobs that interest you. Recruiters search Monster every day looking to fill top jobs with qualified candidates, just like you. Additionally, you can get job alerts sent directly to your inbox so you can apply as soon as the jobs are available. Maybe the next conversation you’ll have with your boss will start with, “I got a new job.”