How to stop workplace gossip

Workplace etiquette frowns on trash talking—but it happens regardless. These tips can help you take the high road. 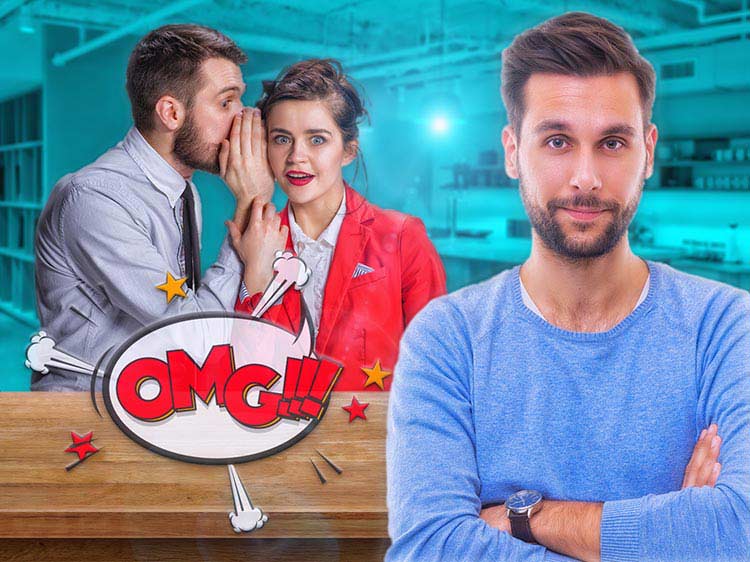 No one likes a gossip queen (or king), but rest assured, every office has one.

Blame human nature, says career and business etiquette speaker Karen Litzinger. “People like to gossip,” she says. “It can be cathartic. It can also be a bonding experience” to commiserate with a co-worker. As the saying goes, misery loves company.

Obviously, office gossip can have some big repercussions. “It can damage not only your relationships with your colleagues, but also hurt your own reputation,” Litzinger says.

So, if you’re someone who’s doing the gossiping, it’s time to keep your lips sealed. But you also have to be mindful of what you say about co-workers over digital channels, like Slack, Gchat, or email.

“Gossip doesn’t just happen at the water cooler anymore,” says Julie Jansen, career coach and author of You Want Me to Work With Who? And in case you didn’t already know, your employer can read what you’re saying online, even if it’s in a private message. “If you need to get something off your chest, talk to someone outside of work,” Jansen says.

Of course, you may still face some challenges since you can’t really control what comes out of your co-workers’ mouths. However, there are moves you can make to handle office gossip strategically when it reaches your ears.

When someone talks negatively about a co-worker, it’s often out of frustration, but there’s also a good chance the gossiper has a legitimate issue. If that’s the case, your best move is to acknowledge your colleague’s frustration, and then help create a solution.

Let’s say a colleague says to you, “I can’t stand John. He’s always late getting me what I need to do my work on time.” A helpful response from you: “That sounds frustrating, but I’m sure John isn’t doing it intentionally. Have you guys talked about it? I bet you can work things out.”

Even if you don’t contribute to the conversation, you’re still guilty by association. “Listening to someone else gossip does incriminate you on a certain level,” Jansen says. “You don’t want to be a bystander.”

Have an exit strategy prepared so you can politely remove yourself from the gossiping. Keep it simple. Say, “I’m sorry, I forgot I have to send an email,” or excuse yourself and go to the restroom.

Granted, this tactic may not be a long-term strategy (especially if the person gossips a lot), but it gets you away from the scene unscathed.

This move requires some finesse. Jansen recommends steering the conversation toward a safe, innocuous topic, like movies (“I saw a preview for XYZ movie, and it looks great. Do you think you’ll go see it?”) or sports (“Did you catch the game last night?”). When in doubt, compliment the gossiper, ask to see pictures of their pets, or find out what their weekend plans are.

If you’re truly looking to establish yourself as someone who has no interest participating in office gossip—or if you’re dealing with a habitual gossip—you’ll have to be direct about it. You’re in a bind, though. After all, you don’t want to upset your co-worker and risk alienating the person.

Jennifer Anderson, a Salt Lake City-based career strategist, recommends taking a delicate approach by saying something along the lines of, “I’m sorry, it sounds like a tough situation, but I’m just not comfortable talking about a co-worker.”

It might feel awkward, but by making your position clear, “[the gossiper] will go off and find someone else to complain to,” Anderson says.