10 productivity killers that are making your job way more difficult

Experts weigh in to help you knock off bad habits and get more done in less time. 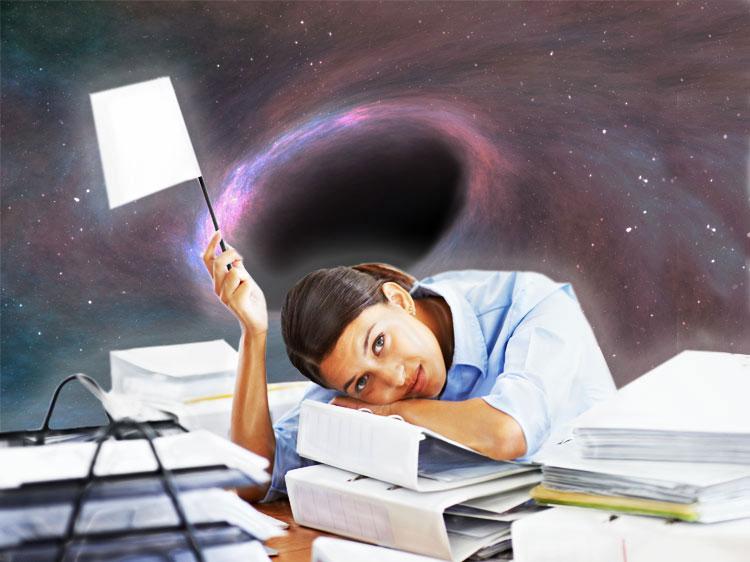 You’ve no doubt heard the phrase, “Work smarter, not harder.” A great idea in theory, but let’s face it, everyone has bad work habits that develop over the years. At the core of plenty of these bad habits is their ability to crush your productivity and leave you with more work and even less time to get the job done. But the good news is that bad habits can be undone.

Below are 10 notorious time wasters that are probably holding you back. Monster asked career coaches and productivity experts how you can tackle them head-on and regain the upper hand.

“Train yourself to be fully present for one task at a time,” says Gretchen Pisano, co-founder and CEO of p.Link Coaching Center, who advocates against multitasking in order to help maximize your brainpower. Focusing your energy is key to burning through your to-do lists. “Rather than trying to finish something when you have competing demands,” says Pisano, “get it to a good place and move on to the next critical task then circle back later to the partially completed task.”

“Fear of failure kills productivity,” says Jeff Leisawitz, productivity expert and author of Not F*ing Around: The No Bullsh*t Guide for Getting Your Creative Dreams Off the Ground. “When you hesitate with plans and ideas simply because you fear an unfavorable outcome, your productivity grinds to a halt. In the proper perspective, failure is a guidance system that ultimately leads us to the results we desire. Under a fearful perspective, it kills productivity, growth and motivation.”

Instead of being too afraid to move at your job, embrace the idea that you might mess up sometimes. If (and when) you do make a mistake, first, try to understand what went wrong, then tweak your game plan. Oh, and just try to make sure your mistake isn’t a huge one.

“One of the worst productivity killers I see is flagging email, or marking it as unread, so it stays bold in the inbox, to (supposedly) help you remember to come back to it later,” says Leslie Shreve, CEO of Productive Day, a productivity consultancy in Baltimore. Though this process may seem like a perfectly sensible way to keep track of what you need to answer, the opposite is in fact true.

“This doesn’t actually tell you why you flagged the email—nor does it help you plan, prioritize or take appropriate action at the right time,” explains Shreve. Create a system by which you file emails into folders according to what action you need to take. Otherwise, archive it or delete it.

“If you spend too much of your time fighting the latest fire instead of developing your team, you’re destroying your productivity,” says Linda Galindo, executive coach at Galindo Consulting. “You’re solving the urgent and ignoring the long term.” Instead, focus your efforts on training and empowering your team to put out these fires themselves, rather than always relying on you. “The employee gets kudos for problem solving, and you get kudos for team development,” says Galindo.

“Unless it is for the sake of brainstorming, avoid complaining,” says Kendra Davies, owner and coach at Stellar Life Coaching in Orlando, who stresses that allowing yourself to be distracted by what isn’t working won’t get you any closer to figuring out what will. “Training your brain to process those negative situations without lingering in them is key to being able to identify innovative solutions and ensures you do not get burned out.”

Spending too much time in meetings

“Executives are infamous for wasting too much time on meetings—it's especially bad with big teams when everyone has to attend irrespective of it being relevant to their work,” says productivity coach Sumit Bansal. To combat the barrage of meetings, he recommends asking yourself if it’s really, truly and absolutely necessary. Can an email do the job? (You’d be surprised how many times the answer to that is “yes.”) But if a face-to-faces is the only way to go, “only invite people who are absolutely critical to the meeting,” says Bansal. “Set the agenda clearly with prioritized items and allot maximum allowed time for each item. Share this agenda well in advance, to help the attendees tailor the discussion or presentation based on the time they have.”

“A common productivity mistake I see executives making is simply sitting in their office all day,” says Matt Girvan, productivity expert and co-founder of My Gung Ho, an app-development company focused on helping businesses become more productive. “Walk around your entire office at least once every day because it gives you the chance to bump into colleagues and have a conversation.” Chances are, you can make these walks pull double duty: Have someone you need to speak with? Take a stroll in their direction. “These impromptu conversations can be used instead of sending multiple emails and having meetings,” Girvan says.

“If you keep finding yourself with employees who are unable to follow through, you may be hiring the wrong personality type for the work at hand,” says Los Angeles­–based career coach Chantay Bridges. The employee that worked well for you at the beginning of your executive tenure may no longer fit the bill, especially if the scope of your job has changed over time. “Take a good look at your niche and the best qualities that fit it,” says Bridges. “You may discover you've been trying to make lemonade out of oranges."

“Stick to your calendar very tightly,” says Steve Sample, franchise owner of business advisory group The Alternative Board in Dallas. He recommends scheduling your workday down to the granular level, including when and for how long you’ll reply to emails and have phone calls.  “You'll be amazed how much you can get done when you track everything you need to accomplish during a particular day, week or month," Sample says.

Yes, you read that right. Too much time spent working—at the office or at home during off-hours—has consequences. “Sleep deprivation challenges our abilities to stay alert and attentive, and degrades our creative, innovative thinking,” says executive coach and productivity expert Clare Kumar. “In addition, a lack of sleep affects our ability to regulate our emotions and can result in less clear thinking and poorer judgment.” As a result, attempting to do your job when you’re tired makes whatever it is you need to do extra-challenging, causing you to spend more time on the task while subsequently downgrading the quality of your work. Stop burning the midnight oil, and allow your brain and body to recharge so you can hit the ground running.