Millennial Debate: Do What I Love or What Pays?

Following your passion doesn't always translate into a high-paying job 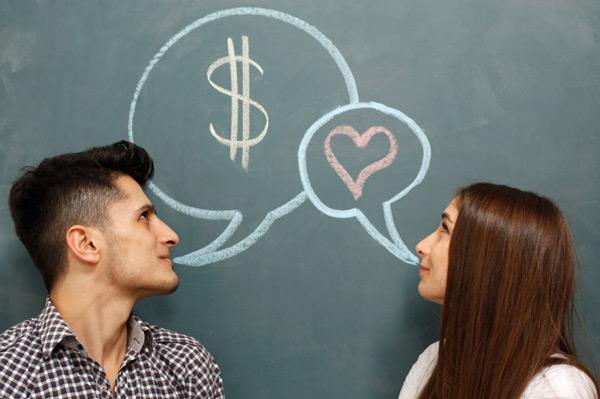 Should I do what I love? For some, the answer is easy: yes. Software engineering is not only their passion but will most likely land them a high-paying job. For others, their passion isn’t as immediately likely to be profitable: acting, music or teaching. And furthermore, there are financial responsibilities that make following one’s true passion difficult — starting a family, paying off thousands in loans or even just paying rent.

In a New York Times article, Gordon Marino, a philosophy professor from St. Olaf College, contends that achieving a sense of meaning through one’s work does not necessarily involve following a path of self-satisfaction.

He writes, “The universally recognized paragons of humanity — the Nelson Mandelas, Dietrich Bonhoeffers and Martin Luther Kings — did not organize their lives around self-fulfillment and bucket lists. They, no doubt, found a sense of meaning in their heroic acts of self-sacrifice, but they did not do what they were doing in order to achieve that sense of meaning. They did — like my father and some of those kids from town — what they felt they had to do.”

As millennials, we have heard it a thousand times: the job market is tough, especially for us. Having a full-time job out of school is almost as unlikely as it is likely. As of 2012, the Federal Reserve Bank reported that roughly 44 percent of recent college graduates are underemployed. That’s a stat to put the acting career on hold.

So what can we do? Should we suck it up and find work in a more stable but less interesting field? Should we be baristas until 40 years old when we finally have a breakthrough and we can pursue our passion full-time? Live in mom’s basement?

First and foremost, and to borrow Marino’s words, you have to do what you have to do. If sticking it out in a less-than-desirable job means putting food on the table, you do that. The term starving artist is, in the context it is most commonly used, hyperbole. Nourishment trumps the pursuit of art any day. Both are important. But first: food.

I spoke to a few millennials about pursuing one’s passion for a career.

Lauren Foley, a recent Emerson College graduate with a degree in video production who works as a videographer for the Boston Red Sox, sees herself making a career out of what she studied, citing her work ethic and motivation.

“It’s competitive, but you need to stay busy and put yourself out there to get noticed,” said Foley.

Erica Long, who studied English and religion at Bates College is now a full-time student at Harvard Divinity School and is pursuing the Master of Divinity degree program. She also holds a handful of part-time jobs — helping coordinate a children's religious education program, working in collection management for the Harvard College Library system and freelancing for the Harvard Divinity School Office of Communications.

While she doesn’t see herself making a career out of her position at the church, she believes it is a big stepping-stone in her career in chaplaincy.

“My work at the church has offered necessary training and experience that I will need as I pursue ordination and certification,” Long said. “It has also allowed me to network with other faith leaders in the Boston area whose guidance and recommendations will be invaluable when I am looking for chaplaincy jobs in a few years.”

But the issue of whether millennials should pursue their passion or find a stable job remains. However, maybe the two are not as contradictory as they are believed to be.

“Passion drives success,” said Foley. “It comes down to how bad you want it and your motivation.”

“Do we have to choose?” asked Long. “If you need to find a boring, stable job to survive, make your passions your hobby. If your stable job is ruining your life, commit to living more simply so you can pursue your passions full-time.”

Mark Twain once said, “The two most important days in your life are the day you are born and the day you find out why.” Perhaps the third is the day you land the job of your dreams.

Monster Wants to Know: What's your opinion on doing what you love versus doing what pays well? Share with us in the comment section.