Though full time opportunities do exist, the data shows. 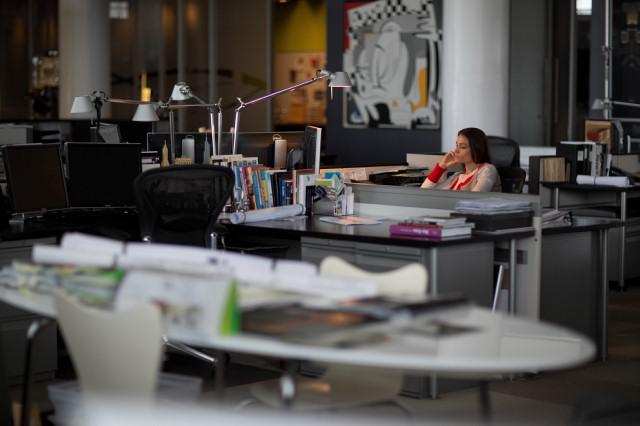 As many as 22 million U.S. workers can be considered “underemployed” — that is, they have a job that doesn’t put their education, experience or training to work, or they are working part-time when they’d rather have a full-time job, according to a new report from PayScale. And almost half of the surveyed workers feel they are underpaid. In some cases, this may stem from actual underemployment; in others, there may be a skills gap, the study says.

Underemployment is a real concern for today's job seekers as the economic recovery continues to recover, says Katie Bardaro, lead economist at PayScale. However, some industries — including technology, healthcare and oil and gas — have strong hiring demands, and employers in those industries report difficulties in finding employees with skills they need to succeed. According to the study, 64 percent of educators say they teach the skills employers value most, but only 41 percent of employers agree with that.

The study noted that STEM majors — science, technology, engineering and math — tended not to show up in the underemployed majors. These majors tend to emphasize the hard and soft skills employers are looking for. The top soft skills include a having strong work ethic, demonstrating teamwork, having good oral communication skills, having hands-on job training and demonstrating problem-solving abilities. The top hard skills reported were word processing, familiarity with spreadsheet software, data analytics, database proficiency and personal information management.

“Underemployment is clearly a broader issue than the strict definition by the Bureau of Labor Statistics which defines it as settling for part-time work when seeking full-time work,” Bardaro says.

Eighty-seven percent of patient services representatives said they felt underemployed, the highest rate of all jobs in the survey. Orderlies scored highest for working part time but wanting full-time work; according to the Bureau of Labor Statistics, most orderlies do work full time, so this may reflect a growing need for hiring as the population ages and health care expands.

Other positions that reported high rates of underemployment included nannies, retail sales associates, cashiers, teaching assistants, day care teachers and data entry operators. In these positions, much of the feeling of underemployment came from feeling underpaid; however, the study found that while 80 percent of those who feel underemployed said it was because they were underpaid, only 45 percent of those people earn less than what is typically paid for the position.

Sharp differences in age and gender

The study found sharp contrasts when responses were broken out by gender and age. Almost half — 48 percent — of women reported feeling underemployed, while only 39 percent of men did. In addition, the study found 90 percent of the most underemployed majors are dominated by women. Gen Y, or millennial, workers had the highest rate of underemployment at 46 percent, compared with 40 percent of Gen X workers and 44 percent of baby boomers.