Improve your networking by asking for help

Most people are far more willing to share information than we think they are, says author Wayne Baker, and knowing how to ask for help can boost your job search. 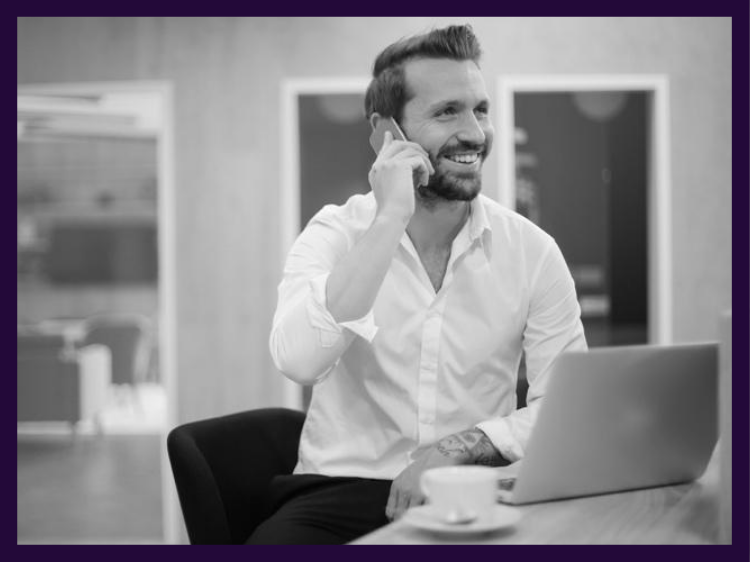 Asking for help is a smart way to improve your networking.

Need networking help? Ask for it. Many years ago, a friend of Wayne Baker’s needed help moving a grand piano, and asked Baker and some other pals to lend a hand. Baker, who was fresh out of grad school at the time, mentioned that he hoped to find a job in the Washington, D.C. area. “One of my friend’s acquaintances referred me to his old college roommate, who ran a consulting firm in the nation’s capital,” Baker writes in All You Have to Do Is Ask: How to Master the Most Important Skill for Success. That conversation led to his first full-time job.

It’s a classic tale of networking serendipity, but with a twist. In 2010, trying to come up with a way to teach networking to his MBA students at the University of Michigan’s Ross School of Business, Baker drew on that piano-moving experience—and a raft of recent research—to help create a system called the Reciprocity Ring. It’s a tool for showing people how to “tap into the giving power of a network to obtain the resources they need,” says Baker. He has since taught the networking method to more than 100,000 people at Google, General Motors, IBM, Harvard Business School, and elsewhere.

In All You Have to Do Is Ask, Baker explains how it works, and why learning how to ask for help can turbocharge your career. “Research shows that most people are incredibly generous and helpful, but most of us aren’t good at asking,” he says. “We underestimate people’s willingness and ability to help.” Yet, by trying to do everything on our own, it’s easy to miss out on crucial chances to learn new things, collaborate with co-workers, and figure out the right career moves.

Monster spoke with Baker about how to request networking help, help at work, or in a job search.

Monster: Why are most of us reluctant to ask for help?

Baker: We live in a culture where self-reliance is a strong principle. We’re all taught from an early age that we’re supposed to be rugged individualists and pull ourselves up by our own bootstraps, and our educational system rewards individual performance. Then work perpetuates that. So, admitting that we don’t have all the answers usually makes us fear that other people will see us as inadequate or needy. But the fact is, no one can be successful at anything without ideas and insights from others. It just isn’t possible.

Monster: How do we overcome that ingrained resistance?

Baker: Just being aware of it is a good start! Examine your ideas about why you think you need to go it alone. Research shows that most of us have incorrect beliefs, like, “No one can help me,” or, “I’ll look dumb if I ask.”

But recognizing those beliefs as false, in and of itself, isn’t enough. To get past them, you need practical tools, which I talk about in the book, and then you need to practice using them. If you try out one method for, say, 45 days and you get good results, that becomes the proof that it works—which is really how you overcome the reluctance to ask.

Monster: How do these principles apply to looking for a new job?

Baker: Very often, people hesitate to let former colleagues, old bosses, friends of friends, and others in their network know that they’re looking for a new job, or to ask for referrals or informational interviews. But research shows that at least 50% of job seekers find their next opportunity by networking, either in person or online or both. So, don’t be shy about asking the people you know, and the people they know. Having a lot of social capital can’t help you if you don’t use it.

Monster: Do you have any advice for someone who’s starting a new job?

Baker: There are two tips I would give. First, new hires usually go through a “honeymoon” period where they’re expected to have a lot of questions, so take advantage of that. With a new boss or co-worker, it’s probably better to say, “I’d like your advice on this…” than to use the word “help,” at least at first, and add that you want to get up to speed and be productive as quickly as possible.

And second, look for a social group at work that you can join, like an affinity group, where the purpose is for people to be supportive of each other. Likewise, if the company sponsors volunteer work or nonprofit community projects, sign up. You can also offer to help out your co-workers when the chance to do that arises.

The point is, even if the overall company culture isn’t collaborative, it’s much easier to ask for help if you show that you’re also willing to give it.

Monster: Is there one right way to request help from someone at work?

Baker: No, because you need to take into account factors like the communication style of the person you’re asking. But one good general rule is the acronym SMART, which stands for specific, meaningful, action-oriented, realistic, and time-bound. A question that’s too vague or open-ended makes it harder for the other person to help you, so you need to be clear on exactly what you’re after.

Then, be direct and authentic. Don’t start with an apology like, “I’m sorry to ask, but…” Don’t forget to close the loop with someone who helped you by letting him or her know what happened next and how things turned out.

Asking for networking help can be challenging even for the most seasoned workers. Need help improving your game? Join Monster for free and get weekly updates with career advice and job alerts. As a member, you can also upload up to five versions of your resume so recruiters can find you as soon as jobs get posted.

Anne Fisher has been writing about career and workplace trends and topics since 1994. She is a columnist for Fortune.com and the author of If My Career’s on the Fast Track, Where Do I Get a Road Map?