13 things you should never write in a work email

Delete these problematic words and phrases from your professional emails. 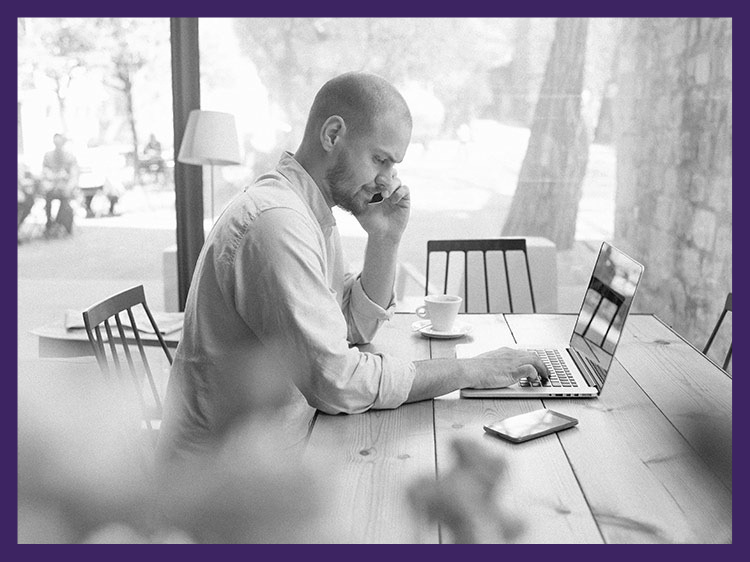 As much as we rely on email, it’s not perfect—just like humans.

Email etiquette is a delicate art, and one that’s important to master, considering average Americans check their work email three-plus hours a day and personal email two-plus hours a day, according to the 2019 Adobe Email Usage Study. And now that many people are working remotely to help stop the spread of COVID-19, we can pretty much assume there are even more emails than usual being sent during the workday. So be aware: When you use poor judgment in an email to your boss, co-worker, or client, you’ve created a digital record of your mistake that could come back to bite you.

As Jacqueline Whitmore, etiquette expert and founder of the Protocol School of Palm Beach, puts it: “An email is a permanent document that can be held against you.”

Another reason why the stakes are high: “Emails can be forwarded to anyone; they can even be posted on the Internet for the public to see,” warns executive coach Anne Marie Segal.

While typos are one thing, there are some egregious mistakes people make when writing work emails. These 13 things should never show up in a professional email.

‘Does that make sense?’

This seemingly harmless question can come off as condescending, says Jules Hirst, etiquette expert and co-author of The Power of Civility: Top Experts Reveal the Secrets to Social Capital. Instead, if you need to address complex topics in an email, Hirst recommends this language: “If you have any questions, let’s discuss this on the phone.”

Using this word can also make you appear condescending, says Dianna Booher, founder and CEO of communication firm Booher Research Institute. Also, if something were truly obvious, why would you be sending an email about it in the first place?

Unless you work at a super-casual company, smiley faces, frowns, and other emoticons fail the email-etiquette test. “You don’t want to treat professional email like a text message,” Whitmore explains.

Similarly, acronyms such as LOL, LMK, and TTYL are best saved for text messages—not emails to clients. The exception would be if you were sending an email to your work BFF.

No one likes being yelled at. Emails with sentences or phrases in all capital letters are basically the digital equivalent of that.

Professional emails should be kept as polished and formal as possible. That means using only lowercase letters, or poor grammar, is a big no-no.

In introductory emails, informal salutations such as “Hi there” or “Hey” are far too casual. Instead, Hirst recommends using “Dear Mr. or Mrs. [NAME].”

Like an informal salutation, an informal sign-off can send the wrong message, says Whitmore, who recommends using a more formal closing such as “best regards,” “warmly,” or “all the best.”

Unless you’re emailing your closest work buddies who are familiar with your sense of humor, don’t risk any funny stuff. Humor, especially sarcasm, doesn’t usually translate well over email, says Segal. “The problem with jokes in emails is you don’t have the same frame of reference as you would have in person when making a joke,” Segal says. “You lack the same context you’d have face to face.”

In this instance, email etiquette mirrors office etiquette. Put simply, “there are certain subjects that require in-person conversation, and a resignation is one of them,” says Whitmore.

The caveat? “A formal resignation email should be sent [to HR] after you have a conversation with your boss, and it should specify the end date of your employment,” Segal says.

Gossiping about co-workers is always a bad idea, as it can damage not only your relationships with colleagues but also hurt your reputation, says career and business-etiquette speaker Karen Litzinger. Nonetheless, a number of people still make the mistake of spreading rumors over digital channels like Slack, Gchat, or email.

If you are having a disagreement with a co-worker, or see the potential for one, career coach Farnoosh Brock recommends taking the conversation offline. As this article points out, your intentions can be misinterpreted in an email. “The last thing you need is a miscommunication via email to make matters worse,” Brock says.

This implies you’re smarter than the other person, which certainly won’t be received well.

Before you hit send

What may seem harmless to you could sink your true intentions, which is why email etiquette needs to be on your list of must-knows. But as much as we rely on email, it’s not perfect—just like humans. Could you use some help making sure your office etiquette is up to snuff? Join Monster for free today. As a member, you’ll get career advice, workplace insights, and job search tips sent directly to your inbox so you’re always on point. And we promise it will be emoji-free.