While working as a nurse is stressful enough, nurses with disabilities can face additional on-the-job challenges. Find resources and support here. 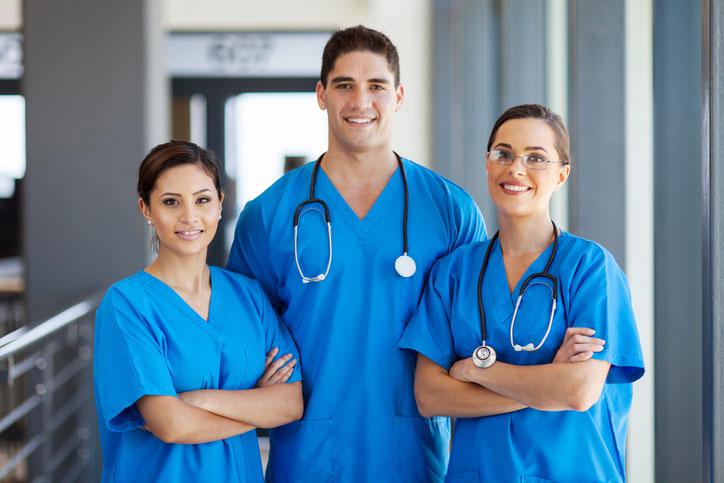 While working as a nurse in today’s healthcare world can be stressful enough, nurses with disabilities can face additional on-the-job challenges, including colleagues who may not feel they are capable of doing the work and needing assistance in a job that often requires strength and stamina. However, by making some adjustments, nurses with disabilities can continue to practice their profession.

“I thought that was the beginning of the end of my career,” Cook says. “I struggled with fatigue constantly, so I eventually had to cut my hours -- up until that point I had been working beyond full-time while raising a teenage boy as a single parent.”

Cook remembers encountering many on-the-job obstacles as a result of her disability, but never feeling comfortable enough to ask her superiors for special accommodations.

“I believed that asking for help would have been a problem,” she says. “Staffing was so tight that I saw colleagues getting in trouble for calling in sick.”

Cook did ask her coworkers to help with actions such as opening a blister pack or spiking an IV, and always returned the favor.

“It was relationship-based assistance rather than required by accommodations,” she says. “When I knew every day would be a struggle, I chose to move on.”

Today, Cook is working as a telephonic nurse case manager for UnitedHealth Group in Chicago.

“Nursing is a profession with a zillion niches,” she says. “There is a nursing job to fit every nurse’s unique situation and skill set.”

Cook notes that United hires a fair number of nurses with disabilities and is willing to make accommodation for employees.

“Many of us work from home after in-house training, and working from home does not preclude advancement within the company,” she says.

Cook found support through Exceptional Nurse www.exceptionalnurse.com, a Web site established by Donna Maheady, RN, ARNP, EdD. Maheady, the mother of a daughter with significant disabilities, is the author of Leave No Nurse Behind, a compendium of personal, firsthand accounts of nurses, including Cook, who have triumphed over adversity.

Maheady’s site offers nurses a nonprofit resource network with mentors, disability resources, scholarships and more. Her organization encourages employers to hire nurses with disabilities and argues that these nurses can often provide patients with the best role models.

Cook agrees that being a nurse with a disability has enhanced many of her encounters with patients.

“Sometimes when people are sick, they get distrustful or noncompliant and believe that nurses don’t understand or care about their problem,” she says. “Those of us who have been there, who have experienced how brutal the healthcare system can be firsthand, who have felt that exhaustion or have had side effects from meds just like the patients really have a lot to offer.”

Beth Marks, RN, PhD, NOND president and assistant director of the Rehabilitation Research and Training Center on Aging with Developmental Disabilities at the University of Illinois in Chicago, says that many nurses with disabilities still face discrimination and that many are nervous about asking for special accommodations.

“Disclosing disability is a choice and a right that is protected by the Americans with Disabilities Act of 1990,” she says. “Through education and advocacy, NOND promotes equity in the workplace. Many of the calls we get are from nurses who have become disabled and aren’t aware of their rights or how to advocate on behalf of themselves.”

While some nurses still face discrimination in the workplace, Marks believes that attitudes are changing and that with the current nursing shortage, nurses with disabilities are being seen as individuals who can work alongside their peers without disabilities to enhance culturally competent nursing care.