Want to accomplish big things in your career? First, get obsessed

Forget slowing down to smell the roses. Author Grant Cardone told Monster that “obsession isn’t an affliction—it’s a gift. Use it.” 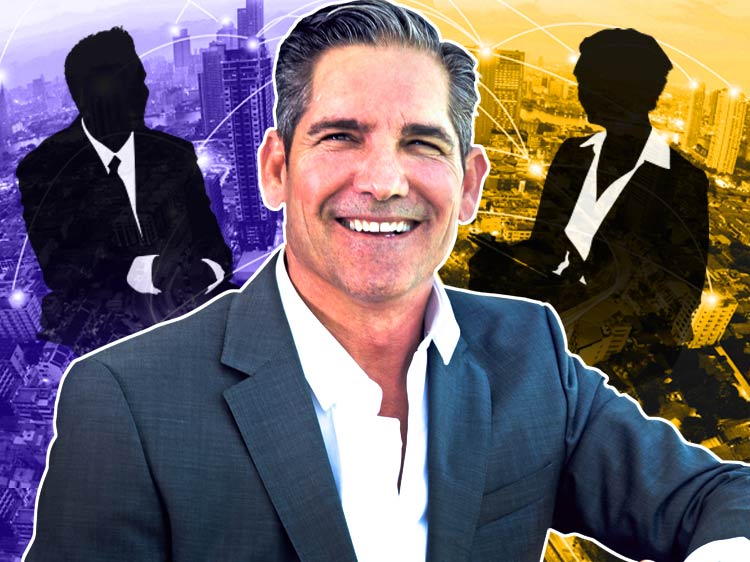 We’ve all heard plenty of well-meaning advice like “Don’t work too hard,” “Success isn’t everything,” and “Bigger isn’t always better.”

If you’re not obsessively pursuing your own dreams in life, he maintains, you’ll spend your career working hard to help someone else achieve theirs.

Cardone, real estate investor, motivational speaker and author of the newly-released Be Obsessed or Be Average, speaks from experience. In his mid-twenties, he writes, he was “broke, jobless, and drug-addicted.” His new book tells how he turned things around by putting his obsessive tendencies to work, eventually launching five thriving companies, becoming a millionaire many times over, and raising more than $100 million for charity. (The proceeds from this book, Cardone’s third, are earmarked for two nonprofits, Drug Free America and Drug Free World.)

We recently talked with Cardone about why he believes obsession is crucial to success, and how to cultivate it in your career.

Q. Most people think of obsession as unhealthy. Why isn’t it?

A. First of all, it’s repressing your obsessions that will make you ill, not expressing your real self and going after what you really want. If you study humankind, anyone who has accomplished something spectacular, whether it’s Alexander the Great or Steve Jobs, has been obsessive about what they were doing, not contemplating “work-life balance.”

But the fact is, everybody is already obsessed with something. I’ve never met anyone who wasn’t. It could be anything, any kind of passionate pursuit, from mastering a video game to perfecting a cookie recipe. The question is, is your obsession productive? Is it going to take you where you want to go? Will it inspire other people? Direct your ability to get obsessed into something that could.

A. Think about a direction that’s in line with your real purpose in life, whatever that is, and then set a goal. I’m not talking about a reasonable, “safe” goal. Set a target for yourself that seems so ridiculous that no one else is doing it.

For instance, if you’re a student, finish your four-year degree in two years. If you’re a salesperson, don’t aim to double your numbers over the next year—you want to multiply them 10 times. That’s when you start thinking like an owner. Your goal becomes the fuel for your obsession. People who do this get tremendous energy from constantly setting bigger goals. It’s how (Tesla Motors and SpaceX founder) Elon Musk became Elon Musk.

Q. Sounds great, but what if you fail?

A. You’ll be failing at a level you never thought possible. Surround yourself with other people who are obsessed, because they won’t label you, and don’t quit. It’s normal to feel discouraged, and it’s OK to feel scared. Facing your fear is a really important skill that they don’t teach you in school. If you don’t feel afraid of failing, it probably means you’re not aiming high enough. I’m scared all the time.

Look at the alternative. The world is full of people who’ve given up on their dreams, usually because of naysayers and doubters who say it’s OK to be average, and most of these people will be close to you, your family and friends. But if you don’t go after your own goals, you’ll spend your life working for someone else’s. The choice is yours.

Q. Should you talk about your obsession in a job interview? For example, what do you say to the typical “Where do you see yourself in five years?” question?

A. The only good answer to that is, “Working for you”—because you want to get that job. Then, once you’re hired, put your obsession to work in that role. Become the best person in that space. You’re bound to have coworkers who will resent you because your performance makes theirs look bad by comparison. Ignore them. You want to be so good at what you do that the business depends on you. At that point, you can ask for anything you want.