Want to work from home? Understand the pros and cons before deciding

Working from home affords you flexibility, but it also demands a lot from you in return. 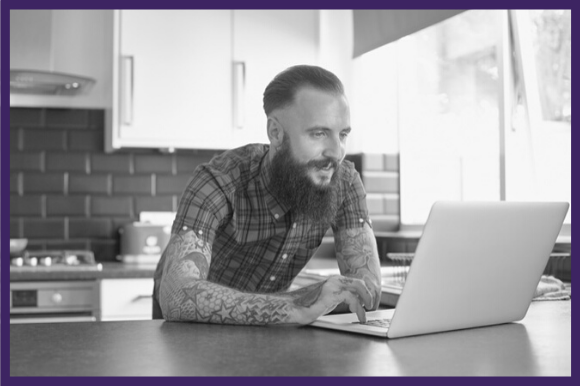 Jobs that let you work from home have unique requirements.

Imagine: Your office chair is your couch. Your commute is the length of your hallway. Your snack drawer is your entire pantry. Think it’s a dream? Not these days when we're all learning how to live with the reality of coronavirus. Work-from-home jobs are very much a reality.

Jobs that let you work from home, an arrangement known as telecommuting, are here to stay. In the most recent American Time Use Survey by the Bureau of Labor Statistics, 57% of workers in 2018 had a flexible schedule. Additionally, 42 million wage and salary workers (29%) could work from home, and 36 million workers (25%) worked at home some of the time.

Some employees would even be willing to take a pay cut in order to work from home, according to the State of Remote Work 2019 report by Owl Labs. The study reported that 34% of workers would be willing to take a 5% cut; 24% would take a 10% cut; and 20% would take a cut larger than 10%. The reasons workers want to do their jobs remotely aren't surprising: better work-life balance (91%), increased productivity/better focus (79%), less stress (78%), and to avoid a commute (78%).

“Working from home is more and more of a hot topic because of how tight the marketplace is,” says Dawn Fay, senior district president for Robert Half, a recruitment and staffing company. One winning way companies can compete for top talent is by luring would-be employees and retain existing ones with creature comforts.

“Companies will do all sorts of things to entice employees, including offering flex time and work-from-home options,” says Fay. Indeed, according to a survey by Robert Half, 77% of workers said they’d be more likely to accept a job if it offered the ability to work from home at least some of the time.

Or course, while working from your couch sounds great in theory, like everything else, it’s important to understand the pros and cons so you know how to best maximize your arrangement.

If you’re suddenly working a remote job, here are some of the potential advantages and pitfalls to be mindful of:

You are truly independent. It’s much more than just the benefit of getting to work in your pajamas. Working from home means you’ll learn to rely on self-motivation, self-discipline, focus, and concentration.

“As you work through your career, those are really critical components for success,” says Fay. “It sounds simple and obvious but the time management and scheduling you have to do is an important skill to have.”

You can get more work done. As long as you’re not sneaking off binge Netflix, you can actually be more productive when working from home.

You’ll become a communications expert. When having a quick meeting in the break room isn’t possible, you have to get up to speed on what communication tools are available, says Fay. “From texting, Skyping, emailing, web meetings—out of necessity, you become very savvy in all of those.”

You may forget to clock out. While people might think working from home means doing less, the opposite might be true for diligent employees. “When you don’t have that separation of going to and from the office, your workday kind of blurs together into your home life,” says Fay. Feeling like you’re always “at work” could even lead to burnout.

You can feel out of the loop. You might not realize it until you’re not there, but there is a lot of casual collaboration that happens in an office, says Fay. Whether it’s picking up on the best practices of your colleagues or having an impromptu brainstorming session over lunch, it’s hard to replicate that from home.

You might not have full access to technology platforms. For the most part, cloud technology has made it easier than ever for remote workers to work from anywhere. However, Fay notes that there are situations in which data security or consumer protection concerns might prevent telecommuters from having full access.

Co-workers might accuse you of slacking. When you work from home and can’t get to a call or email right away, your co-workers may not give you as much leeway as they might if you were in the office. People might wonder if you’re taking it easy rather than pulling your weight. “Remember,” says Fay, “the onus is on the work-from-home individual to be overcommunicating what they’re doing and what they’re accomplishing.”

Tips for working from home

Don’t underestimate face time. Be more communicative than usual, if only to boost camaraderie. “There are fewer such opportunities for spontaneous team building when working remotely,” says Giugliano, “so it is important to be proactive in finding ways to engage your co-workers.”

The next best thing? Pick up the phone to congratulate someone after a job well done, or the completion of a project rather than sending an impersonal email or IM, he adds.

Keep it professional. Even if you don’t have a dedicated office, try to set up a workspace and make it off limits to the rest of your household while you’re working. There’s nothing worse than being on an important work call only to have the doorbell ringing, the dog barking, and the kids screaming in the background, says Fay.

Be responsive. Get in the habit of sending a prompt reply whenever you get an email, even if it’s just to say, “Got it,” or, “I’ll get back to you by noon,” says Giugliano. And, do your best to be available for conference calls or other collaborations, even if you don’t have strict work hours.

Set specific touchpoints with your team. It’s smart to set a time each day/week for regular check-ins with your manager and/or your colleagues, says Fay. That will not only help you stay accountable, but it will also remind your office counterparts that you’re still an important part of the team.

Always strive to be a better worker

By entering into a sudden work-from-home situation with the right mindset—knowing you may actually be putting in more effort than before—you can do a great job and enjoy the benefits that go along with it. Could you use some help achieving that balance? Join Monster for free today. As a member, you can get career advice, job search tips, and communication tips to help you be an awesome team member from afar.