5 signs you need to leave your company

Are you just in rut or is it finally time find a new job? If any of these reasons for leaving resonate, you may want to dust off your resume. 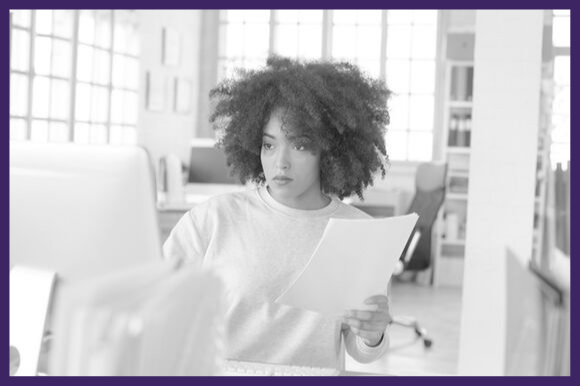 Don't stick with a company that isn't sticking by you.

It used to be true that workers started their careers at one company and spent decades there, rising through the ranks until they reached a top spot, where they stayed. Today, climbing the corporate ladder often means changing ladders—jumping from company to company—and workers aren’t afraid to go. Whether you're burned out from too much work or you're in a dead-end job with nothing going on, you need to know where the exit signs are located.

Granted, changing jobs when you’re higher on the corporate ladder can feel tricky. The higher up you are, you may feel there are fewer comparable positions on the horizon, and you may have been with your current company for a few years. But knowing when to leave a job is a key part of your professional development.

Sometimes it’s hard to know if you’ve fallen momentarily out of love with your job, or if you’re long overdue a new employer. Monster asked the experts to weigh in with five examples of signs that it’s time you should start making plans to jump ship.

1. Dread is your default emotion

When you hate your job, you’re not doing yourself or your company any favors. So if going to work fills you with anxiety and dismay, take note and don’t write it off as just part of the grind.

“If the dread is only alleviated by the fact that you’ve got a vacation coming, or that someday you’ll be happy in retirement,” says Nancy Colasurdo, a writer and life coach in Hoboken, New Jersey, “that’s a flashing neon sign that you’re ready for change.”

2. You’ve become the worst version of yourself

Not sure when to leave a job? Take a good, hard look in the mirror. Over time, a buildup of work-related stress can lead to behavior you’d rather not exhibit. “The more frustrated you are in your current role, the shorter your fuse becomes,” says Nicole Wood, CEO and co-founder of career coaching company Ama La Vida. “You may find yourself acting in ways that are completely out of character, shocking, and embarrassing.”

3. Your values are being compromised

It could be that the company you joined has evolved into a different kind of company since you joined it—or you’ve evolved into a person with different priorities. If a job conflicts with your core values, the emotional and physical strain are sure to surface.

4. You’ve been there more than a decade

According to the Bureau of Labor Statistics, the median number of years that wage and salary workers stick with their employer is 4.2 years. “More than 10 years [in a job], you really run the risk of being thought of as somewhat stale,” says Nancy Halpern, an executive coach with KNH Associates in New York City. “You’re too bought into a certain way of doing things.”

The other risk of staying too long may be that you feel stuck—your interview and job search skills are rusty, and you feel unable to move on, even if you want to. “Even if you’re not miserable, it’s a really good time to take stock,” Halpern says.

“If you’re feeling that [senior leadership is] not personally invested in you or your growth, or you’re not getting support for your initiatives, it’s a sign that maybe things are stalled,” Wood says. “Or maybe there’s just not that next growth opportunity for you to get the success and achievement that you’re trying to push for.”

The same goes for the situation if your salary has stalled. If you haven’t had a raise in 18 to 24 months and there’s no raise in your future—or a promotion down the line that would result in a salary bump—you’re better off looking elsewhere. New positions often come with pay bumps.

Don't wait until you're miserable

The onus is on you to own your career and seek out support from your higher-ups, so if they don't respond with a favorable offer, don't wait for your dead-end job to resolve itself—make a move. Need some help? Join Monster for free today. As a member, you can upload up to five versions of your resume—each tailored to the types of jobs that interest you. Recruiters search Monster every day looking to fill top jobs with qualified candidates, just like you. Additionally, you can get job alerts sent directly to your inbox so you can apply as soon as something catches your eye. There's no harm in looking to see what else is out there. You just might find what you didn't even know you were looking for.