How saying no can help you achieve your goals

Author Michael Hyatt talks to Monster about ‘the hustle fallacy’ of work and offers tips to take back your own time. 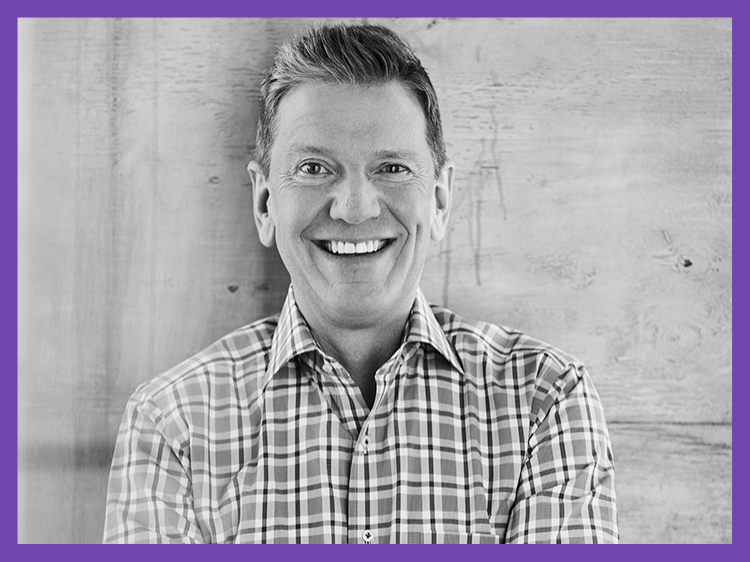 A few years ago, Michael Hyatt was a publishing-company CEO who felt like he was sprinting on a hamster wheel that just kept speeding up without getting him any closer to achieving his goals. In his new book, Free to Focus, he recalls one horrendous—but, alas, not unusual—week in which he traveled to three board meetings and five speaking engagements, while editing one of his earlier books on a tight deadline. All while he was trying to find a few minutes for his wife and kids, and, of course, running his company.

“I was exhausted and overwhelmed, but it was completely my fault,” he notes. “I had said ‘yes’ to all those things.” And by doing so he created a to-do list that would never end.

Determined, Hyatt set out to find a way to take control of his own time, but all of the time-management and productivity apps and other tools he employed just added to the problem instead of solving it.

So he came up with his own solution. Free to Focus, subtitled A Total Productivity System for Achieving More by Doing Less, is a detailed manual for the time-management system he now teaches to executives and entrepreneurs as CEO of his coaching firm, Michael Hyatt & Company.

“Most of us have bought in to the idea that the only way to accomplish more is to do more,” Hyatt says. “I call it the hustle fallacy.” His approach concentrates on “the things that really drive our goals and careers forward—and saying ‘no’ to everything else.”

To most people, the idea of spending less time to achieve more might sound too good to be true. But is it? “My business grew 62% last year, and I took 11 weeks of vacation,” says Hyatt. “So yes, it really does work.”

Monster recently spoke with Hyatt about giving up the grind and reclaiming the ability to focus on what really matters.

Q. You write that most of us are too busy because we take on too many things that don’t get us closer to our goals. Why is it so hard to say “no”?

A. Everyone’s familiar with FOMO [fear of missing out], but there’s also something I call FODO, for fear of disappointing others. We want to be liked and seen as good team players, so we end up saddled with tasks we’re not even particularly good at and don’t like, which take up a lot of time without really getting us anything we value in return.

That’s why the first step in my system is to think hard about what goals you want to achieve, what’s most important to you in your career and your life, and keep that crystal clear in your mind. Then saying “no” to everything else gets a bit easier.

A. Before saying “yes” to anything, ask yourself a few questions. “What was I hired to do? What does my boss expect from me? Do I have to say ‘yes’ to this, or is there someone who would be better at it, or who might even enjoy it?”

Delegating, when you aren’t necessarily in a position of authority, often calls for a little managing up. Think about how your handing the task over to a co-worker, or just eliminating it, would benefit your boss or the team or both. You may have to sell your manager on how it would help her achieve her goals if you were to take on less of what I call “fake work”—busyness that doesn’t really achieve much, if anything—so that you can concentrate instead on producing real results.

Q. You write in the book about “megabatching” things like meetings. How does that work?

A. In lots of companies, meetings are scattered throughout the week in such a way that you don’t ever have a sustained period of time to focus on work that matters—because as soon as you get into the flow of it, it’s time to run off to another meeting.

Meetings are fine, but they do break our focus. So megabatching them—that is, scheduling them in one or two big blocks of time each week—frees up the rest of the time so that people can concentrate on what they need to do. In my firm, we have no-meeting Thursdays, so everyone gets at least one day of the week where they can focus completely on results.

Q. What if you’re not in charge of the schedule?

A. You can go to your boss or your team and suggest megabatching. Propose it as an experiment that would make everyone less distracted and more productive. If you persuade people to try it for a few weeks, it’s likely that will become the new norm—and, not incidentally, having come up with the idea will mark you out as a thought leader. Never a bad thing!

Q. How does your system apply to a job search?

A. Emphasize in your resume and in interviews that you are focused on producing results, and give examples. Beyond that, it’s especially important in a job search to be very clear about what your goals are, both in the near future and the long-term, and what you really want. That way, you can narrow your search to include only those roles where both you and your employer will be happiest.

For instance, if it’s important to you to have dinner every evening or most evenings with your family, don’t take a job where people routinely work late into the night or have lots of client dinners to attend. That might sound obvious, but you’d be surprised how often it happens. It’s hard to turn down an offer that pays well or comes with a great title, even though it doesn’t fit your goals or your life. But if you get comfortable saying “no” before you start your job hunt, you’re much more likely to have no regrets later on.

In a recent Monster survey, 63% of respondents said that having a good work-life balance was the most important benefit when considering a new job. Finding that balance and getting more time in your day for what's important is a struggle for many people. Could you use some help finding a job that offers the right balance? Join Monster for free today. As a member, you can upload up to five versions of your resume—each tailored to different types of jobs that interest you. Recruiters search Monster every day looking to fill top jobs with qualified candidates, just like you. In addition, you can get job alerts sent right to your inbox, so you can be among the first to apply when positions become available. Let Monster take some of the weight off your shoulders and help you get hired.

Anne Fisher has been writing about career and workplace trends since 1994. She is a columnist for Fortune.com and the author of If My Career’s on the Fast Track, Where Do I Get a Road Map?