How to spot a bad boss in an interview

Don’t miss these signs that your boss-to-be isn’t meant to be. 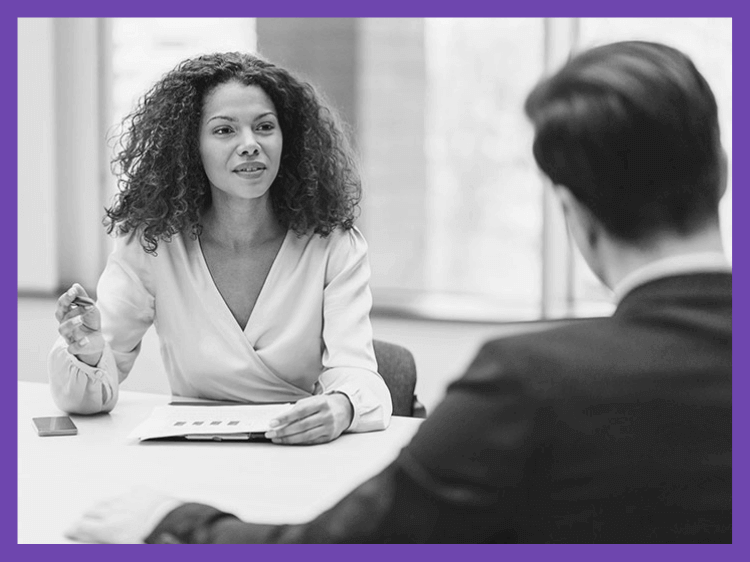 Signs that your boss-to-be isn’t meant to be.

When you're applying to jobs, you need to be evaluating the interviewer just as much as they're evaluating you. Look for signs of a bad boss. If you're getting dark vibes from your boss-to-be, it's a clue that even if the role and company seem perfect, it may not be the right fit.

If you’ve ever worked for a boss that makes Cersei Lannister look like a dream, you know that having a good relationship with your boss is crucial. In a Monster survey, we asked which “Game of Thrones” character best describes your boss, and, although she may not end up on the Iron Throne, Cersei came out on top, with 25% of respondents describing their boss as power-hungry and manipulative, yet brave. Another 22% felt their boss matched Tyrion Lannister's ambitious, persuasive, and knowledgeable characteristics, whereas a disturbing 16% felt that the Hound's jaded, angry, and confrontational personality matched their supervisor's! Yikes.

The signs may not be as obvious as being banished to the Night's Watch or fed to a dragon, but there are some less noticeable clues that you’d be working for a bad boss. Monster consulted the small council of experts to identify six signs of a bad boss that you should look out for in your next interview.

OK. Let's give him the benefit of the doubt: Maybe a meeting ran a few minutes late, there was traffic, or the printer jammed when outputting your resume. Things happen, but if your interviewer is 10 to 15 minutes late or more, it’s a sign that he isn’t respectful of your time.

“This may be an indicator that the boss errs on the egotistical side and lacks common manners,” says Dana Case, director of operations at the Calabasas, California–based small business resource MyCorporation.com. “The mentality is that the boss will start when they are ready, not necessarily when everyone else is.”

If you feel like you're being ignored, it’s not a good sign. Does your interviewer stare absentmindedly out the window while you’re talking, check her watch or phone, seem distracted, interrupt you, look bored, or seem to have no idea what you just told them?

“These signs of impatience and disrespect should be expected if you accept the job,” says Case.

If the interviewer says something negative about the company, the last person who held the role, or their co-workers, take it as a sign that something isn’t right. Your potential boss may think they're telling you helpful information about the company and team, but instead might just be a negative person.

“If they get angry or show any negative emotions, it may be a warning sign that it’s going to get a lot worse,” says Romy Newman, president and co-founder of the New York City–based career resource Fairygodboss. “If they can't keep their emotions in check for a 30-minute or one-hour interview, it's likely that they won't be keeping them in check during a long work day.”

They come off as self-centered

You're the one being interviewed so the interviewer should care about what you have to say. “If whomever you’re interviewing with only talks about themselves or redirects every conversation back to themselves, this may be a warning sign. Take note if they talk about their accomplishments more than they ask about yours,” says Newman.

The interviewer should be more concerned with learning if you're a good fit than showing off. “A boss who constantly needs their ego stroked is not someone you want to work for. Rather than focusing on and supporting the team, they'll constantly be seeking reassurance and praise for everything they do,” says Newman.

Get to the interview five to 10 minutes early and observe as much as you can about the office culture while you wait. How are people interacting? Do people generally seem happy and collaborative or miserable, dysfunctional, and competitive?

If you get the chance, observe how your interviewer interacts with his direct reports. “It's a clear reflection on how your prospective boss runs their organization and foreshadows what you can expect,” says Nick H. Kamboj, CEO of the Chicago-based business-school prep company Aston & James, LLC.

They leave you feeling icky

If you walk out of the interview and have doubts about the role, company, or your potential boss, trust your gut. “True leaders empower everyone around them, so if you walk away from the interview feeling exhausted or negative, that’s a bad sign,” says Newman. “First impressions can sometimes be misleading, so if you're unsure, stick it out and go back for another interview. But if you leave and feel like something is wrong, you're probably right.”

If you're getting some clear signs of a bad boss, the best way to avoid future nightmare is to simply say, “no thanks” and move on. Need some help figuring out what to do next? Join Monster for free today. As a member, you can upload up to five versions of your resume—each tailored to the types of jobs that interest you. Recruiters search Monster every day looking to fill top jobs with qualified candidates, just like you. Additionally, you can get job alerts sent directly to your inbox to cut down on time spent looking through ads. We can help you find a workplace that works for you.