How your spouse can make or break your career

Research shows a conscientious spouse can help you in your work life, too. 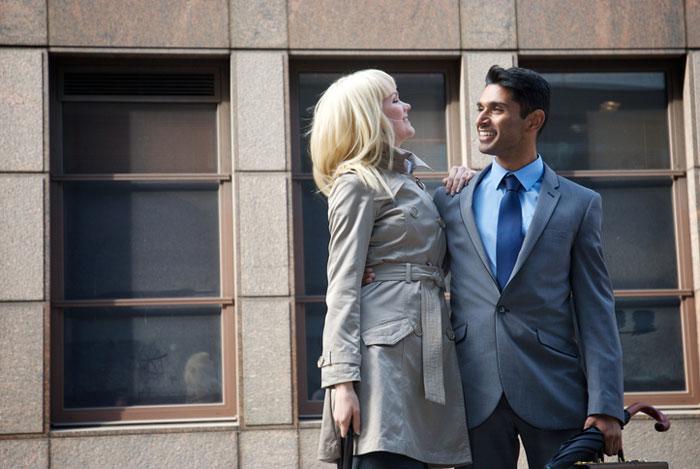 How Your Spouse Can Make or Break Your Career

Even when you marry for love, you might also want to consider what your choice in a spouse can do for your work life. A 2014 study from Washington University in St. Louis suggests your spouse can help you succeed in your career.

“We found that spouses’ personality traits actually influence their partners’ individual outcomes,” says Brittany Solomon, one of the study’s co-authors.

Solomon says researchers looked at three different measures of career success: job satisfaction, income and likelihood of promotion, and found the level of a spouse’s conscientiousness is a consistent predictor of how successful a person’s career is. “Regardless of their own conscientiousness levels, having a spouse who is highly conscientious increases your chances of promotion at work, and is associated with making more money over time and increased job satisfaction.”

There are several reasons why this might be, Solomon says. For example, a conscientious spouse might take on tasks such as making appointments or cleaning the house, giving the other spouse more bandwidth for focusing on work, or even relaxing and recharging. “A conscientious spouse is well-positioned to be responsible and efficient and organized—they do a good job of handling these things that are outsourced.”

People may also be inspired to emulate their conscientious spouses or pick up on behaviors so they aren’t seen as slackers, Solomon says. A final possible reason is that having a conscientious spouse may create more harmony in a relationship, giving someone the ability to be happy at work as well.

Your spouse can hurt your career, too

Of course, having a spouse who isn’t conscientious doesn’t mean your career will be a failure. A supportive spouse can be a key part of having a strong career, while some couples work best together when they are both invested in their own careers. “A partner's personality can drastically affect the career of the other partner,” says Christopher Hall, a counselor and associate professor at the University of North Carolina at Wilmington. “The ideal relationship is is one in which both partners offer caring, non-judgmental, and partner-focused support.” These factors can make it possible for both partners to take chances in their careers.

Partners may feel they’re offering each other support when they really want the other person to make a decision that serves their own interests, Hall says. “One partner may consciously or unconsciously be using the other for personal gain.”

Your spouse could contribute valuable insights

Finally, partners can provide insight into your work life that you might not otherwise have. Dennis J. O’Neill is an executive coach who once had a client who asked him to mail a written assessment report to his home as opposed to his office. “His wife read the report and said, ‘Your company spent thousands on this psychologist’s report and it is exactly what I have been telling you for years.’

“Her involvement and support of her husband through his coaching experience probably did more to save his job than I did, but he distinguished himself with thoughtful analysis, learned some new behaviors, and became significantly happier—and more successful as a result,” O’Neill says. “I now always send my client assessment reports to the home addresses.”