If you’re looking for a new job, meeting people in the places that are part of your normal lifestyle could open more doors than traditional networking events. 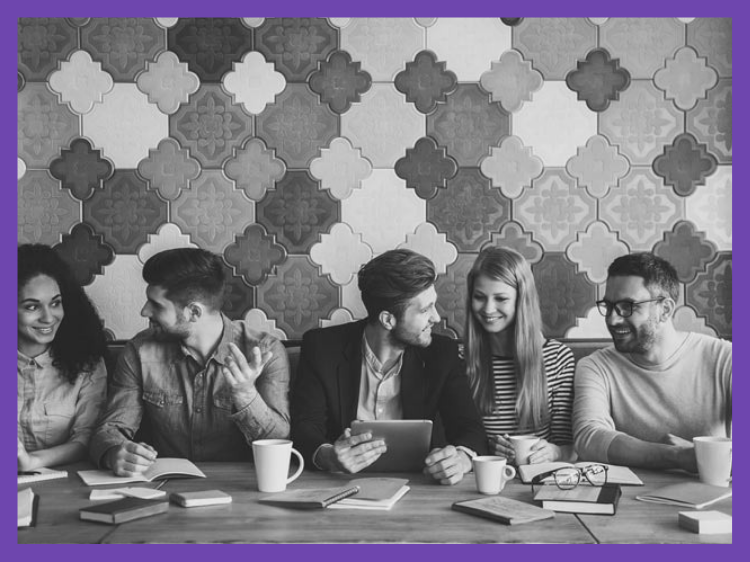 Think about networking, and you probably think of stuffy events and conferences where your peers play a game of “who can run out of business cards first.”

If simply reading that sentence made your stomach churn, you’re not alone. “I don’t even like the word networking—I think it’s icky and manipulative,” says Judy Robinett, author of How to be a Power Connector.

What she does like is making connections (ideally mutually beneficial ones) in authentic ways. And now, thanks to the changing landscape of networking, you don’t need to put back three martinis at a power lunch or waste half a day on a round of golf.

The new way to think about networking is you can do it anywhere—not just at designated networking events (cue the sighs of relief).

Here are four less-expected places you might find your next boss, client, or career, divvied up based on how well you know the person you’re looking to get to know better.

You sort of know the person

If you’re going to the hottest workout studio in town, you’re already putting yourself in the same room as other movers and shakers. There’s another major plus to connecting at an exercise class: You’ll run into the same people again and again, Robinett says. Those 6:30 a.m. regulars? One of them could be your next employer.

Not everyone likes to talk work when they’re dripping with sweat. So instead of handing over your business card in the middle of a set of burpees, kick off a conversation after cool-down about how hard the class was or what you’ve got on the calendar for the rest of the day.

Once you start talking about what you do (and don’t try to make it all happen at once—it’s normal for the relationship to build over time), exchange information so you can keep in touch out of class, suggests Atlanta-based career coach Hallie Crawford.

Wherever you live and send your kids to school, chances are there are parents at similar points in their career as you. It may never have occurred to you that your working lives could overlap.

“Too many people overlook the possible connections in a daycare pickup or Mommy & Me group, viewing the people in a narrow silo as ‘little so-and-so’s mom or dad,’” says J. Kelly Hoey, author of Build Your Dream Network: Forging Powerful Relationships in a Hyper-Connected World.

Scratch that way of thinking and try to get to know them beyond their role as a parent. If you discover some common ground, say something like, “Hey, I’d love to talk further with you about this. Shall we email later to set up a meeting?” Hoey says.

Just don’t be too aggressive. Parent pickup is a good place to start a conversation but not close a deal, Hoey says.

You know the person, but they don’t know you

You’re sitting in an aisle seat and an executive you’ve been trying to get in front of sits down in the seat next to you.

Maybe you’re tempted to jump right into your elevator pitch, which should summarize who you are, what you bring, and what you’re looking for next, says Dave Arnold, a CFO search consultant and president of Arnold Partners, LLC.

You should have that pitch prepared, but don’t bombard him with it the second he sits down, Arnold says. “Ease into it. Get him speaking about himself and his company after a polite introduction.”

Pick up on his communication preferences, too. If you ask a question and are met with a nod, quick glance, or smile, take it as a sign he wants to be left alone, Hoey says.

"The key is to not overthink this,” says Roberta Matuson, president of Matuson Consulting. “What's the worse that can happen? He gives you a one-word answer and you go back to watching your movie.”

But if he’s open to talking, make an observation that he might be interested in. “Only after you have him in some sort of a dialogue would you want to more formally pitch yourself,” Arnold says.

Striking up conversations with strangers might sound like you’re looking for a needle in a haystack, so it helps to put yourself in situations where you know you’re most likely to meet people in a position to benefit your career. That worked for one of Robinett’s friends who built his business in a brand-new city by joining the symphony, a place his customers frequent.

Once you’re surrounded by your target market, nudge yourself to get out of your comfort zone. Your goal is to be assertive, but not rude, Arnold says.

Don’t interrupt a conversation, but when there’s an opportunity to join, say something like, “I overheard you saying that you invested in ABC company,” Arnold suggests. Then go on to say how you know the company as well. “This creates a common bond and opens the door for a deeper conversation or a follow-up,” he says.

If you don’t happen to overhear something you can comment on, but you want to connect and learn more about the potentially interesting (and influential) person sitting next to you, “share a bit of your story and where you’re going,” suggests Robinett.

Once you’re found out if they might be able to help you in some way, ask Robinett’s two golden questions: Do you have any ideas for me? And do you know anyone else I should talk to? “A lot of people just need a little ping, and it isn’t a hard ask,” she says.

The internet can open doors without you even needing to knock. It's an effortless way to get the attention of companies hiring is just a click away. Need some help getting started? Join Monster for free today. As a member, you can upload up to five versions of your resume and cover letter—each tailored to the types of jobs that interest you. Recruiters search Monster every day looking to fill top jobs with qualified candidates, just like you. Consider it a quick and easy way of making contacts without having to be the one to break the ice.