10 behaviors that will sink your job performance

Bad apples in the workplace come in many forms, but there are ways to fix the problems. 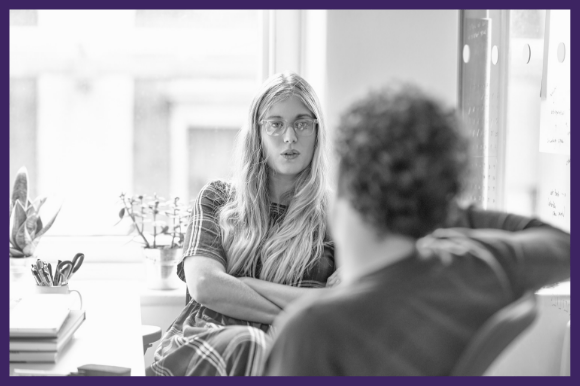 Turn your job performance around.

Narcissists. Slackers. Micromanagers. Bad apples in the workplace come in many forms, but according to a recent report from the Center for Creative Leadership, “Problem Employees: Identify and Manage Them Before They Impact Your Business and Career,” the employees with the worst job performance—the kinds of workers that give managers the most trouble—demonstrate some common characteristics.

The survey asked a global sample of 214 leaders to describe a current or past “problem employee.” The authors then used their responses to identify the most prevalent behaviors of bad employees in the workplace.

The good news? If you possess any of these characteristics, career experts say there are steps you can take to correct your course and become an all-star employee.

One-fourth of the leaders surveyed said their problem employees produced work that wasn’t up to their expectations. These individuals were described with phrases like “in over their head” and “failed to deliver.”

Not meeting your boss’ goals? The first step to take is to find out why you’re underperforming, says Debbie Brown, an Atlanta-based business consultant and executive coach. “Employees should solicit timely feedback from their boss so that they have the opportunity to improve on their weaknesses,” she says. You don’t have to wait until your annual performance review to get feedback from your supervisor.

Sabrina Braham, an executive coach based in Northern California and host of the Women's Leadership Success podcast, always recommends direct reports get constructive criticism from their manager. “You need to identify your blind spots,” Braham says. “Don’t make assumptions.”

Workers who had a difficult time forming positive relationships with co-workers, clients, and customers were considered problem employees by one quarter of business leaders, the survey found. That doesn’t surprise Angelina Darrisaw, founder of the New York City-based career-coaching firm C-Suite Coach. “People want to feel like their ideas and feelings are respected,” she says. “When you don’t work well with someone, you’re hindering the dynamics of the whole team.”

Trust is at the core of any professional relationship, Braham says. Therefore, to forge authentic relationships with your peers, make sure to give co-workers praise when it’s due, avoid office gossip, and lend colleagues who need help a hand in order to establish yourself as a team player.

Not responsive to coaching or feedback (20%)

Business leaders said one quarter of their problem employees were impervious to feedback and failed to make needed improvements that would boost job performance. If you don’t want to be in that camp, get a clear idea of how your boss measures success, Braham says. For example, if you recently completed data entry for a project, were you working fast enough?

Some supervisors, however, are reluctant to give direct reports criticism. So, depending on your boss’ management style, you may have to be proactive and ask for feedback.

A significant number of the leaders surveyed said their problem employee was not open to change, for one reason or another. “That’s something I’ve seen especially among older workers,” Darrisaw says. “Technology has disrupted so many industries, and if an older employee is really attached to how things have always be done, they may struggle to adapt.”

The solution here, Darrisaw says, is simple: “Be open to change, and be willing to lean in and learn new skills.”

Lacked responsibility for their own actions (17%)

Nearly one-fifth of the participants said their problem employees frequently failed to take responsibility for their actions and were more likely to blame others around them for poor outcomes.

Brown says what this issue boils down to is employees assuming credibility. “If you make a mistake, don’t make excuses,” she says. “If you missed a deadline, you need to hold yourself accountable.”

No one likes a grump, yet some problem employees were described as individuals who were grounded in negativity and “never had anything positive to say.”

Although we all get emotionally drained at times, you have the opportunity to be the beacon of light for others around you. By your actions and responses, you can demonstrate and teach others how to behave in a positive and professional manner. “We’re all dealing with things outside of work, but when you come to the office, it’s about leaving any negative attitude at the door,” Darrisaw says.

Of the business leaders polled, 14% said their problem employees exhibited a lack of commitment to their work, using descriptions like “left early every day” and “regularly didn’t meet deadlines.”

The key for you, as an employee, is being able to align your job performance with your boss’ expectations. “I’ve found, in talking to managers and employees, that generations have different expectations about work ethic,” says Darrisaw. “For some managers, it’s important that their employees show up right at 9 a.m. and want face time with you in the office, whereas other managers are more open to people working from home as long as they get the work done.”

The moral: “You have to understand what your manager’s expectations are,” says Darrisaw, and tailor your actions accordingly in order to prove to your boss that you have a positive work ethic.

Know-it-alls don’t tend to gel well with their co-workers, Braham says. “Self-absorption is a real challenge,” she explains.

One tactic you can use to curb arrogant behavior: “Before you give your opinion, take a deep breath and really listen to what the other person is saying,” Braham recommends.

A small portion of the business leaders said their problem employees didn’t listen and didn’t inform anyone when they were unable to meet expectations. However, doing these three things can make you a more effective communicator:

Although only one in 10 of the business leaders surveyed said certain problem employees were described as being in the wrong role, Brown says this is a common issue. “One of the things I always tell companies I work with is that they need to have the right people doing the right jobs,” she says. “That means an employee’s skills need to align with their job responsibilities. For example, if a job requires attention to detail and someone is not very detailed-oriented, that person is simply not a good fit for that position.”

Sound familiar? Could you use some help finding a job that is a better fit for you? Join Monster for free today. As a member, you can upload up to five versions of your resume—each tailored to the types of jobs that interest you. Recruiters search Monster every day looking to fill top jobs with qualified candidates, just like you. Additionally, you can get job alerts sent directly to your inbox to cut down on time spent looking through ads. Those two simple steps could help weed out the jobs that aren't what you're looking for so that the right jobs find you sooner.