You won’t get a raise or a promotion by being a royal pain in the neck. Avoid these severely irritating behaviors at work. 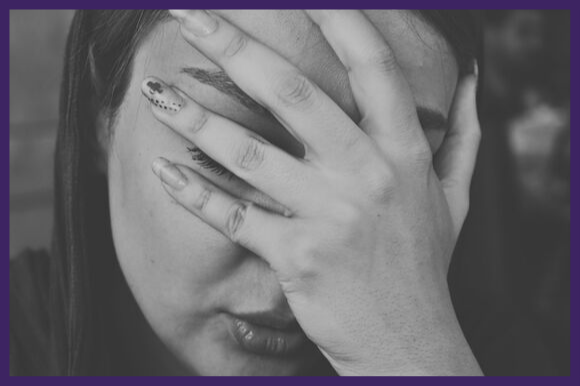 Learn how to avoid getting on your boss’ last nerve.

A bad boss is one guaranteed way to make you hate your job. There are plenty of tips out there about how to survive the workplace when your boss is a jerk, but did you ever stop to think of the reverse? A bad employee is just as surely going to make your boss’s job miserable—and a miserable boss is likely to make you miserable. It’s a cycle, get it?

So how can you avoid getting on your boss’ last nerve? Take a look at the list below and see if you’re habitually guilty of any of the offenses. If you are, you’re probably driving your boss bonkers—thereby jeopardizing any hope of a raise or promotion—and it’s time to reverse course.

Frequently showing up late to work…

This one is simple: Be punctual; it shows you care about your job. If you’re consistently sauntering into the office well after everyone else has arrived, it’s a bad look not only for you but also your boss. Arriving a little late every once in a while is generally not a huge deal—nearly one in five American workers (19%) are late for work at least once a week, a YouGov survey found—but don’t make it a habit.

Think putting in extra hours at the end of the day makes up for being tardy in the morning? Think again. “Generally, employees don’t get credit for staying late, but they do get a penalty for showing up late to work,” says Donald Asher, author of Who Gets Promoted, Who Doesn't, and Why.

…or late to meetings

Similarly, bosses hate when employees roll into meetings late. It’s disruptive, and indicates a lack of respect. “It says to your boss and your co-workers that you think your time is more important than theirs,” says Teri DePuy, a Colorado-based career coach at ICC, Inc.

Putting off a direct request

We know you’re busy, but when your boss asks you to do something—let’s say you’re asked to draft an email to a client—you should turn your focus to the email and get it done. If you’ve got a full plate, ask your boss what you should prioritize: your current workload or the email. Otherwise, when your boss later asks for that draft and you say, “Oh, that? I haven’t gotten to that yet,” well, best of luck to you.

Peppering them with endless questions

Asking your boss questions all the time can give the impression that you’re needy, and make them question whether you’re self-sufficient—especially if they’re questions to which you should know the answer or could easily find out yourself with a little research.

For the critical queries, think ahead and make a list. “When your boss gives you an assignment, ask all of the questions you have in one sitting,” says Mary Abbajay, author of Managing Up: How to Move up, Win at Work, and Succeed with Any Type of Boss. “If you encounter issues, bring it to your boss’ attention, but don’t interrupt them every day with questions.”

“Your job is not to create more work for your boss, it’s to create less and to help your boss be successful,” says Todd Cherches, CEO and co-founder of career-coaching firm Big Blue Gumball.

DePuy agrees. “It’s easy to identify problems, but you’ll get labeled a complainer if you don’t offer solutions,” she says. Instead of presenting your boss with an issue, offer an action plan for resolving the problem. Even if your boss doesn’t adopt it, it shows you don’t expect your manager to solve your problems for you.

For better or worse, your workspace is a reflection of how well organized you are. Keeping a messy desk isn’t going to score you any points, even if you have a so-called system for managing the clutter. You’re still better off tidying your space. “You might know where every tiny thing on your desk is,” Abbajay says, “but your boss is going to look at your mess and think you’re disorganized.”

Your boss wants to see that you’re fully engaged in your work. Making or taking personal calls on company time raises a red flag. It’s also distracting for co-workers, especially if you’re in an open office. Granted, sometimes it’s necessary, say if you get a call from your child’s school, your doctor, or the like. “If you need to make a personal call, step outside, make the call, and then return to your desk,” Abbajay advises. Use your assigned breaks to make any calls that will last longer than a few minutes.

Every office has a chatterbox. Don’t be that person. Just as you shouldn’t interrupt your boss with incessant questions, you should leave your co-workers alone to do their work. Of course, if you have to ask for help, definitely do so, as collaboration and teamwork are part of a healthy office. But don’t distract your co-workers with frequent commentary about last night’s game, reality TV show, or your annoying in-laws.

Chatting behind your co-workers’ backs—or, worse yet, your boss’—can have serious repercussions if they find out about it. But even if they don’t, office gossip can lead to your downfall, as people just won’t trust you. And in every industry, you’re only as good as your reputation. The moral? Don’t engage in gossip, and don’t associate with people who do.

Don’t be a royal pain

Though it’s not written on any job descriptions, not being a pain in your boss’ neck is a requirement, regardless of what industry you work in. One way to stay on their good side is to anticipate their needs (and meet them). Could you use some help with that? Join Monster for free today. As a member, you’ll get career advice, workplace tips, and more sent right to your inbox to help you become a first-rate employee that your boss can’t live without—which is just the kind of employee that other bosses want to hire.