8 bad work habits and how to break them

If any of these behaviors sound familiar, there’s a chance you hold the title of office disaster. Here's how to change to become a more valued employee. 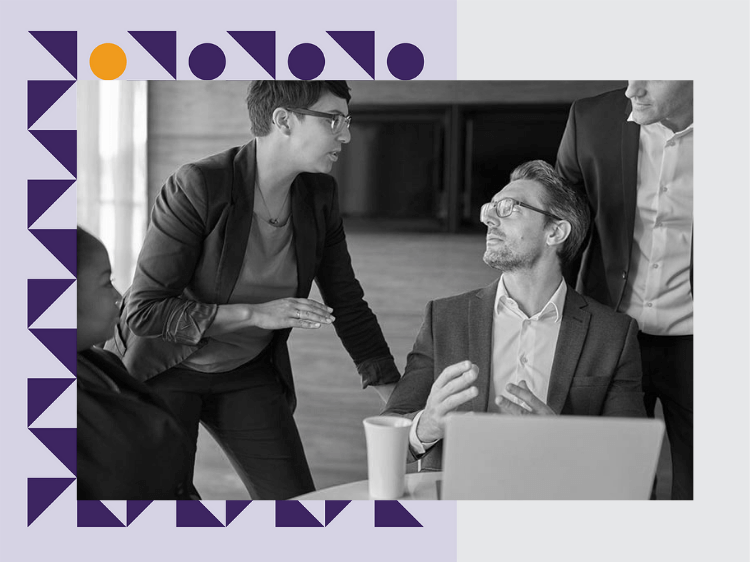 If you think your career path has featured an unusually large number of obstacles and detours that have kept you from reaching your goals, sometimes the easiest solution is right in front of your face. As in, you could be holding yourself back thanks to some bad habits. It’s time to examine your work life and think about what changes you can make to become a more productive and pleasant colleague.

Don’t sabotage your career advancement. If any of these common bad habits sound familiar, make a commitment to break them for good.

Inappropriate use of computer time

For as long as computers have been used in offices, this has been an issue, says Chaim Shapiro, M.Ed, career expert and director of the office for student success at Touro College—but it’s gotten worse. “While the focus may have shifted from Solitaire to Farmville and now to social media, the problem remains,” he says. “Checking personal social media streams has become as expected as checking personal email, but there needs to be a clear line.”

Try this: View your social media time for what it really is—break time—and treat it accordingly.

Many workplaces are moving to results-only environments, often connected to remote work areas or work-from-home schedules, says Lars Sudmann, executive coach and leadership speaker. And with these changes, he explains, comes freedom: “Freedom to define your own schedule, to be present only when needed. However, it can be tempting for some people to abuse these freedoms.”

If you occasionally “work from home” and then go to lunch with friends, take advantage of an unlimited paid time off policy, or if you disappear to the break room one too many times, that’s pressing your luck.

“Once these behaviors are noticed by management and team members, it can be really detrimental for your future career outlook, as the trust that you’ll get things done without supervision is gone,” says Sudmann.

Try this: Respect the freedoms you have. If you’re a remote employee, frequently check in to show you’re on the ball.

Not having an organized game plan

Most workers today have to be multitaskers, but if you’re having trouble prioritizing or completing tasks or missing deadlines, you clearly need a plan of action to get organized and back on the right track.

Even if you think you’re working efficiently by jumping from task to task without goal-setting, things can fall by the wayside. “I’m a big believer in having a plan for the week and the month,” Shapiro says. “There have to be goals and deliverables at the end of the week to make sure that you're still on target and getting things done.”

Try this: Keep a spreadsheet of your weekly accomplishments. Not only will it prove valuable at your six-month review, but it can also keep you motivated to complete at least one major accomplishment every week.

Having a negative attitude

Some people go through life with a glass-half-empty, angry, or victim mindset, says Laura Handrick, career analyst with FitSmallBusiness.com, a New York City–based resource for small business leaders. “You may be angry at your spouse, frustrated that you didn't get a bonus, or annoyed that your washing machine is on the fritz; keep that negativity and frustration out of the workplace,” she says. No one (co-workers and customers alike) enjoys being around someone who gives off negative energy.

“It's not your co-workers' fault that your ex is being a jerk,” says Handrick. “Don't take it out on them, as it will affect your work performance and cause others to not want to work with you.”

Try this: The minute you walk into work, take a deep breath, and adopt a positive attitude of helpfulness and gratefulness.

Neglecting your appearance and overall health

It’s simple human nature: People will treat you differently based on the clothes you wear and the way that you present yourself, says Shapiro. “Coming to work disheveled or without paying attention to personal hygiene will negatively impact your reputation as well as your work,” he says.

Try this: Treat every day as a day that you might meet the company CEO or that top new client, and dress accordingly.

The off-color remarks, dirty jokes, and vulgarity that might have been commonplace and acceptable a decade ago just won’t fly in most workplaces today. And while every company culture will vary in what it defines as acceptable behavior, it’s more important than ever to think before you speak, says Shapiro.

“Some companies are more accepting of colorful language than others, but there is never an excuse for inappropriate or demeaning humor,” he adds.

Try this: Put your comment to the New York Times test. If you wouldn’t want it to be printed in the lead article, just don't say it.

Employees often don't realize that their recreational drug use or drinking carries over to the job. “Those who binge drink on the weekend often call in sick on Mondays,” says Handrick, “and those who smoke or imbibe on weeknights often wake up groggy or irritable the following day.”

If your co-workers see you in a bombed-out state, it will likely result in their perception of you as a poor performer, even if you manage to muddle through on the job, she adds. Not only that, it’s more likely for on-the-job accidents to occur when workers aren’t fully functional.

Try this: It's critical to monitor your after-work activities, as it can take hours or days for alcohol or drugs to clear your system.

You might have been a top performer throughout your career thus far and think you have nothing more to learn, but in a highly changing and rapidly evolving marketplace, that’s the wrong mindset, says Sudmann.

“A common mistake or bad habit is not being coachable,” he explains. “If you don’t listen to feedback to get better, you limit yourself.” As a result, when the time comes for a promotion discussion, your manager may wonder if you’ll be able to develop further if you’re set in your ways.

Try this: Not only do you want to become more accepting of constructive criticism, but you should regularly seek feedback so you can improve and adapt to changes at your company and in your industry.

Tips to be more professional

Bad work habits are not easy to break, but it can be done once you recognize the problem and take steps to correct them. Could you use some help putting some polish on your professionalism? Join Monster for free today. As a member, you’ll get workplace guidance, career advice, and job search tips sent directly to your inbox to help you grow into the kind of employee that companies love to hire. Nobody wakes up one day, suddenly brimming with awesomeness; let Monster teach you what it takes to make a positive, lasting impression on the job.