How to Win at Office Politics Without Selling Your Soul

You’d like to think you can succeed in the workplace purely on your merits. In some offices you can, but in many others, you must know how to play the game. 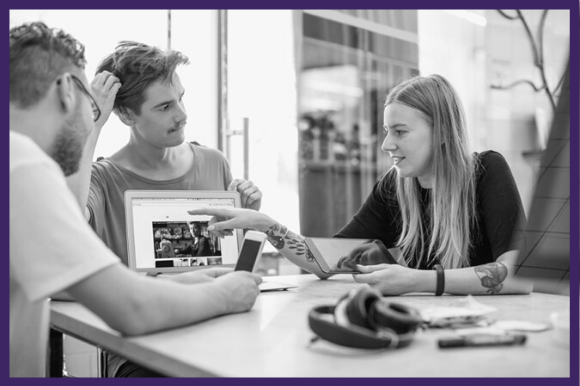 You’ve probably heard it said that in order to succeed in some careers, you have to “play the game.” In other words, you have to learn to deal with office politics. While that may be true to an extent, it doesn’t mean you have to put aside your morals and ethics and play dirty in order to climb the corporate ladder.

Instead, it’s more about understanding the dynamics of your organization so you can take the high road toward your own advancement.

Unfortunately, politics exist in every company of every size. It’s just a matter of the severity of the issues. Workplace politics may be more evident in mid-to-large companies, however, because there are more people competing for resources or visibility.

While there’s nothing wrong with a little friendly competition between colleagues, being drawn into intense political posturing can compromise your values and be bad for the company. This is how to manage tricky office politics without getting in over your head.

Although office politics appears in many ways, at its core, it’s about people vying for more power, more prestige, and more money. Sometimes people feel justified or rational in their behavior because they believe it will be best for the organization, he adds, but ultimately, company politics breeds distrust and suspicion throughout the organization. This hinders innovation and collaboration, which will crush any company’s plans for growth.

Here are a couple of examples of office politics in action:

There’s an obvious “cool kids” club. In some companies, there are in-groups and out-groups, departments that the boss favors over others. When someone outside of the in-crowd proposes an idea, it is dismissed without anybody giving it much thought. But whenever the boss’ favorite employee offers an idea—even if it’s very similar to something previously proposed by someone else—it is taken into consideration and given credence.

People try to form alliances. Another sign of office politics at play is when someone provides an opinion about something office related and then tries to make it your opinion, too. It would sound something like “You know Alice is a really good employee, but I think Jen would make a better manager. Don’t you think?”

There’s a lot of sucking up and undercutting going on. Say two managers are vying for lead on a project. Both will attempt to influence the boss by way of flattery and manipulation. They may even turn on each other if they get desperate.

How to Play the Politics Game

When it comes to workplace politics, you don’t need to exploit work relationships for your own self-interest to get ahead. But it is smart to engage with others and try to earn their trust and exert influence—that’s how true leaders grow. Here are some aboveboard strategies for earning political clout without compromising your integrity.

Keep Your Eye on the Prize

Suppose you have a brilliant idea and your goal is to simply see it come to fruition. This is where collaborating with an “in-group” colleague can work in your favor if you’re willing to give up a portion of the spotlight. Sharing credit for an idea with a colleague boosts the likelihood of it being acted upon.

Say a colleague slips into your office, acts as though you’re his confidant, and tries to ask for your allegiance in some way. Avoid taking the bait by maintaining impartiality, or even carefully changing the subject. In many situations, the best course of action is to deflect. Say something like, “I’ve just been so focused on this project I haven’t had time to think about other things. Have you ever dealt with a project like this?”

When there are underhanded office politics at play, sometimes it might be worth bringing the situation to light. Going back to the situation with the power-hungry managers, the company executives may ask each manager to put together a six-month plan of how their teams will utilize the new space, with cost estimates and revenue projections. This can help end any undermining efforts and instead encourage team members to earn what they want instead of leveraging political clout.

Look for the Warning Signs

Although some corporations are making transparency and ethics a priority, backroom office politics will probably never go away completely. By doing your part to avoid fueling them, however, you can forge forward without selling out. So if you’re a job seeker who’s trying to get away from all the politics of past jobs, a little sleuthing can help you figure out if a prospective employer plays politics. Try these tactics:

Brush up on company history. Read online reviews to get a sense of how current employees feel about their employer. Use corporate “about us” pages to figure out how the management team rose to power. If the VP worked there for 10 years in various roles before rising to the leadership position, their rise was likely merit-based. However, if the VP landed that position unbelievably quickly, it could be a sign that they played politics to get there.

Be straightforward. If you get called for an interview, ask multiple people about the culture. Ask what gets rewarded and who gets promoted. Are rules enforced consistently? Are favors traded when you need to get things done?

When You’re Ready to Stop Playing and Start Working

If you’re stuck in a workplace that’s sabotaging its success with too much office politics, the chances of you getting noticed for your achievements are likely slim. Want to find a new job but not sure of the next step? Start by making a Monster profile. It’s free and easy and can help you connect with recruiters in your industry. Additionally, you can get job alerts, career advice, and much more.