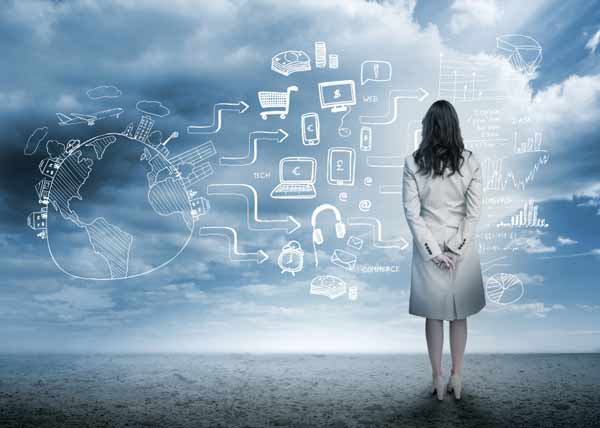 In the United States, women make up only a slightly smaller percentage of the workforce than their male counterparts. According to the United States Department of Labor, women hold 47% of all occupations. The largest number of women work as registered nurses (2.8 million), elementary and middle school teachers (2.7 million), and administrative assistants (2.4 million).

While women still tend to make less than men holding the same position, women in STEM (Science, Technology, Engineering, and Math) roles make, on average, 33% more than women holding non-STEM roles. So why is it that women are severely underrepresented in these roles and why, in some cases, is that already small representation declining?

A brief history of women in STEM occupations

While women are about on par with men in social sciences and biological & medical science roles, holding 58% and 48% of roles, respectively, women only account for 13% of engineering and 25% of computer and math roles. In fact, since the 1970s, the percentage of women working in STEM jobs has been increasing except for those in computer occupations, which has been on the decline since the 1990s.

Although there is a clear absence of women interested in STEM-related occupations, the disparity between men and women interested in these fields doesn’t show itself until later in higher education. In fact, in K-12 education, more girls take precalculus, algebra, and advanced biology courses than their boy peers.

An important question that must be answered in order to increase the percentage of women holding STEM occupations is what can be done to make young girls more interested in STEM and keep them interested?

Many groups are popping up all over the country dedicated towards getting girls interested in STEM fields, partially due in part to the White House’s initiative to growing the participation of women and girls in STEM.

Bethany Ross is the founder if one such groups: Future Tech Women. Bethany studied computer science at the University of New Hampshire and found that after she was outnumbered in her college courses, she remained outnumbered by her male peers in the workplace.

"I started Future Tech Women because as one of the only women in my college classes, I knew first-hand the benefit of being able to learn from other women that were once in my position," explained Bethany. "We need more women working in STEM careers, but the conversation shouldn't just surround women in the workplace—we need to emphasize the need to make girls feel comfortable to pursue STEM-related fields in college, high school, or when they're even younger."

Bethany’s sentiment is shared among many women-in-STEM proponents. Goldie Blox, a toy company focused on creating toys to get young girls interested in engineering, was founded by Debbie Sterling who was unaware of the possibility of pursuing a career in engineering until later in high school. Brainy Girls, an educational magazine focused on science topics for girls, was founded by Marci Koski after she noticed that there was a lack of scientific media targeted towards girls. Another organization, Girls Who Code works to get young girls interested in STEM careers at an early age through summer programs, clubs, and classroom integration. These are just a few of the many new STEM-related startups and groups that are starting the conversation early on with girls.

Furthering Your Career in a STEM Field

While many of these STEM groups are targeted for a younger generation, there are plenty of resources for women in college or currently in the workforce to help with furthering their education or careers. On LinkedIn alone, there are over 80 different groups that come out of a search for “women in STEM” which can be joined to network with other women in similar fields.

Along with online groups, there are multiple meetups and conferences available all over the country like WECode, STEM+Women, and WOC STEM Conference. Many of these are put on by universities or companies and usually offer mentorships.

If you’re not currently working in a STEM field, these groups can help guide you in the right direction towards making a career change. Aside from networking with other women in STEM and learning from them, there are also many online courses and resources available to kickstart your education in a STEM field.