Nine Degrees That Put You on the Fast Track to $100K

These four-year majors can get you to a $100,000 salary in a decade or less. And here's a surprise: Some liberal-arts degrees make the list. 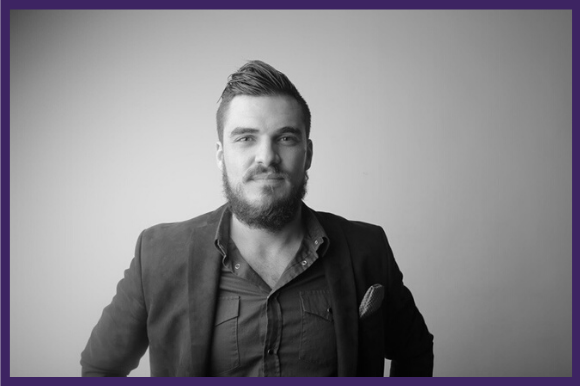 Deciding on a college major is difficult: Should you follow your passions, or should you choose a four-year degree that promises to net a high salary?

There are good arguments for both paths, but if you choose the latter, consider the disciplines on this list, which features some of the top four-year degrees that get earners to big bucks in a decade or less, according to the Monster Salary Guide. And here's a surprise: It's not just those often-touted engineering degrees that make the cut.

Median Pay: $65,682
Top Earning Salary: $109,865
With the price of petroleum products at a premium, it's no wonder that people who know how to obtain oil earn high salaries. People with four-year petroleum-engineering degrees work at locating and analyzing reserves, making petroleum available through drilling and other means, refining petroleum, transporting it, and more. Top earners in this field can expect to make $109,865 a year.

Median Pay: $97,566
Top Earning Salary: $139,225
People earning computer engineering degrees usually have training in electronics, as well as hardware and software design. They are involved in many high-tech fields, working on designing everything from microprocessors to supercomputers. As computers become ever-more ubiquitous in our lives, computer engineers are found in an increasing number of industries. Top earners can expect to earn a salary of $139,225 a year.

Median Pay: $89,157
Top Earning Salary: $121,894
Economics is more than the study of money. When you major in economics, you also learn about history, sociology, and political science—all of which affect economics at the micro and macro level. There’s increasing demand for workers who understand how global market trends affect a business’s bottom line, which should result in good job prospects for people with economics degrees across industries. Top earners can expect to make a salary of $121,894 a year.

Median Pay: $81,413
Top Earning Salary: $99,884
Chemistry is at the root of just about everything, so getting a degree in chemical engineering doesn't necessarily mean you’ll work in a laboratory environment. Graduates with a chemical engineering degree work not only in chemical manufacturing and R&D, but also in fields as diverse as medicine, architecture, green industries, and food processing. Top earners can expect salaries of around $100,00 a year.

Median Pay: $86,694
Top Earning Salary: $106,060
If you ever asked your math teacher, "Will we need this stuff in the real world?" here's your answer. According to the Bureau of Labor Statistics (BLS), people who study applied mathematics go on to use techniques such as mathematical modeling to solve practical problems in business, government, and life. That can include roles such as helping companies streamline their manufacturing processes or analyzing the efficacy of a new pharmaceutical product. Annual salaries for the top earners hit $106,060.

Median Pay: $93,466
Top Earning Salary: $132,592
Physics is not just plugging numbers into formulas to find an object’s force or velocity—it’s a way of thinking. Physics courses train physics majors to approach problems of all kinds in a methodical, logical way. People with physics degrees work in medicine, education, finance, and other fields. Top earners can expect to make $132,592 a year.

Median Pay: $85,169
Top Earning Salary: $117,738
In just about any industry, statisticians are employed to gather and interpret data. According to the BLS, industries from health care to government to finance rely on statisticians to collect data and make predictions that drive decision-making. A degree in statistics is a good foundation for any job that deals with data analysis. Top earners can expect to make a salary of $117,738 annually.

Median Pay: $94,421
Top Earning Salary: $125,467
If you get this degree, employers will really "show you the money." A finance degree is designed to provide broad knowledge in areas such as corporate finance, the banking system, accounting, and financial analysis. People with a finance degree find entry-level jobs in industries such as banking, insurance, and government. The top financial managers can expect to earn $125,467 a year.

Median Pay: $66,240
Top Earning Salary: $100,629
This liberal-arts degree, which covers a broad range of study, gives international relations majors a wide knowledge base that can be applied to a diverse array of occupations in foreign service, journalism, and market research, for instance. Fluency in at least one foreign language will increase opportunities for graduates with this degree. The top market research analysts can expect to earn a salary of $100,629 a year.

How to Reach the Top—Sooner Rather Than Later

Now that you know some of the jobs paying the big money, it's time to position yourself for the paychecks. Need some help? Monster can help you kickstart your career. We’ll walk you through building a resume that will impress hiring managers, leveraging your network, acing the interview, and negotiating starting pay and perks at your first job. Let Monster's experts show you how to start your post-grad career quickly and easily—after all, nobody wants to waste time on the route to success.