35 Best U.S. Cities For Millennials to Live and Work 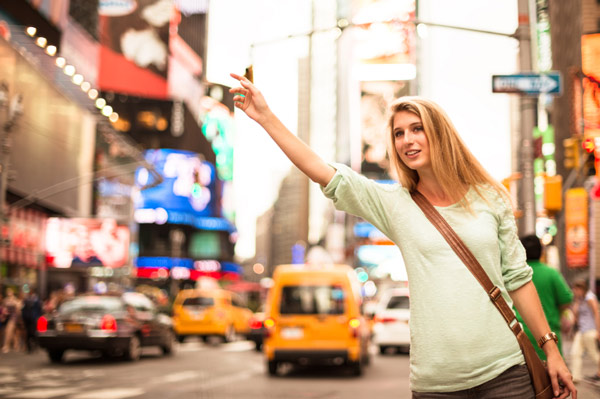 Research shows that the glass is half empty for commuters. They're more likely to divorce, feel restless and stressed, and they get fatter. No matter how you break it down, happiness isn't on that list.

"If you can cut an hourlong commute each way out of your life, it's the [happiness] equivalent of making up an extra $40,000 a year if you're at the $50-to-$60,000 level. Huge ... [So] it's an easy way for us to get happier. Move closer to your place of work," said National Geographic researcher and explorer Dan Buettner, in an NPR interview.

Whether you're a first-time job seeker or looking for a work change come 2015, relocating and moving closer to work might be the key to shifting that glass to half full.

Vocativ, a digital media company, came out with its second annual "35 Best U.S. Cities For People 35 And Under" – a perfect guide that provides Millennials with the best locations to live and work. To no surprise, New York City won the top spot in the rankings, taking over Portland, Oregon, which fell nine places to number 10. The Big Apple was followed by top-five cities Arlington (Tex.), San Francisco, Denver and Austin. Texas scored nine cities in the top 35.

"Despite New York's sky-high real estate market, it's hardly a shock to see NYC take the top spot in our ranking. It has a strong and varied job market, the country's top public transportation system, racial diversity that rivals that of the U.N., amazing food options and more entertainment choices than YouTube," said Scott Cohen, Vocativ CEO in a press release.

Vocativ analyzed metrics including strength of the local job market, housing costs, crime rates, public transportation and weather. The Livability Index also gives weight to a number of lifestyle factors that are equally important to people in their 20s and 30s, such as number of singles, racial diversity, LGBTQ-friendliness, cost of Wi-Fi, walkability and availability of takeout food.

Here's the full list of best cities for Millennials to live and work in (click on cities to see jobs available in that area):

Vocativ breaks down livability into eight categories with top-ranked cities below:

A Night Out : Boise, Idaho

Getting Around: New York, New York

See what entry-level jobs are available in your area!