How to handle 7 types of toxic co-workers

Dealing with toxic people every day is exhausting. Take these steps to halt them in their tracks. 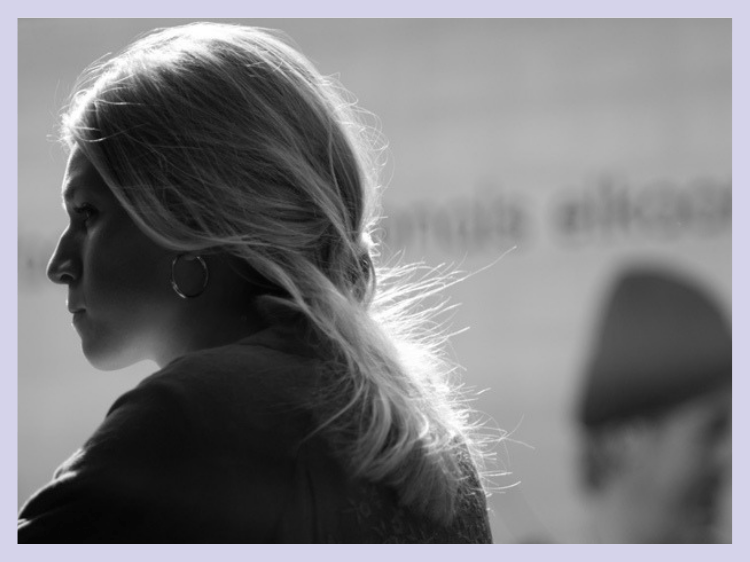 Don't let toxic co-workers take you down with them.

A 2018 study by Olivet Nazarene University asked 2,000 working Americans what bugged them the most about work. Surprise! Number one on the list was interpersonal relationships—73% of respondents are annoyed by two to five people on a regular basis, and a whopping 78% confronted co-workers about their annoying habits. There are a number of opinions out there when it comes to how to deal with toxic co-workers. Here's a universal truth: Like toxic waste, toxic co-workers have to be handled with care. And it’s not healthy to have prolonged exposure to either.

“Whether it’s chronic backstabbing, extreme defensiveness, narcissism, cruelty, bias, discrimination or other forms of mistreatment or misbehavior that they demonstrate, [toxic co-workers] are intolerable to work with or be around for an extended period,” says Kathy Caprino, founder of Connecticut-based career-coaching firm Ellia Communications. “They’re toxic because they’re like a poison to your system and to the organization’s ecosystem, making it hard to maintain your own well-being, professionalism, and collaborative spirit when you’re around them.”

Worse yet, working with a toxic co-worker can negatively impact your job performance and even derail your career if they’re allowed to continue their behavior.

So what’s the best strategy for handling a toxic co-worker? That depends on the type of person you’re dealing with.

The Dr. Jekyll and Mr. Hyde

This peer has a good side and a dark side—and their mood can shift suddenly, says Paul White, co-author of Rising Above a Toxic Workplace: Taking Care of Yourself in an Unhealthy Environment. In a nutshell, this co-worker has an alter ego that makes the person behave nastily toward their peers—putting other people down and firing off insults left and right.

How to cope: The best way to handle this individual is to avoid the person where possible. For example, don’t engage at team happy hours, lunches, or other office social events. And, when you must interact with this person, keep your interactions brief so you don’t risk poking the bear.

Not all contrarians are named Mary Mary, so be on the lookout for someone who is constantly saying “no” or contradicting other normally positive people. Attitudes are contagious, and the contrarian can quickly sour an office.

How to cope: There are two ways to handle contagious materials: contain or counteract. The same applies to the contrarian. “Don’t give in and chime in with your negativity, but rather be friendly and keep conversations light with this person,” advises Jennifer Lee Magas, vice president of Magas Media Consultants, LLC, a public relations firm in Connecticut. In other words, keep their negativity contained by limiting your exposure to it. “While you might initially feel obligated to lend an ear, associating yourself too closely with this person can give you a bad reputation at work,”

In the end, it depends whether you have to work with this person on a regular basis. If you don’t, you can somewhat easily avoid them (depending on the size of the office). If you do, Magas offers great advice: Don’t give in. In the same way that negativity is contagious, so, too, is positivity. Counteract the negative with a healthy dose of the positive and watch the toxicity wither away.

These toxic co-workers place blame on other people and don’t take responsibility for their actions. This behavior can happen even during seemingly innocuous situations. (“You broke the printer, not me.”)

How to cope: In many cases, finger pointers aren’t aware of their bad habits. Thus, your first attempt should be to address with the person one on one. Explain the facts of the situation in a clear and non-threatening way. Then ask them if your version of the story matches up with theirs. From there, you can talk through the discrepancies and then develop a solution together.

Mitchell Kusy, a professor at Antioch University’s Graduate School of Leadership & Change and author of Why I Don't Work Here Anymore, recommends closing the conversation with a clear objective: “Based upon our discussion today, here’s what we’re going to do going forward to avoid this issue in the future.”

Gossip can wreck your reputation if you don’t address the issue, yet every office has a gossip queen or king. Such toxic co-workers thrive on speculating about romances between co-workers, spreading rumors, and talking negatively about other people when they’re not around.

How to cope: When it comes to how to deal with toxic co-workers who talk negatively about you to other people, confront the instigator directly. The key, though, is to approach the person in private and politely, while firmly expressing your displeasure. One tactic: Start the conversation lightly. For instance, “I heard the strangest thing…”

Your goal is to get clarity without adding fuel to the rumor mill, says Caprino. So if the conversation steers into uncomfortable territory, make your stance clear: “I’m sorry, it sounds like you’re dealing with a tough situation, but I’m just not comfortable talking about a co-worker.”

These toxic co-workers might agree to help you with a project but then come up short or miss a deadline and feign ignorance. That kind of behavior can make you look bad in front of your boss, which could hurt your ability to get plum assignments or promotions.

How to cope: This is another instance where you should broach the subject with the person directly: “I got the impression you understood the job’s requirements when we spoke before the meeting but then the job was left unfinished. I’d like to know what wasn’t clear so I can avoid this in the future.”

Still waiting for that report you asked for last week? Check. Finishing the group project on your own? Check. Just got an email that begins with, "So sorry I forgot..."? Check. Still wondering how to spot a flake? Nope. Unfortunately, almost every office will have a few employees who don’t pull their weight and flake on assignments. If only everyone was as hardworking as you.

How to cope: “Trusting this person to help you out will ultimately leave you unprepared or taken advantage of,” Magas says. “You would think they’d at least give you a heads-up before not showing up for the big meeting.”

So try to avoid working on projects with the flake, with lines like, “I know you suggested working with [the flake], but [another colleague] would bring a more complementary skill set. Could she and I tackle this together instead?” This way rather than throwing someone under the bus, you’re making it look like your interests are with getting the best results for the company. If that tack doesn’t work, make sure to create defenses that will shield your reputation.

For example, as annoying as it is, sending the person regular reminders of project expectations will give you a trail of documented evidence should anybody at a higher level ask questions later about why X didn’t get done. Or, suggest using a collaborative workflow tool, with steps to be checked off when tasks are completed, and note that you’ll give the boss access for transparency. The risk of looking badly to the manager may prompt the person to shape up and deliver. Or at least semi-deliver.

You’ve done all the hard work and achieved great results—only to have your co-worker steal credit for your work and ideas. This person’s behavior can come back to bite you during performance reviews and stop you from getting that raise you deserve.

How to cope: Take ownership of your ideas by copying your boss on important emails, like project updates. This will ensure you receive recognition for your hard work—and stop credit thieves in their tracks.

When should you get your boss involved?

Of course, after a few times of covering for the flake—or trying to redirect the gossiper or run the other direction when you see the complainer—you may start feeling a little frustrated not just with the person but also with your job. And that’s when you’ve got a serious choice to make: If you’ve tried to resolve the issue with your toxic co-worker directly but their behavior hasn’t changed, bring it to your boss. It’s not going to be easy or comfortable to have this conversation with your manager, but preparation can help.

“Plan what you’re going to say and bounce it off an outside party to make sure you’re communicating clearly exactly what the issue is,” Caprino advises, “and have in mind what you’re hoping would be a successful outcome of sharing this with your boss.”

Don’t stay in a toxic workplace

Knowing how to deal with toxic co-workers can sometimes prove futile if the offender's behavior is having a detrimental effect on your health or work performance. There is no reason to sit and take it. Could you use some help finding a better job? Join Monster for free today. As a member, you can upload up to five versions of your resume—each tailored to the types of jobs that interest you. Recruiters search Monster every day looking to fill top jobs with qualified candidates, just like you. Additionally, you can get job alerts sent directly to your inbox to cut down on time spent looking through ads. Your job shouldn’t make you miserable. Let Monster help you find a job where the people support you.