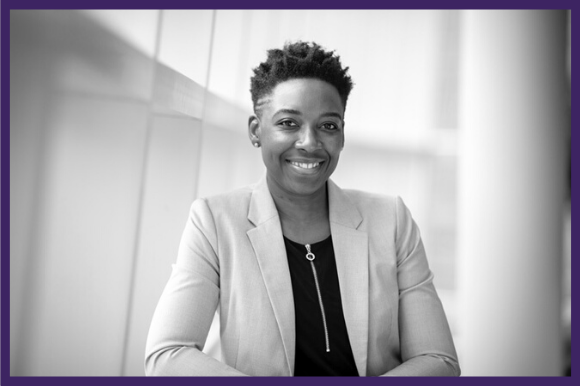 Learn how to ask for a raise the right way.

If you're employed during the pandemic, there's a good chance you won't get a raise. You probably feel scared asking for a raise. You may even have taken a pay cut. And you've probably been told—or you've at least told yourself—that you should be grateful to have a job at all. But once the pandemic is behind us, a question arises: When is it a good time to learn how to ask for a raise?

The answer is still uncertain right now, but it's a great time to do your homework and prepare your request in a professional way.

During these unprecedented times, you don't necessarily need to hold off on asking for a raise, but carefully consider the situation that your company is in before you move forward, says Vicki Salemi, Monster’s career expert. “You can start by acknowledging that these are indeed tricky times by saying something like, "I know this hasn't been a typically normal business as usual type of year, but my performance has excelled based on XYZ. Is it possible to consider a raise for the first of the year?”

That said, if your company furloughed and/or laid off employees, it’s probably best to hold off, or at least keep expectations in check. You can still ask for a raise when things begin to improve, says Salemi, do it with the understanding that your boss may want to pay you more, but may not be able to.

Arm yourself with facts

Once you’re confident that the timing is right, the next step is to go in prepared. “Before you ask for a raise, always know your worth,” says Salemi. You can gather information from a variety of sources including:

Your HR department: Some organizations may disclose salary ranges on the company's intranet site or if you reach out and ask.

Industry research: Contact the national professional organization for your industry (such as the AICPA for accountants), and look on their website for local chapters, says Salemi. If you don't already have contacts locally, reach out to see if they have a going rate in mind for someone with your skills and experiences.

Salary databases: These can be useful tools for a general ballpark, but keep in mind that salaries can fluctuate widely depending upon the type of company as well as geography. Monster's Salary Guide allows you to search by job title and location so you can get a more accurate number.

Former bosses and colleagues: Get a sense of what they pay someone in their organization with your skills and experiences.

Once you gather all of this information, think about how your salary stacks up. For instance, if you've determined that your job pays a range of $80k–$100k, and you have several years of experience, it’s reasonable to aim for the top of the range. “This salary insight is also incredibly helpful to use as a guideline when you start searching externally as well,” says Salemi.

After you have a figure in mind, you need to know how to ask for a raise in such a way that it's almost obvious why you're asking. Start by listing out all you've achieved throughout the year, says Salemi. Try to make your metrics as quantifiable as possible—something like “I exceeded my quarterly sales quota by 20%” is effective.

After you compile your bullet points, try to schedule a chat with your supervisor. “Try to have this conversation in person,” says Salemi. If you can’t because of the pandemic, then aim for a video call, or at least a phone call.

During the conversation, share your findings and your list of accomplishments. You can also discuss additional ways in which you’re eager to contribute to the business if you’re seeking a promotion.

Have a back-up plan

If you’re turned down for a raise because of the current economic climate, you could ask for other forms of compensation. First, see if a spot-award bonus or a year-end bonus can be awarded. “Oftentimes, it's considered differently within the budget because it's not direct compensation and usually won't create an imbalance in internal equity among your peers,” says Salemi.

If money is tight, you can try asking for more personal time off, or reimbursement for online home expenses like your monthly WiFi bill and office equipment, especially if you work remotely. It might not be the raise you want, but it can be a show of good faith that shows you are valued.

As your conversation wraps up, if your boss is open to your request or flat-out approved it, don’t leave without discussing next steps. You can start by asking that they put the agreement in writing, and loop in HR and/or payroll as needed.

If a raise is future dated for a few months down the road, still get that approval in writing and then follow up to make sure that the raise actually occurs when it's supposed to.

Another possibility is that your boss may ask you to table the discussion for a later date. If that’s the case, put it on your calendar to remind yourself to follow up and take the initiative to do so.

If you're been given the runaround, or if no raise is in sight, knowing how to ask for a raise won't get you the results you're after. It's time to fire up a job search and get paid what you deserve. Need some help taking the first steps? Join Monster for free today. As a member, you can upload up to five versions of your resume—each tailored to the types of jobs that interest you. Recruiters search Monster every day looking to fill top jobs with qualified candidates, just like you. Additionally, you can get job alerts sent directly to your inbox to cut down on time spent looking through ads. Those are just two quick and easy ways Monster can help you plot the next steps along your career path.