Take a note from these career mavens who understand the times may have changed, but workplace politics haven’t. 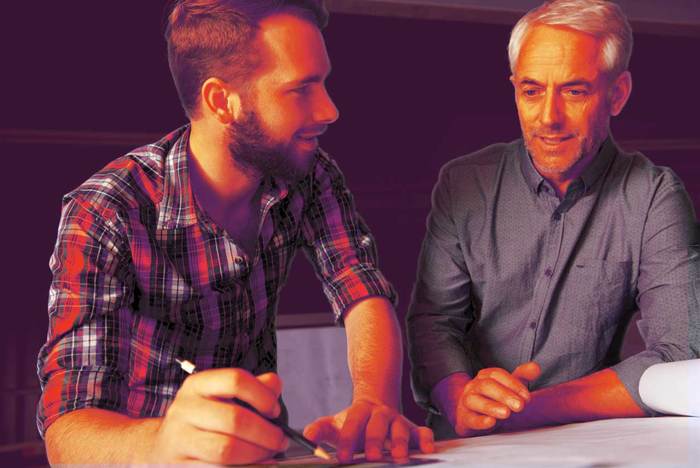 Millennials, the largest generation in the U.S. workforce, are missing soft skills and quitting jobs early, according to just about everyone.

In fact, they’re quitting jobs earlier than any other generation, according to a survey by Upwork, which found 58% of millennials born between the early 1980s and the early 2000s expect to stay in a position for less than three years. On the other hand, Gen Xers (born between 1965 and 1981) reported leaving a company after five years followed by baby boomers (born between 1946 and 1964) at seven years, according to the survey.

So why do these generations feel so differently about work? Is there something millennials can learn from preceding generations to help them build long-lasting careers?

Monster spoke with a few workers from the Gen X and baby boomer generations to get their most valuable nuggets of career advice for today’s new workers.

A well-designed resume will help millennials stand out in today’s market, says Barbara Finer, 50, CEO of TechSandBox, a science and technology incubator in Hopkinton, Massachusetts, noting it is much easier to grab attention today than ever before.

“A neat layout is eye-appealing (though it can be hard when many companies use forms),” she explains. “Nail the three-to-five bullets that show what are you really good at and what you want to learn.”

“Target positions and roles that will enable you to thrive.”

Jonathan Kroll, 48, executive director at The Institute for Leadership and Training in Boston, advises millennials to go after positions where they know they can work their way up and showcase their skills.

“That may mean you take a position that is less thrilling or has a title that feels limiting as compared to the ‘ideal’ job,” he says. “But the available time you have to explore other interests and callings will provide much nourishment, joy and meaning.”

“Understand the company culture and do your homework.”

If you’re a millennial anticipating your first interview, make sure you’ve researched the company and understand the job description beforehand.

“The best advice is to understand the culture and do some homework on who will be interviewing you so you get an idea of their sensibilities,” says Finer.

Kroll agrees, noting, “When speaking with the interviewer, drop hints so they know you took the time to do the reconnaissance.”

“Talk to people who have the position you want.”

Finer suggests that millennials take the time to speak with someone who's had experience as a manager in a variety of company types and sizes.

“Ask them what they see in you after you've told your story,” she suggests. “It's amazing what some people have accomplished in their years of experience that is still applicable to a new position today.”

“Don’t be afraid to start from the bottom.”

When first starting out, baby boomers suggest millennials learn to accept that they will need to work their way up. Furthermore, find mentors and advisors who can give you the challenge and support to develop skills to grow into future roles and opportunities.

“Take any job that will introduce you to people who may open the right doors,” says Victoria Cannell, 58, a grade school teacher in Ohio. “In teaching, that may mean being a substitute or an aide for a while.”

“Relate to your co-workers beyond trying to network.”

Kroll, however, advises that millennials take the time to get to know their co-workers.

“When working at an internship or entry-level role, be sure to build relationships, not just items for the resume,” he says. “Those personal connections will go much further than any line item on the resume.”

“Quit if you’re unhappy, but do so in a professional manner.”

Baby boomers don’t necessarily think millennials should be afraid to quit their jobs but that they should do so for the right reasons.

“I would never advise someone to stay in a miserable job. If you can afford to leave, go for it,” says Cannell. “Just be professional and give your employer plenty of time to get a replacement. For example, as a teacher, don't quit mid-year. Think of the children as it is really hard on them to adjust to a new teacher during the year.”