If you’re a skilled data scientist or a UI designer, there’s plenty of progress to be made improving these automated online messengers. 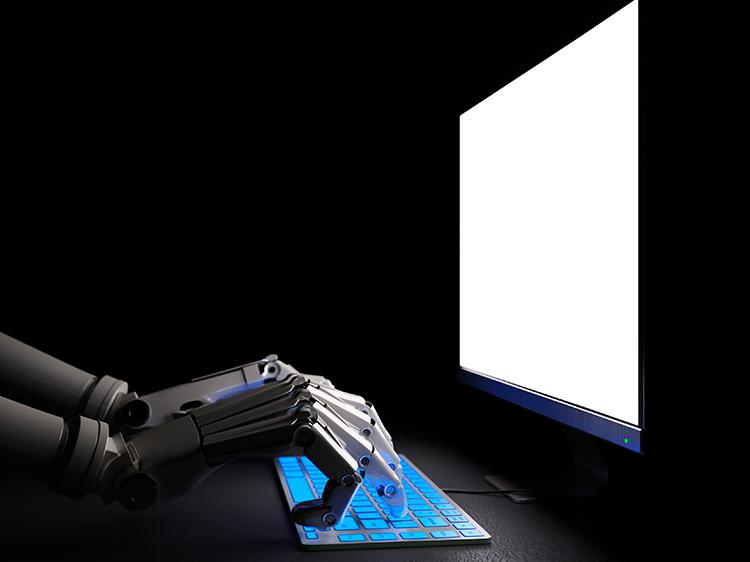 Chatbots. Is there anything they can’t do? Well, for starters, they can’t perfectly mimic human responses. But that may be where you come in.

Chatbots are software programs that interact with humans via a chat interface and can help users do things like schedule a meeting, pick out flowers or order a pizza. A number of brands and companies have already invested in such bots, from 1-800-Flowers to CNN to Tommy Hilfiger. Chatbots can also be deployed through already existing chat platforms like Facebook Messenger or Slack.

And while they’re not exactly going to be passing a Turing test anytime soon—sorry Ex Machina, we’re not there just yet—companies are investing in skilled employees to help make the chat machine less like a machine and more like a human.

The fact is, chatbots suffer from the same problems that currently plague other types of artificial intelligence. The bots’ results are often inaccurate, and they have trouble understanding human users, especially when the language becomes more complex (developers are working to give the bots an increased vocabulary and a more casual, conversational tone). Additionally, spam chatbots have inundated users with unnecessary or annoying messages, and sometimes even malicious links. If people start using chatbots to regularly make purchases, there will be a need for serious cyber security measures to protect individuals’ personal information and to prevent phishing.

So if chatbots are in fact the future, they’re going to need a lot of help getting there, starting right now. To wit, here are just a handful of jobs currently available: Mayfield Fund is looking for a founding growth data scientist whose work will focus on integrating its chatbot with Facebook Messenger; Mass Markets is hiring a senior director of social and chatbots; AOL is looking for a principal UI designer who will be creating chatbots for Facebook Messenger and other similar platforms; HealthTap is seeking a data scientist / first product growth data scientist to enhance its chatbot’s capabilities; Amazon is looking for a principle machine learning scientist that has experience building chatbots.

This glut of opportunity was fueled in part by Facebook, which, last April, allowed businesses to build chatbots that could interact with users via its popular chat app Messenger. Since then, developers have made 30,000 chatbots on Messenger. That number could grow with Facebook’s recent announcement: a new Messenger feature that will allow chatbots on its platform to accept payments directly, as opposed to having to go through an external website.

Facebook partnered with PayPal, Visa, MasterCard, American Express and other payment processing companies to implement this new Messenger feature. With over 900 million human users on Messenger, many companies are hoping that chatbots could be the long-sought-after way to monetize messaging.

One thing is for certain: Chatbots are sure proving advantageous to job-seekers hoping to monetize their tech skills in the here and now.