Top ways to gain respect as a leader

Trying to be a good boss? The little things can make a big difference. 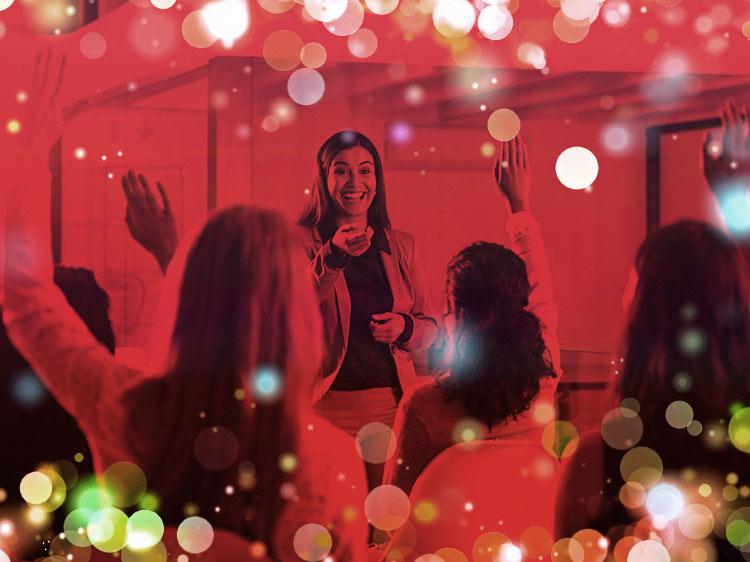 Keeping your team motivated and engaged builds trust and respect.

Respect. Aretha Franklin wants it, and so do you as a manager—and not just because you’re a human being worthy of cordial treatment from your direct reports. Respect is critical to a functional, healthy workplace.

“Business is a team sport,” points out Jodi Glickman, communications expert and CEO of leadership development firm Great on the Job. “If your team respects you, they’ll go above and beyond for you. But if they don’t respect you, you’ll have trouble succeeding.”

Gaining and keeping the respect of your direct reports, though—whether you’re new at the company, or newly promoted over your peers—isn’t as easy as singing a song a la Aretha. You have to prove that you’re worthy, especially if you were recently promoted to a leadership position.

“When you’re a new boss, there are going to be questions about your competence,” says Linda Hill, Harvard Business School professor and coauthor of Being the Boss: The 3 Imperatives for Becoming a Great Leader. “One of the big challenges for new managers is they don’t know how to behave on the job.”

Sound familiar? Try these steps  to gain respect as a leader.

Get in learning mode

Just as your new team must adapt to you, so must you adapt to them. “If you’re a new manager and you come in and act like you know everything, there’s a good chance you’ll lose respect right off the bat,” Glickman says. Ditch any inclinations to take a “my way or the highway” approach.

Part of getting acclimated to a job, Hill says, is learning how things are done from your employees before you start rewriting rules. “You always have a point of view, but it’s important to go in with a learning mindset,” Hill says. “Even if you’ve been brought in to be a change agent, employees still want to see that you’re going to take time to learn.”

“The common thing managers do that erodes respect is they don’t spend enough time listening to and learning from their employees,” Hill adds.

Be transparent about your motives

A new manager is naturally going to kick up suspicions and anxiety among team members. Your intentions are unknown to them, and that can freak them out. Be as honest as you can in terms of sharing your goals, especially when you begin new projects or product launches. Let employees know what’s going on, as well as the motivations behind your choices. Don’t let them draw their own conclusions.

And in the event you need to deliver bad news, don’t try to sugarcoat it. “The best thing you can do for your team is level with them,” says Glickman. “If your company is in a transitional period, you might say, “Things are tough right now, but I have your back. If you have problems, come to me and I’ll help you solve them.’”

Don’t just welcome feedback—seek it out

Many leaders make the mistake of taking hands-off approach to soliciting feedback from their employees, says Katy Tynan, author of Survive Your Promotion! The 90 Day Success Plan for New Managers. “Almost every manager walks in and says they have an open door policy, but talk is cheap,” she says. “Also, what does it even mean to have an open door policy? Does it mean employees can walk into your office at any time? Probably not.”

Instead of sitting back and waiting for employees to come to you, go to them. Glickman recommends doing one-on-one check-ins with employees monthly. “Don’t just say, ‘I’m open to your feedback.’ Say, ‘I really value your feedback. Let’s put time on the calendar for us to discuss how things are going.’”

And don’t forget the flipside: Great leaders also freely give their employees feedback.

Praise in public; correct in private

This popular workplace maxim basically says managers should give their employees public praise when it’s due, and address work or performance issues with employees privately.

“Negative feedback should never be a public conversation,” Glickman echoes. Even if your patience is being tested, hold your tongue. This will benefit both you and your employee in terms of maintaining respectability.

“As human beings, we don’t respond well to criticism,” Tynan says. “Most people go into a defensive mode when you give them critical feedback, so it needs to be done in private.”

Tell staff what to do, not how to do it

Keeping your team motivated and engaged builds trust and respect. However, “people don’t want to follow leaders into the future,” says Hill. “They want to co-create it.”

Put simply: Resist any urge to micromanage your employees. Effective delegation is an important component of becoming a respected leader—and people often have trouble trusting a boss that can't let go. So, when you assign employees important tasks, be upfront about your expectations, and then stand back and let them shine.

Breathe: You’ve got this

No one person can do it all, so cut yourself some slack. Chances are, you won’t be a perfect boss all of the time. Leading a team isn’t easy, but if you’re committed to your own development, you’ll have more good days than bad ones. Need some help managing it all? Join Monster today. As a member, you’ll get leadership lessons and career advice sent directly to your inbox. Think of it as continuing education.