Here’s what you need to know about Gen Z

A Monster study suggests that the 72 million members of Gen Z are harder-working and more ambitious than you probably thought. 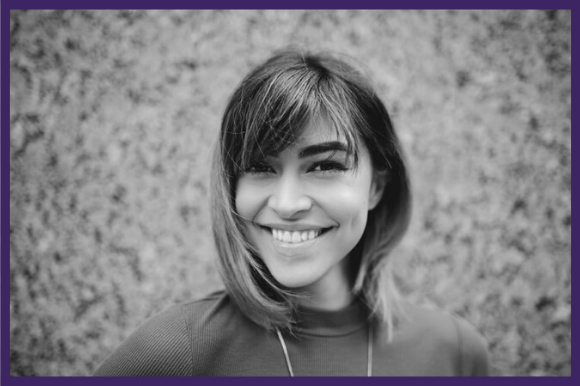 It’s easy to underestimate Generation Z, that is, if you estimate them at all.

As Millennials’ successors, Gen Z—born from 1997 onward—is all-too-easily chalked up as a gaggle of Snapchat-obsessed, smartphone-addicted kids, who are too wrapped up in Pokémon Go to be serious about their future careers. But a Monster study suggests that the 72 million members of Gen Z are harder-working and more ambitious than you probably thought.

Not only are members of Gen Z likely to be the most well-educated generation yet, they're also more racially and ethnically diverse than any generation to come before them.

Monster and global research firm TNS fielded the Monster Multi-Generational Survey, which surveyed more than 2,000 working and non-working people across the Boomer, X, Y, and Z generations to find out what makes them each tick when it comes to jobs. More than 500 of the respondents were aged 15 to 20—a.k.a. a core sampling Gen Z’ers that are starting to think about work.

Since you’re likely to be among this generation’s leaders when they enter the workforce, you might want to know whom you’re about to be dealing with.

What do they want out of work?

Compared to the other generations studied by Monster, Gen Z’s approach to work habits is remarkably practical and money-minded. Seven out of 10 described salary as their top work motivator, while 70% also described health insurance as their top workplace “must-have.”

So much for the XBox and office rock climbing walls companies have long been using to draw Millennials.

You may, however, need to think about shelling out a few more dollars per quarter for their tech. Gen Z was born into the tech era—they can scarcely remember a word without smartphones. As such, some 39% of Gen Z respondents in the survey said a smartphone will be “essential” to their jobs, compared to just 25% of those polled in all prior generations, and 23% expect texting will be necessary for their work communications (vs. 13% across all other working generations). And you’d better get the full data package, since nearly a quarter of these always-on digital natives said “social networking” will be essential to their work vs. only 9% across all other working generations.

Additionally, with remote work becoming more common, it’s no surprise that Gen Z assumes you’ll be giving them laptop computers (37% said these are “essential” to their future job vs. 30% across all other working generations).

So they’re not going to be slackers?

No. In fact, they’re anything but.

According to the survey, 76% of Gen Z respondents described themselves as responsible for driving their own career.

Meanwhile 58% said they’d be willing to work nights and weekends for higher pay. Compared with previous generations, only 45% of Millennials said they’d put in more hours for more money, while for Gen X and baby boomers the percentage dropped to 40% or lower. So the great news is that you will have some very productive heads-down workers joining your team—but they’ll come at a cost.

While salary is important to this group, it’s not the only thing driving them to work hard: 74% rank purpose ahead of a paycheck (vs. 70% of millennials, 66% of Gen X and 67% of Boomer respondents). In other words, these young people want to care about the work they do. So it’ll be important for you to help keep Gen Z engaged in the mission of what you’re doing if you want to keep them engaged in the job.

If your Gen Z hires do decide to quit on you, it may be because they’re ready to go solo. Nearly half (42%) said they want to have their own business. That’s 10 percentage points higher than all other working generations surveyed. In a world where apps like Snapchat (whose founder was born in 1990) can achieve seemingly overnight success, what’s to stop someone in the ranks of Gen Z from creating the next big thing?

Recognizing Gen Z’s entrepreneurial obsession, you might want to offer your future employees more opportunity to “own” their work to keep these hard workers on the payroll as long as you can.