If you crushed it your first few years on the job, a bump in pay will be a no-brainer. 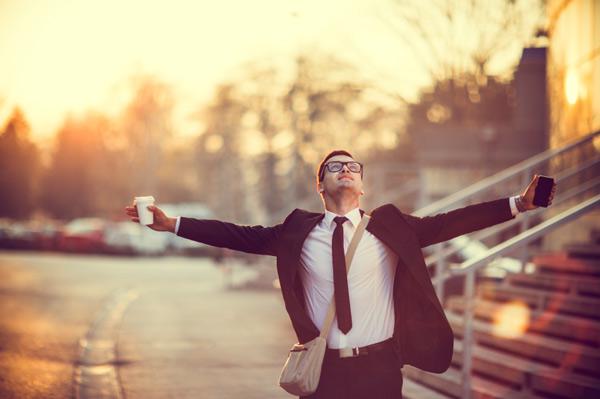 You’ve consistently put your nose to the grindstone and cranked out some work that really wowed your boss—especially considering you're in the early years of your career. First of all, kudos to you! But now is not the time to kick back. You need to keep delivering if you want to snag your first promotion, which is no easy feat. And yet, 40% of millennials expect a promotion every one to two years, a recent Addison Group survey found.

You’ll need to make an ace impression when you step through the door, says career coach Roberta Matuson, author of Suddenly in Charge: Managing Up, Managing Down, Succeeding All Around. “From day one you need to produce and start delivering great results,” says Matuson.

If you’re serious about landing a promotion, there are a few things that need to happen first.

Get clear expectations from your boss

The key to being a star performer at any stage in your career: Make the boss happy. Sit down with your manager and set specific goals for yourself. “Say, ‘I want to hit the ground running and exceed your expectations. What can I do?’” recommends Julie Cohen, career coach and CEO of professional training program Work. Life. Leader.

Express that you’d like to connect quarterly to review your performance, says Cohen, and use your first meeting to broach the subject (e.g., “As you can see, I’m committed to delivering great work. What will it take to get promoted?”)

Your boss probably isn’t tracking your every accomplishment, so keep a log of your quantifiable accomplishments—that way you have concrete results to cite when you ask for a promotion. Matuson calls this “strategic bragging.” “You have to toot your own horn in order to be heard in a sea of cubicles,” she says.

Also, record the skills you acquire and make sure to consistently update your resume to reflect them, says Cohen.

Cozy up to HR

A friend in HR may be your ticket to nabbing a promotion. “Having an informant in HR who can tell you about job openings gives you an advantage over your peers,” says Donald Asher, career consultant and author of Who Gets Promoted, Who Doesn't and Why.

Take the person to lunch to start building rapport. Once you’ve established a relationship, your confidant may even be able to tip you off about promotion opportunities in other departments. “HR has a pulse on what’s happening across the organization,” says Cohen.

Push beyond your job description

Once you’ve proven yourself capable of delivering great work, ask your manager to take on more responsibility. But be specific by asking to work on particular tasks or projects. You want to take on “stretch assignments,” or jobs that give you a trial run at the promotion you’re eyeing, says Asher. You can say, “I heard there’s going to be a new product line. How can I get involved with that?”

While your boss wants to see you’re a team player, you still need to distinguish yourself from your peers. “Individuals get promoted, not teams,” says Asher.

Executive coach Joel Garfinkle, author of Getting Ahead: Three Steps to Take Your Career to the Next Level advises taking ownership of a group project. “Even if there’s not an assigned leader, assume that role,” he says. “Be the one who makes the final presentation. Be the one who updates the boss.”

Ask for the promotion

It sounds basic, but many employees expect their boss to hand them a promotion. However, if you don’t ask, you shall not receive.

Of course, there’s the possibility that you won’t get promoted (even if you do all of the above). There may be circumstances outside your control, says Matuson: The company could freeze raises, your boss quits, or—gasp!—one of your peers gets tapped for the job.

If it’s the latter, find out why you were passed over, but keep the focus on you. Say, “What could I have done differently so that would have been me?” Then, use the feedback to improve your performance and position yourself for a promotion in the coming year.

Find that promotion somewhere else

If you’ve been killing it at work, but there’s still no pay raise or title change in sight, you might have to cut your losses.

“Many times, actually more often than not, a promotion is easier to attain at a new job than at your current employer,” says Monster’s career expert Vicki Salemi. “I've seen countless candidates make the leap from $85,000 at their current employer to an associate to $120,000 as an associate director with their new one.”

And making a move could bring more than a salary bump. There’s often a signing bonus, new title, more responsibility and leadership roles that come with a promotion. So keep proving yourself to your boss, but if you feel stuck for too long, it might be time to re-vamp your resume and  start looking for a new job.