Mark Zuckerberg is learning Mandarin—here’s why you should too

The Facebook founder's recent presentation in Chinese is a great reminder of the effect brushing up on a foreign language could have on your career. 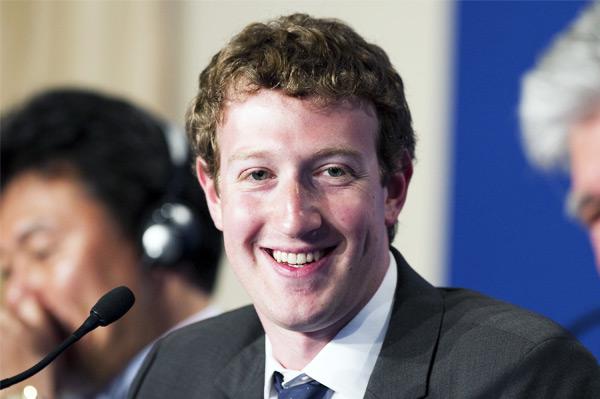 A video of Facebook founder Mark Zuckerberg giving a 20-minute speech in Mandarin is making the Internet rounds this week, and it’s a slightly surreal sight. In subtitled, American-accented Chinese, he reels off a series of Facebook-related generalities (“Every person wants to connect!”) before an audience best described as “tolerant.”

But at least to this non-speaker, Zuck’s proficiency is impressive—especially coming on the heels of his last attempt, compared in some circles to “a 7-year-old with a mouth full of marbles.”

It’s easy to understand Zuckerberg’s motivation. Facebook has been blocked in China since 2009, when the government alleged that it was used to plan a series of riots in Xinjiang. By impressing—whether by learning the language or strategically placing Xi Jinping’s book on his desk—Zuckerberg has a lot to gain.

That’s earned him the title “China Brown Noser of the Year” from Forbes, but it also opens up some interesting questions about the value of picking up a second language for workers in the tech sphere.  A few reasons you might want to follow Zuckerberg’s lead:

You could earn more money.

Many of the biggest tech companies have offices overseas. While you and your counterparts abroad may already speak the same programming language, speaking the same actual language can help you communicate better. That could lead to better results, and more room for advancement in title and pay.

The benefits of learning a second—or third, or eighth language—are hardly unique to the tech industry. According to MIT economist Albert Saiz, bilingual workers can earn more than their English-only counterparts, with different premiums for different languages.

Fluency in Spanish will get you an extra 1.5%, for instance, while French is worth 2.3%. German speakers go one better, with a 3.8% bonus that could seriously add up over the course of a career.

Still, these are paltry numbers compared to the value of learning English for foreign-language workers. Research from the University of Houston found that immigrants with a solid understanding of English have seen a 30% rise in wages.

You could qualify for a wider range of jobs.

A larger (if not awesomely larger) paycheck isn’t the only reason to start going to Berlitz classes. If the pay bump isn’t spectacular, the variety of jobs you open yourself up to by learning a new language certainly is.

The global economy means that tech companies need their products to be equally accessible to speakers of all different languages, making translators for things like instruction manuals (or the copy that shows up on your smartphone) more important than ever. The Bureau of Labor Statistics expects translator jobs to grow by 46% by 2022.

That’s just one area of the job market where foreign language skills are a plus. There are plenty of programmer, business development, and customer support jobs where being bilingual is a requirement. If nothing else, it’s a surefire way of improving your chances of finding work—with only 15 to 20% of Americans considering themselves bilingual, you’ll be competing with a narrower set of workers in the job market.

You could get a job abroad.

U.S. tech workers can earn a premium working in other countries, particularly as consultants. Some US employers will dispense various perks, like housing allowances, to bring workers into overseas branch offices.

The demand for bilingual workers will only rise as more and more US companies staff up talent in foreign countries. “Every CEO worldwide is interested in China as a market," Sam Lee, managing director of the consultancy Dextrys, told InfoWorld. And while the process of outsourcing yourself isn’t the easiest, the increasing necessity of foreign workers means that techies with overseas experience are a particularly valuable commodity.

Tech employers are targeting these key benefits for cutbacks

NFL streaming deal could be big news for tech workers

How to land a job in virtual reality tech