Millennials, you might want to watch the $%!# you say at work

This is what your co-workers really think about that potty mouth of yours. 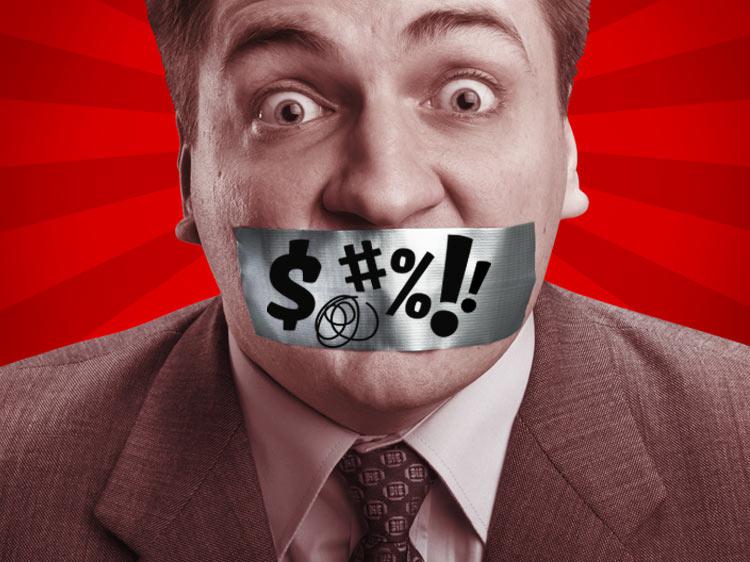 Eff all of those preconceived notions your parents had about swearing at work!

With jeans and hoodies replacing suits and ties and beer kegs sometimes being installed in break rooms, the tenor of office etiquette is changing. And with it, the language that’s acceptable is also shifting. In other words, sailors aren’t the only ones who are getting a reputation for swearing profusely on the job.

Just look to the largest—and most vulgar—generation on the workforce: the millennials. According to the 2016 Work Management Survey work management platform Wrike, 66% of millennials swear in the workplace—28% of them do it every freaking day.

Read on to learn what people think of swearing in the workplace and why you might want to wash your mouth out with soap during your morning commute.

You’re going to piss somebody off

Only 22% of millennials are bothered when others swear at work, while almost twice as many of Gen X and Baby Boomer workers say the same, according to the survey.

The older generations both felt that using those choice words in the office comes across as too casual and feels unprofessional, causes awkward moments and contributes to a negative culture.

Meanwhile, the study found that millennials actually prefer working in an environment where colleagues are prone to drop swear words around the office. Millennials say using obscenities makes conveying ideas and feelings easier, reflects the passion you have for your work and strengthens relationships between team members.

(And FYI, if you’re looking for such an environment, the survey found that health care workers have the most colorful language, with 64% of employees saying they swear at work and 45% of those cussing frequently. Not surprisingly, finance came in second, followed by professional services and technology and government workers. In the education sector, 48% report swearing in the workplace…just hopefully not in classrooms with young children present.)

Cut this sh!t out

Look, we get it—it does sound more exciting when you can tell someone that you really effing liked their presentation. However, Monster Career Expert Vicki Salemi, advises looking for other ways to express yourself in the meeting room or on the conference call.

She says that by swearing you might give off an impression to more traditional colleagues that you’re disrespectful and not sophisticated and that you also could become a liability. Think about it: Is your boss really going to put you in front of clients knowing some of your dialogue might need to be bleeped out?

“You need to censor everything you do at work—speech included,” Salemi says. “You shouldn’t talk to your co-workers the same way you would talk to your friends over beers and wings on a Sunday afternoon watching football. Maintaining professionalism includes the whole package—how you look from head to toe, your behavior and your speech.”

She says that doesn’t mean tamping down your expressiveness, but maybe replacing the F-word with “freaking.”

And although 80% of millennials say they would only swear if their boss did, Salemi says that’s not the kind of behavior you want to mimic. You never know who else is listening.

One place you never ever ever want to drop an F-bomb: during a job interview. But if one slips out, Salemi says it’s best to point it out, rather than ignore it, so the hiring manager doesn’t think it’s your normal behavior. Say something like, “Did I just say that out loud? My bad! I apologize, hope I didn’t offend you.” And then move on.