Stop smiling so much at work

New research suggests your cheerfulness might put you at a big disadvantage. 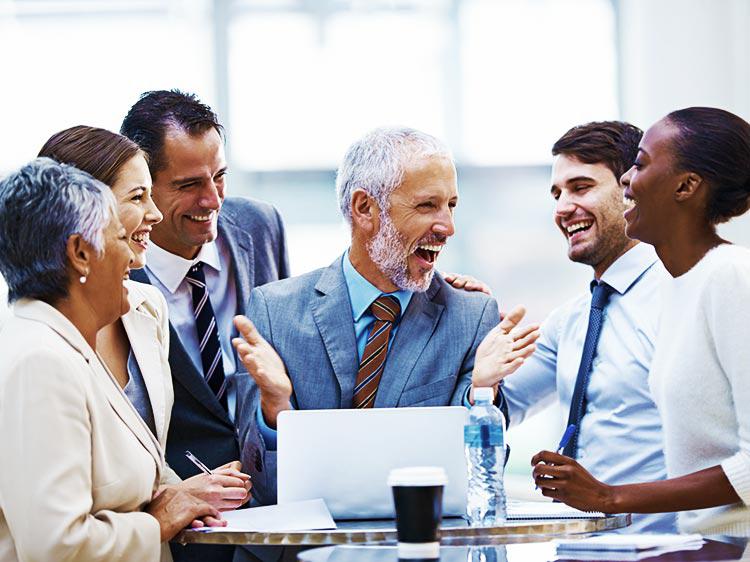 Here’s something to smile—or, on second thought, not smile—about: If you count yourself among the ranks of people with RBF (read this if you’re unfamiliar with the term), your boss and co-workers just might treat you better for it.

Researchers Alixandra Barasch (New York University), Emma E. Levine (the University of Chicago) and Maurice E. Schweitzer (the Wharton School) tested the link between the magnitude of positive emotions people display and others’ perceptions of them. Their findings concluded that people who appear really happy also appear to be more naïve than people who seem just a little bit happy.

Read on to learn what your boss and co-workers really think about that smile of yours, as well as when to use it to your advantage.

It hurts to smile

But the real problem is how very happy workers can be taken advantage of in the workplace. The study found that very happy people are more likely to receive biased advice (“You can totally show up late to that meeting with the boss,” says the co-worker who arrives to the same meeting five minutes early to kiss up to the boss) and are more likely to be exploited in distributive negotiations (because that big perma-smile makes you seem gullible).

Need proof that your smile may be doing more harm than good to your career? According to a study published in The European Journal of Work and Organizational Psychology, employees who are agreeable and nice (and probably have a permanent smile attached to their face) have lower salaries than their more assertive and domineering counterparts.

Smiling is a fine line

Smiling can even hurt your chances of getting a job, according to researchers at Northeastern University. The study found that smiling too much in an interview can have a negative effect on applicants in any profession, especially in fields that are perceived as more serious, such as reporting, managing and data entry. However, in fields that are seen as more sociable, such as teaching, sales or DJ-ing, smiling apparently causes less of a disadvantage.

But this doesn’t mean you should immediately start practicing your best Kanye West pout for your next interview. “Less is better than more, but if you never smile, you probably won’t make a very good impression,” Judith Hall, a co-author of the Northeastern study, told The Huntington News.

Research found that it’s best to smile at the beginning and end of the interview and less during the middle when you’re answering questions. Think about it: Should you really be smiling when talking about a time you failed or a challenge you faced?

It’s a fine line as you don’t want to appear cold and stiff, but you also don’t want to be so animated that you’re putting on a show. Like the warning label on a case beer says to consume responsibly, you’re going to want to smile in moderation both during the interview and in the workplace.

And if you need any more convincing, just remember: Not smiling prevents wrinkles.