Women’s equality is a huge problem in the workplace. But instead of blaming men, “That’s What She Said” author Joanne Lipman says men and women must work together to level the playing field. 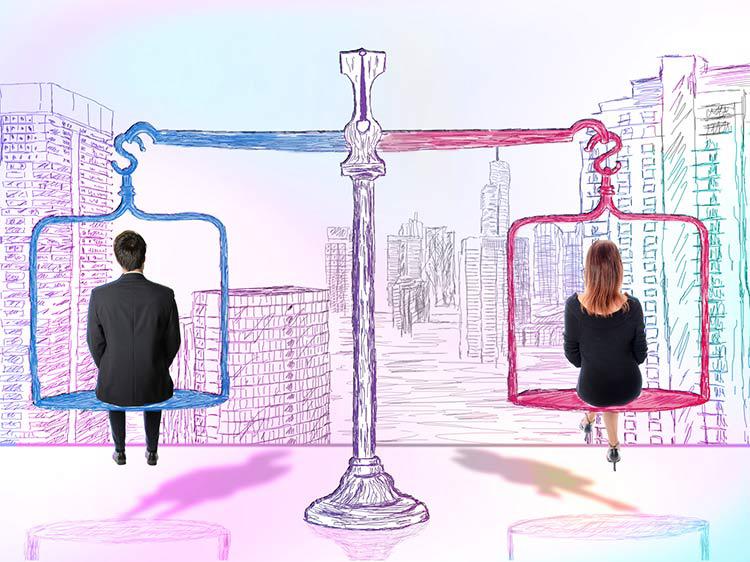 A few years ago, on a plane from New York City to Des Moines, Joanne Lipman struck up a friendly conversation with the businessman in the next seat, who asked her why she was going to Iowa. “I told him I was speaking at a women’s leadership conference, and he suddenly froze up and said, ‘Sorry I’m a man!’” Lipman recalls. Taken aback, she asked him what he meant, and her fellow traveler replied that he had just been through diversity training at the bank where he worked. “He felt that, in those sessions, he was being beaten up and put in the corner,” Lipman says. “The message he took away was, ‘It’s all your fault.’”

That encounter stuck with Lipman, and eventually led her to write That’s What She Said: What Men Need to Know (and Women Need to Tell Them) About Working Together. A veteran journalist who was the first female deputy managing editor of the Wall Street Journal before becoming founding editor-in-chief of Portfolio magazine and portfolio.com, and eventually editor-in-chief of USA Today. Lipman knows firsthand what it takes for a woman to rise in a male-dominated field. As she sees it, as the #MeToo movement has gained momentum, it’s brought wider attention to the longstanding hurdles that men and women keep stumbling over at work.

“Women have been talking amongst ourselves for years about the obstacles we face, including being marginalized, interrupted, underpaid, and not given the same level of respect as our male colleagues,” Lipman says. “But what we haven’t done is talk to men about it. Women talking to each other is only half a conversation, which, at best, can only solve half the problem.”

As her airborne chat with the banker made clear, and her subsequent research confirmed, companies’ well-intended diversity training efforts usually don’t resolve any issues and often make matters worse by making men “feel they are being punished,”—a surefire recipe for resentment and resistance. Rather than create a battle of the sexes, That’s What She Said aims to change that by teaching men and women how to work together to achieve workplace equality.

Monster recently spoke with Lipman about how women can finally reach real equality at work—and why it’s in men’s best interest to make sure that happens.

Q. Why should men concern themselves with leveling the playing field for women? What’s in it for them?

A. At a time when all of our industries are in radical transformation, it’s never been more important to have the very best minds and the most creative breakthrough plans, and the research overwhelmingly shows that organizations with women at or near the top are more successful. For instance, companies whose top management is at least half female post returns on equity that are 19% higher than average, and firms with the most female board members outperform those with the fewest by almost every financial measure. Then, there’s the fact that adding women to work teams has been shown over and over again to lead to better and more creative problem solving, and tempers risky behavior like the financial gambles that crashed the economy in 2008.

Q. What can women do to encourage their male peers, and bosses to work toward equality?

A. It takes honest communication. In researching the book, I searched out many men who are trying to reach across the gender divide—the good guys, the majority who are not sexual predators. A recurring theme in our conversations was that women need to speak up and point out inequities at work but keep the conversation positive. Whenever possible, acknowledge good intentions.

Another thing women can do is cop to our own biases. For instance, I took an unconscious-bias test myself, of the kind that lots of U.S. companies now offer. These tests are designed to uncover prejudices buried so deep in our psyches that we're not even aware we have them. I've often admitted publicly that even I came out as "moderately" biased against working women! The point is, acknowledging our own blind spots helps get rid of the stigma of men admitting theirs, which can be the first step toward real change.

Q. Your book is packed with day-to-day, practical strategies for men who want to help their organizations make full use of female talent. Could you tell us a few?

A. One persistent problem is that women are interrupted three times more often than men, so their ideas are often just not heard. One study showed that even female Supreme Court justices get interrupted at three times the rate of their male peers! So, if you hear a woman being interrupted, call it out. Say something like, “Olivia was making an interesting point, let’s let her finish.” Another thing men can do, especially male managers, is avoid deciding a woman wouldn’t be interested in a bigger job without even asking her first. I’ve often heard senior executives shoot down a woman by saying she has a new baby at home, or she wouldn’t want to relocate, or whatever. Don’t assume! Ask her. Even if she declines, present the next opportunity she’s qualified for, and the one after that.

Something else that well-meaning men may not even realize is that women are often subjected to “compliments” that, intentionally or not, belittle them—like the time I spent hours preparing for a television news interview, only to be told afterward by a senior executive that I looked “cute.” This happens a lot, and it has a simple solution. Before you speak, ask yourself, would you say that to a man? If not, you probably shouldn’t say it to a woman, either.

Q. We often hear that Millennials are much less burdened by old gender stereotypes than previous generations. As they start moving up into management roles, will progress for women speed up?

A. It’s certainly true that Millennials are the most equality-minded generation we have ever seen. However, some researchers have found that, as young men get married and have children, they become more conservative. That is, they start believing that their jobs are more important, that they should be the primary breadwinners while their wives take on more responsibility for childcare. So, while my hope is that this generation will hold on to its equality-minded ideals, it’s really too soon to tell.

Anne Fisher has been writing about workplace trends and topics since 1996. She is the author of If My Career’s on the Fast Track, Where Do I Get a Road Map?