Tips for First-Time IT Managers 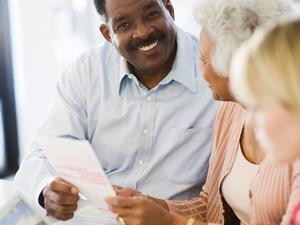 Managing people isn't easy. It's especially tough if you've never done it before. And it's harder still if you're a first-time IT manager.

Hagberg doesn't mince words when talking about the shortcomings of newly minted IT managers. After evaluating research studies from all over the country based on report cards from peers and subordinates grading their bosses, Hagberg concludes IT managers have a lot to learn when it comes to managing people.

On the plus side, IT managers generally set high standards and are creative, bright, decisive and know how to get results.

On the downside, they don't "fully leverage their available resources," says Hagberg. That's consultant-speak for not understanding people enough to build the cohesion that can lead to great results.

Everyone has difficulty supervising others for the first time. And since most companies don't train their employees to be leaders, it's a skill learned on the job. Yet IT people have special problems managing people, Hagberg asserts.

What are they? According to Hagberg, newly promoted technical managers have difficulty in the following three areas:

"They really get into trouble when it comes to building alignment," he explains. "They are often promoted, because they are analytical and independent." But they tend to have a hard time working closely with people.

The numbers prove it, Hagberg says. "IT managers tend to have the lowest ratings in the category of sensitivity to subordinates," he says. "They don't know how to build long-term relationships. Ultimately, it's relationships that deliver results."

IT managers also have a hard time keeping their workers informed, because they can't build relationships. The result is often confusion, anxiety and tension in the ranks.

"IT managers have trouble leveraging their good ideas with their vision," Hagberg says. "They jump from vision to execution without the necessary support of the people with whom they work. Because they're smart and independent, they tend to rely more on their own judgment when they should also be soliciting input from others."

Many IT managers also tend to be autocratic taskmasters reluctant to involve subordinates in the decision-making process. "They have a tendency to be rigid and inflexible," Hagberg says. "The thinking is, 'I'm right. I know what needs to be done. I know what's best for the organization. I know where we are headed, and I'm not interested in your input.'"

Compounding IT managers' problems is the fact that these managers tend to be introverted and uncomfortable relying on others, Hagberg says. This leads to problems managing conflict.

"IT managers tend to be conflict-avoiders, because they prefer things that are rational and controllable, whereas conflict tends to be emotional and out of control," he says.

In a nutshell, first-time IT managers assume everyone should be like them, independent and self-starting, and thus avoid coaching poor performers.

Is Hagberg being needlessly cruel, or has he hit a responsive chord? If he has, don't make a beeline for the nearest window. The problems are easily correctable. The toughest part is recognizing and accepting your deficiencies.

Hagberg's advice? "First, carefully define your role. Then audit your time so you're spending time on building relationships and improving communication with everyone around you. Schedule appointments with subordinates and listen to their ideas. Initiate group problem-solving, particularly on real issues, rather than trying to solve everything yourself. Deal with substandard performance by coaching and holding people accountable."

Instead of avoiding conflict, find its roots and then coach those with performance problems. All it takes is practice. You may be pleasantly shocked to discover managing people brings its own special rewards.

"Leadership is based on motivating people to achieve goals by themselves," says Hagberg. "When you get into it, it can be pretty exciting and inspiring."