13 traits you absolutely need to get hired at Chipotle

The fast-casual food chain has a checklist that helps indicate a candidate’s potential for career advancement. 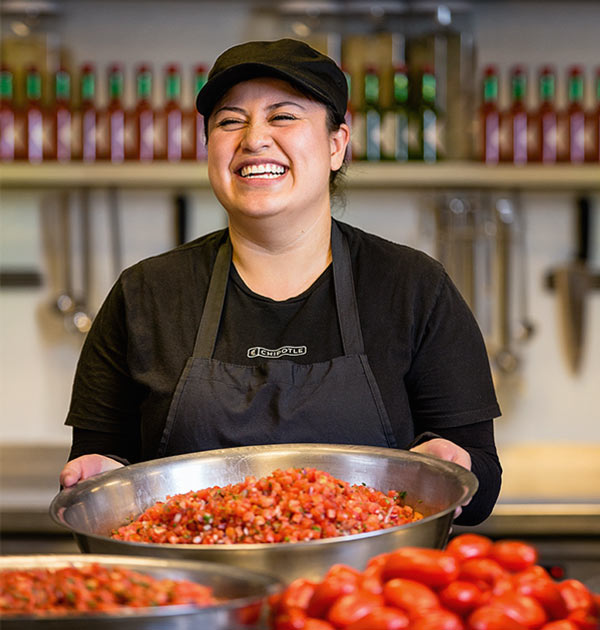 You might think that to get a job at Chipotle, the ability to make a good burrito would be number one on the list of qualifications. But it's not.

When looking at candidates, the chain weighs certain personal qualities more highly than technical skill. The company's co-CEO Monty Moran has developed a list of go-or-no-go traits called the "The 13 Characteristics" that are used in all hiring and promotion assessments.

“He came up with a list of traits that he felt were inherent in top-performing individuals, and that hiring managers could pick up on during a relatively short meeting,” Winslow says. “Our belief is that top performing people—who ultimately have the ability to become future leaders and will be positioned for long-term success—will possess these traits that, by the time they are an adult, cannot be taught.”

So if you're looking for a job at the fast-growing fast-casual joint—which currently has 1,878 stores, 97 of which opened in the last six months—better make sure you are all of these things:

The 13 Characteristics have carried over as not only a part of Chipotle hiring culture, but of its career pathing as well. More than 95% of the restaurant chain’s managers have been promoted from crew member positions, according to Winslow. In 2014, more than 10,500 crew members who passed the 13-characteristics test got bumped up to management positions.

So, how can you sell these traits and your potential in an interview?

In addition to arriving at the interview on time and looking presentable, Winslow says to enthusiastically greet the interviewer and have positive body language, such as leaning forward in the chair instead of slouching. She says also advises to ask great questions, have a strong desire to learn more, seek to better yourself and challenge others.

Talking about how much you like the food probably wouldn’t hurt, either.

Monster wants to know: Would you pass or fail Chipotle’s “13 Characteristics” checklist?

Find Chipotle jobs and other retail jobs on Monster.