Has your fear of failing ever stopped you from taking the promotion? From sharing a great idea at meeting? Save your career today and put an end to failure-phobia. 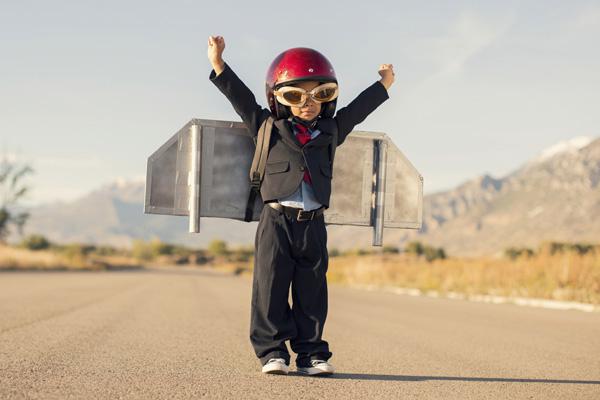 Did you know that Oprah was fired from her first news reporter position? Or that Jerry Seinfeld was booed off stage the first time he tried to get a laugh? Or that Michael Jordan didn’t make the varsity basketball team when he tried out his sophomore year?

Many of the most successful people failed big time when they first started out.

So, why do we fear failure—especially when we know that everyone’s experienced it? Because we fear judgment. We fear what others will think of us if we screw up. There’s actually a name for this—“imposter syndrome,” or the fear of being found to be incompetent. It was the biggest fear among CEOs according to a Harvard Business Review study.

Oprah, Seinfeld and Jordan all embraced their failures and kept on going. Use these tricks to overcome your own “failure-phobia”—and ensure that you aren’t the biggest obstacle in your own career.

Take a leap outside your comfort zone

By stepping outside your comfort zone and inevitably making mistakes, you will begin to associate failure with process. Failure is inevitable; learn to embrace it.

Jump right in, and failure won’t seem so scary. “Do what you fear, and fear disappears,” motivational coach David J. Schwartz has written in “The Magic of Thinking Big.”

Remember the first time you jumped off the high dive? As you climbed up, rung after rung, your knees shook, palms sweating. You looked over the edge of the diving board and considered climbing back down. Then you just jumped. When you emerged, exhilarated, panting, smiling, you swam over to the ladder for round two.

When we contemplate failure, we often dramatize outcomes. “If I screw this presentation up, I’ll be fired and will never find another job,” we think. As a way to prevent not trying at all, we try and convince ourselves that the worst will happen.

We must train ourselves to think rationally and positively.

Whatever the situation—a presentation, an interview, a performance—first, take a moment to visualize success. Then take another moment to imagine all the potential obstacles or challenges you may encounter. Then write them all down. We must shine a light on our fears to be able to conquer them.

Look at what you’ve written down, and assess the actual likelihood that any of them would happen. For example, how many times have you gone blank when presenting in front of people? Take a cue from cognitive behavioral therapy and come up with a mantra that reminds you of the rational (e.g. “Every time I’ve given a presentation for work, I’ve been able to remember the key  points, and I’ll have a PowerPoint in front of me.”)

Embrace failure as part of the learning process

The most important lesson to learn is that failure is not final. In fact, many uber-successful people attribute their successes to their failures—J .K Rowling, Mark Cuban, Michael Jordan, to name a few.

Jordan has said of his many failures, “I have missed more than 9,000 shots in my career. I have lost almost 300 games. On 26 occasions I have been entrusted to take the game winning shot, and I missed. I have failed over and over and over again in my life. And that is why I succeed.”

Actually making mistakes and then learning from them allows growth and the ability to put success into perspective.

In 1910, former President Theodore Roosevelt delivered a speech in Paris entitled “Citizenship in a Republic” in which he emphasized that the success of a society lay in its citizens’ courage to do and to do good. Here is a passage from that speech that I encourage you to read aloud, then stand up, and step into the arena:

“It is not the critic who counts; not the man who points out how the strong man stumbles, or where the doer of deeds could have done them better. The credit belongs to the man who is actually in the arena, whose face is marred by dust and sweat and blood; who strives valiantly; who errs, who comes short again and again, because there is no effort without error and shortcoming; but who does actually strive to do the deeds; who knows great enthusiasms, the great devotions; who spends himself in a worthy cause; who at the best knows in the end the triumph of high achievement, and who at the worst, if he fails, at least fails while daring greatly, so that his place shall never be with those cold and timid souls who neither know victory nor defeat.”