Allyson Downey felt sidelined at her Wall Street job when she became pregnant. Now a CEO, Downey spoke with Monster about how new mothers can overcome workplace challenges. 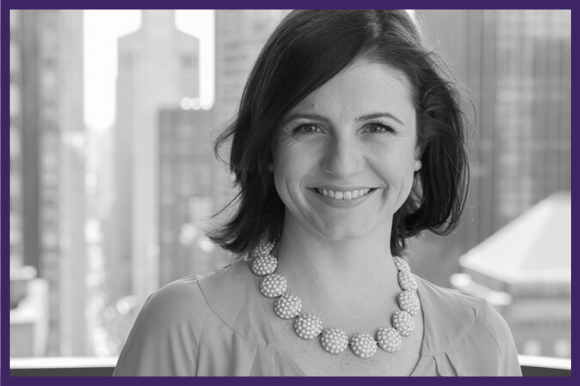 What pops into your head when you hear about workplace discrimination against pregnant women and new mothers? Scenes of women being shown the door as soon as they tell their bosses they are expecting? Recruiters visibly losing interest in a candidate as soon as she says she's looking forward to going back to work after baby arrives? Interviewers' faces falling when a woman discloses that she recently had a baby?

Those cases are certainly real, but they aren’t the only challenges that expecting and new mothers face in the workplace. More common, perhaps, is the “benevolent discrimination” that leads employers to limit opportunities for pregnant women and new mothers based on assumptions of what they can or want to handle. For example, new mothers may find themselves left out of business trips on the assumption that they wouldn’t want to spend time away from their family.

Allyson Downey, CEO of weeSpring, a Techstars-backed startup that shares advice with new and expecting parents, ran into issues herself after becoming a mother, which inspired her to write a book, Here's the Plan: Your Practical, Tactical Guide to Advancing Your Career During Pregnancy and Parenthood.

For it, she interviewed about 75 women and also used the weeSpring community to collect data from a couple thousand women, asking them questions like, “On a scale of horrible to lovely, rate your [breast milk] pumping space. How happy with child care are you now? How nervous were you about telling your boss you were pregnant? Did you have postpartum depression?”

Monster spoke with Downey for advice for women who are planning to take parental leave or are returning to the workforce as new parents.

Q: Let's say a woman is going back to work after a baby is born. What typically happens?

A: In doing research for my book, I found that 30% of women felt they’d experienced some kind of pregnancy discrimination or discrimination because they now had family responsibilities. They came back to work and found that they had fewer responsibilities at work, that they weren’t considered for a promotion. They weren’t 100% sure it was because they had taken paid parental leave, but they definitely noticed a difference.

In most cases, managers don’t think they’re doing anything discriminatory. They might even think they’re helping by not insisting that the new mother go on a business trip. The problem is they jump to conclusions without asking what the employees care about.

I’m not suggesting that all women want to show up and take on a ton of responsibility that they didn’t have on their plates before. It’s just that communication is such a big missing piece. They’re nervous about talking about what they want; they think it’s impolite. Managers don’t want to talk about it, because they don’t want to be intrusive or put pressure on someone.

Q: What inspired you to write the book?

A: The genesis was my own experience. I had just finished my MBA and was working on Wall Street. I considered myself tough and ambitious, and I hadn’t hit any obstacles I couldn’t overcome. But when I was pregnant, I had complications that required me to be off my feet. Because I had been excelling in my job up to that point, I assumed that people would be helpful. But I was shocked to find out that they weren’t. Everyone in my office stopped returning my phone calls.

Fast forward to a couple of years later, when I was running a tech startup in New York and getting a ton of press. A friend of mine who worked in book publishing said I should write a book now that I was running a startup and had an audience. I thought about the guidebook I wish I had had.

Q: You talk about how some of these issues develop because of patterns that form at home during parental leave. What do you mean by that?

A: What happens at work ties closely to how family comes together at home. If after one week the dad goes back to work and the mom is alone at home for 12 weeks, she inadvertently and possibly unwillingly becomes the household CEO. She’ll be better at everything related to baby care and making the family run. When you’re building a family while one member is missing for long periods of time at work, those are the habits that form.

One woman said when she was at home with the baby, she was the one to find a nanny. When the nanny quit, she found the daycare. Now she’s the one who’s totally in charge of finding summer camps. It’s the habit they fell into, and she was the one with the institutional knowledge.

Q: How can employers and employees change the culture around
parental leave?

A: One key thing when it comes to babies and women having babies is to stop talking about maternity leave and talk about parental leave. [As an employer], your policy should have provisions for fathers, as well. If it doesn’t, you’re setting women up for failure. Until there’s equal expectations among mothers and fathers at home, there’s almost no hope for full equality in the office.

It’s important to drive a culture that focuses on the quality of work rather than on the quantity of time at work. One woman I talked to left work every day at 6 p.m. because she liked having supper with her family, and she’d get stares from colleagues when she did. She worked in education reform, which is particularly grueling and has an undercurrent attitude of “if you aren’t here, you’re not as committed to helping kids.”

Employees need to speak up for themselves and be proactive about building a network. That’s your superpower and what will help you land on your feet any time you fall. You can invest in it without going out two nights a week and attending conferences. Look for ways to connect people to each other. When you make these connections for people who can help each other, they’ll be more willing to go out on a limb for you. Be calculated in doing favors for others, and then when you need to, reap the benefits.

The workplace is not always the easiest landscape to navigate, no matter what industry or phase of life you're in—and especially if you're going back to work after a baby enters the picture. Could you use some guidance? Join Monster for free today. As a member, you'll get career advice and job search tips sent directly to your inbox. The more prepared and knowledgable you are, the more confident you'll feel when facing whatever comes your way, whether that's getting back into the workforce, asking for a promotion, negotiating a better deal for yourself, and everything in between.