How to break the tyranny of the 9 to 5

This Independence Day, ask yourself if freelance jobs can pave the way toward career freedom. 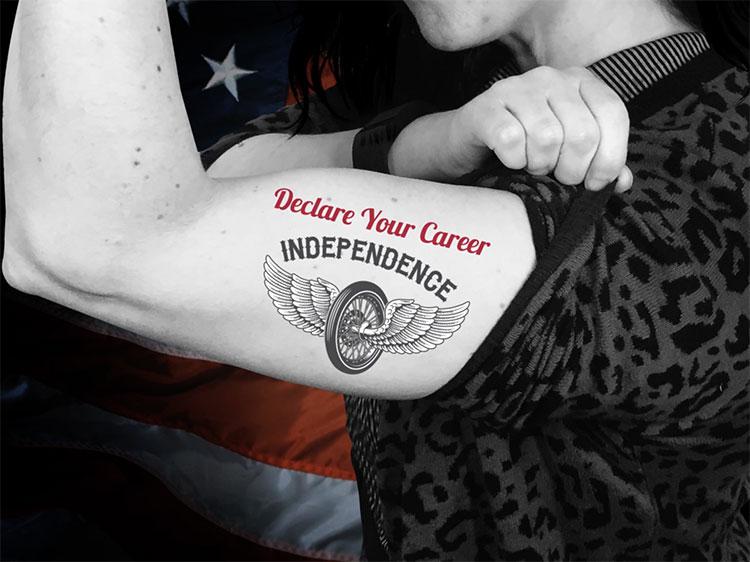 Independence Day is right around the corner, and while you may already be fantasizing about scarfing down hot dogs and gawping at fireworks, we’ve got another kind of independence on our minds—the kind that comes when you get to freelance and be your own boss.

Gig economy jobs have made it easier than ever to be a freelancer and pull a living income without answering to someone other than yourself. A study by Freelancers Union says nearly 36% of the American workforce is already doing freelance work, and some estimates say more than half of the 145 million workers in the United States will be independent contractors by 2025.

Of course, career independence as a freelancer doesn’t come without a little hard work. Freelance jobs take a certain amount of resilience, a willingness to pull yourself up by your bootstraps and blaze your own path. But if you’ve ever dreamed about creating your own workspace (with plenty of elbow room!), choosing your own hours (TGIM!) and wholly owning every moment of your success, you might want to consider freelancing.

Check out all of Monster's available freelance jobs, part-time jobs, and remote jobs. Many industries hire freelancers and gig workers—explore your options!

Need a little more inspiration? Watch this video, and get ready to make this Independence Day your independence day.