Author Scott Sonenshein’s new book uncovers research that shows employers often decide whether they want to hire you before they’ve even met you. 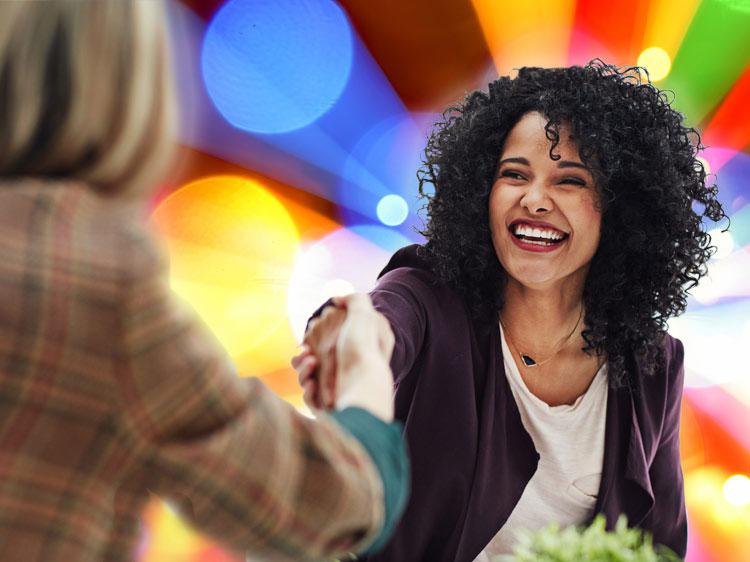 You can’t actually have won a job before you’ve met your interviewer(s), can you?

Actually, yes you can.

In Stretch: Unlock the Power of Less—and Achieve More Than You Ever Imagined, author Scott Sonenshein describes a detailed eight-month study concluding that “creating the right impression before an interview actually shapes the content of the interview, and its outcome,” he says. “If the interviewer already likes you, he or she will ask more ‘softball’ questions, for instance, and is more likely to hire you.”

Sonenshein offers the simple example of the cover letter, which is your true first-touch with a company. “Explain why you are interested in this specific job with this particular company,” says Sonenshein.“Instead of firing off 100 identical resumes and cover letters, write fewer, more thoughtful and targeted ones. It works a lot better.”

A professor of management at Rice University, Sonenshein recently talked with Monster about how to end up in “not just any new job, but one where you will really thrive.”

Q. Your book is packed with examples of the “stretch mindset,” meaning the ability to do more with less. How does that apply to a job search?

A. The opposite of stretching is what I call chasing, that is, going after something just because other people have it, rather than because it’s what we really want ourselves. The belief that we always need more gets reflected in people trying to climb the ladder and get a bigger title, a bigger office, more money—without stopping to ask why. Chasing leads to a lot of mistakes, including bad career decisions.

Q. By contrast, Stretch recommends a more resourceful approach. Why is it important now?

A. Technology has disrupted so many businesses, and careers, that it’s crucial now to avoid pigeonholing yourself into any one role. Everyone needs to start with a set of skills and then get a diversity of experiences. Let’s say you start out in finance and accounting. If you understand stretching, you can apply those analytical skills, and that attention to detail, to any number of different fields, instead of pigeonholing yourself as “a finance person.”

Q. You write about improvisation as a skill that’s not just for actors. How can a knack for improvising help in a job hunt?

A. Well, look at it from an employer’s perspective. Change is constant, and a lot of what happens in any job is not planned, so companies want people who can think on their feet and adapt to the unexpected.

Being able to improvise in an interview shows you can do that. It’s important to be prepared for some questions that are part of most interview “scripts,” of course. But there’s such a thing as too much preparation. It’s hard to stand out from your competition when you’re giving the same carefully rehearsed answers as everyone else.

Q. One fascinating theme in your book is the way our expectations shape reality. Does that apply to choosing the right job?

A. It certainly does. Expectations, especially about our interactions with other people, tend to become self-fulfilling prophecies. If we start with the idea that the boss is supportive, for example, our behavior and attitude will do a lot to create that support—versus seeing the boss as an obstacle or a problem, which will probably cause him or her to become one.

Finding the right job comes down to, first, knowing what you really want; and second, being willing to have a frank discussion with a prospective employer about it. We really should be talking about expectations—ours and theirs—as part of the application process. People are usually afraid to do this because they’re so focused on getting hired. But if you have this conversation early on, when you first meet with an interviewer, there’s a much greater chance that, if you get the job, it will be a good fit, and will take your career where you want it to go.