Lie on your resume at your own risk

These fibs are cause for an employer to show you the door, even months or years after you are were hired. 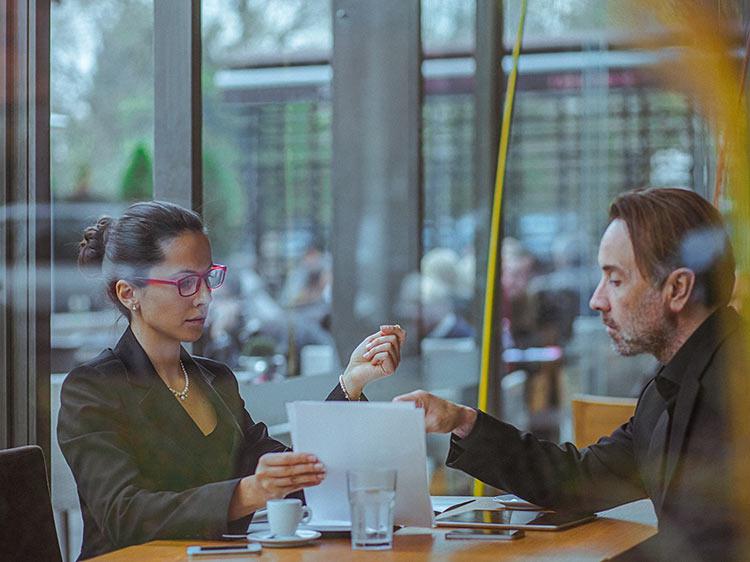 You just want to get a job, so it’s tempting to stretch the truth a little on your resume. But think again if you’re considering embellishing or—we can just call it what it is—lying on your resume. According to Monster’s 2019 State of the Recruiter survey, 85% of recruiters said that candidates exaggerate skills and competencies on their resumes.

What’s the worst that can happen? Paradoxically, the worst-case scenario might be that your lies actually get you the job. Who’s going to start 'fessing up once the paychecks start coming?

If you don’t want to be looking over your shoulder or hoping no one in HR gets suspicious and decides to audit their files, avoid these whoppers on your resume:

Lies about past employers

Plan to lie about where you worked? Think again! These fibs are cause for an employer to show you the door, even months or years after you are were hired.

Tegan Acree, director of human resources and training for Nuance Communications, shared a story from a company where she previously worked. The organization hired a high-level executive who claimed on his resume he had worked on Wall Street as well as for a major celebrity. When the employee underperformed and his employer became suspicious, a few calls revealed he had forged all of his experience. In fact, he was working for three different companies on their time. “Needless to say, he was soon working for one less company,” Acree says.

Lisa Rangel, managing director of Chameleon Resumes and a former recruiter, recalls a candidate for a position in the legal department of a media company who never completed the degree listed on her resume. “When I confronted her, she said, ‘Well, you never explicitly asked if I earned the degree.’” The media company rescinded the offer since it could not have an employee in its legal department who demonstrated such “flexible morals,” Rangel says.

Lying about your degree can come back to bite you—even in the unlikely event that no one notices right away. A dean at MIT resigned her post after working there for 28 years when the university audited its files and learned she did not have degrees from the three schools listed on her initial resume.

Mike Ramer, president of Ramer Search Consultants, says you need to be careful about omitting short-term jobs from your resume. “There’s a lot more scrutiny now,” he says. “Companies are conducting background checks that will uncover inconsistencies on your resume.”

He recalls an outstanding candidate who failed to mention a short-term position he held, which raised red flags for the employer when it came up in a background check. The company worried that if he lied about that, what else was he not sharing? The company rescinded its offer—not because of the short-term job, but because the candidate had not mentioned it.

“All of this personal-branding business is encouraging candidates to upgrade their job titles,” Acree explains. “If you were an HR assistant, don’t call yourself an HR manager. When you lie about your job titles, it’s a big red flag.”

Acree cautions job seekers to make sure their resumes match their profiles on professional networking sites. “Any discrepancy is going to pop up on a background check,” she says. “The employer will wonder what’s the truth and what's a lie—and move on to the next candidate.”

How to get a job without lying

Ramer told of a candidate who lied about having a degree and lost the job opportunity. If he had been truthful, his experience would have landed him the position, regardless. If your skills are in demand and you are well-qualified, you may be able to overcome certain obstacles—if you are up front and tell the truth.

If every job you want requires a college degree, instead of listing a school where you took a few credits and trying to pass it off as a degree, consider how you can actually earn that degree. Many colleges and universities cater to working professionals, and you may consider an accredited online program.

Sometimes you can overcome some missing skills or qualifications by impressing a decision maker who can persuade a company to take a chance on you. Referrals are very important in the modern job search, so spend as much time as possible networking with colleagues and contacts. Be sure you can explain what you offer via a well-rehearsed, succinct elevator pitch. Demonstrate clearly why you are the best at what you do and how you will solve the targeted employer’s problems.

Overcome gaps in your experience by using the Internet and social networks to demonstrate that you’re an expert in your field. Consider hosting a blog related to your industry, or create a social resume—a professional website highlighting your expertise.

Also connect with current and former colleagues on appropriate networking platforms. The more people who know about you and what you offer, the less likely you’ll feel the need to lie to get noticed. If you can create a community and demonstrate expertise, it’s very possible that jobs will start coming to you.