Mid-career is common entry point for men in nursing 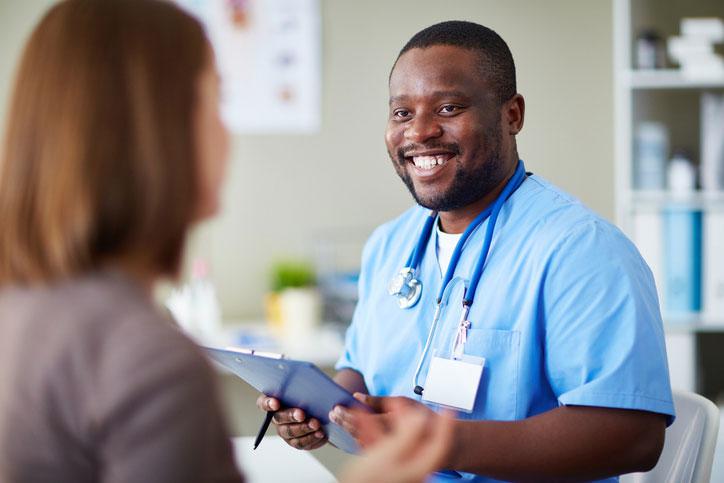 What single mid-career change can turn a man into a cutting-edge technologist, an iconoclast, a provider of comfort and a hot commodity in nearly every US labor market? It's the decision to segue from almost any other occupation into nursing.

Men who choose nursing as a second career will join the ranks of the country's 2.6 million licensed RNs -- of whom fewer than 200,000 are male, according to government figures. "Very few male teenagers have the nerve to buck social trends and tell their peers that they want to be a nurse," says Sandy Summers, RN, executive director of the Center for Nursing Advocacy.

Men who go into nursing will quickly learn social pressure isn't the only challenge their career change might raise. "Firefighters and police officers who train to be nurses all come back and say nursing is the hardest thing they've ever done," says Richard S. Ferri, author of the novel Confessions of a Male Nurse and a nurse practitioner who has led national AIDS nursing organizations.

Male Nurses Are a Minority

Men entering nursing at mid-career come from a variety of fields, including social work, emergency medicine, public safety and the military.

But no matter how they enter the profession, male nurses will find themselves in a minority that's likely to persist for the foreseeable future. For years, the proportion of male RNs has hovered at just under 6 percent. The contingent of men in bachelor's-degree nursing programs is a bit higher at 10.5 percent for the 2007-08 academic year -- up from 9 percent in 2004, according to the American Association of Colleges of Nursing.

Going back to school will be an intellectual and financial challenge, but you'll also likely find it more fulfilling than you did in your 20s. "For a man in his 40s, going back for nursing education is wonderful," Ferri says. "You have that life view of what is real and what is not."

Mid-career male nurses have several educational choices, from community college to accelerated bachelor's programs. "I encourage older people to find an associate's degree program where they can quickly get to the bedside and decide where they want to go from there," says Jim Raper, president of the American Assembly for Men in Nursing.

Whether bias works for or against male nurses, sexism and ageism persist in healthcare.

According to a 2004 online survey conducted in part by the National Student Nurses' Association, half of male nurses questioned said they have trouble in the workplace due to the perception they're the "heavy lifters" of patients. They also cited gender-related communication and other issues.

"In the ICU, you may have 16 patients and eight nurses, and the patients need to be turned over every two hours," Summers says. "If there's one man on the floor and he's expected to do all that lifting [and] more, it's a lot."

On the other hand, in clinical training, "male physicians would treat me with much more respect, almost as a peer, [whereas] younger, female nursing students would be ignored," says Aaron Tobacco, 34, a former restaurateur and entrepreneur who expected to receive his bachelor's in nursing from the University of Portland in 2006.

Male RNs on the Job

Men who enter nursing at mid-career -- even in their 40s -- can pursue a variety of career paths. However, they're less likely than female nurses to stick with traditional bedside hospital nursing.

"Men gravitate to the ICU and the ER," says Kevin Hook, a former ICU nurse at Mount Sinai Hospital in New York City. "They are more intellectually attracted to that drama." Hook is now a student in the University of Pennsylvania's nurse practitioner program.

Men who have years or even decades of business experience can eventually transcend the clinical environment, if they choose to do so, using transferable skills. "Those with previous military or business careers can apply their skills to the healthcare business setting in administration or management," Raper says.