The 4 most annoying things co-workers do

Frustrated with an officemate? Here are some of the most annoying co-worker habits and ways to improve them. 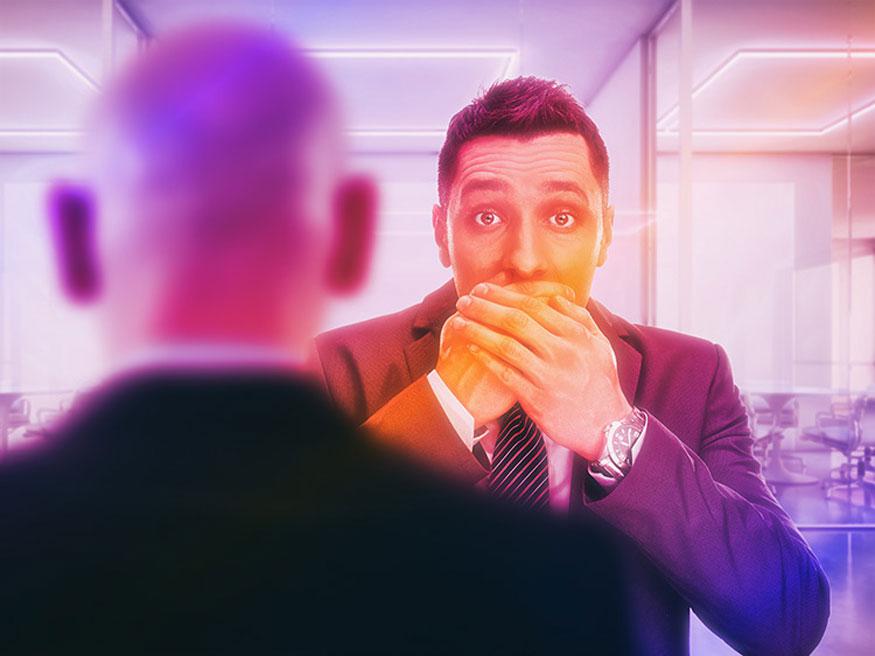 “Oh great. Tad made his famous gourmet stink-bombs for lunch and he’s eating them at his desk.”

“Why does Kristy speak like there’s a megaphone attached to her face? Doesn’t she know how loud she is?”

Admit it—you’ve had similar thoughts about an annoying co-worker at some point in your career. Nearly everyone has. The problem with these, mostly minor, annoyances is when they become so distracting they inhibit workflow.

If you’re finding yourself so frustrated with an officemate that your productivity is declining, then it’s time to address the issue. Here are some of the most annoying co-worker habits and suggestions on ways to improve them.

Dog, child, upcoming vacation; the topic may vary, but the interruptions won’t. A Monster Meter Poll found 53% of respondents were fine discussing a co-worker’s wedding—up to a point.

“Conversation along these lines might be nice for a moment or two but if they are persisting with this well into the day, it may be time to have a discussion of a different nature—one that helps team members focus a bit less on themselves and more on the work they are there to do,” says Aron Grow, author and associate professor of organizational leadership at City University of Seattle.

Cookies, wrapping paper, popcorn, this disease and that animal shelter—the fund-raising opportunities co-workers subject you to can seem unending. Parents often end up doing the fundraising for their children’s schools or hobbies. A civic-minded co-worker may be raising money for any number of worthy causes. It adds up.

As the Monster poll showed, almost a quarter of respondents find this practice entirely inappropriate for the office, while 62% are fine with occasional requests as long as their co-worker isn’t pushy.

3. Make an untenable amount of noise

Noisy co-workers are a common complaint and can result in significant loss of productivity. Over half the respondents said that noisy co-workers disrupted their work “always” or “very often.”

“A lot of my work as a consultant for conflict resolution at work really ends up about helping people tolerate each other's quirks. The list of irritants is usually topped by loud phone calls, loud music or talk radio,” says Steve Albrecht, psychologist and workplace violence expert.

“I tell employees that successful people working in a professional environment should be able to give each other direct, non-personal, feedback about things that make it hard for them to do their work successfully.” If the noise bothers you, ask your co-worker politely to use headphones, close their office door, take their calls off speaker, or just lessen the noise in general.

4. Operate in a constant state of neediness

One of the worst ways someone can annoy their co-workers is by being needy. They require constant attention, assistance, praise or all three. This particular breed of annoying employee will “tell you what they had for dinner and then what they watched on TV last night. They ask questions that you know they know the answer to. They pout when you ignore them or don't invite them to lunch,” says Kathi Elster, an HR and business strategist with K Squared Enterprises.

She says the best way to deal with a needy co-worker is to address the situation head-on. “It's about setting boundaries. You cannot expect this person to get a subtle hint; you have to be straightforward without being mean.”