Buzzwords to include and avoid on your resume

Thinking “outside of the box” probably won’t get you inside the interview room. 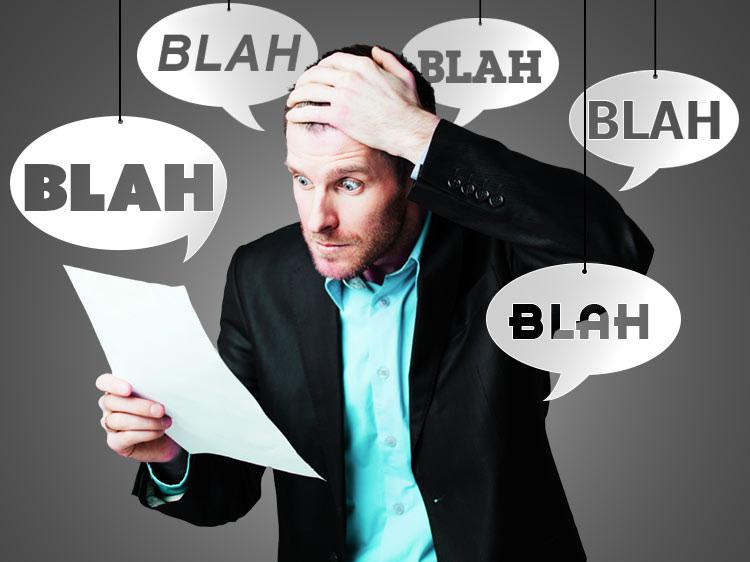 Sure, you’re a hard-working innovator with excellent communication skills—unfortunately, so is nearly every job applicant you’re competing with, at least according to their resumes. It’s time to break from hackneyed buzzwords that carry zero weight in the eyes of a recruiter or hiring manager.

“Any cliché seems shallow in a resume,” says Lori Scherwin, executive coach and founder of New York City–based Strategize That.

Check out this list of buzzwords and phrases you should avoid on your resume, along with some tips on how to better use that precious real estate on your job application materials.

What you think it says: “I’m dedicated to doing my job well.”

Of course you’re a hard worker! Even if you aren’t, it’s not like you’re going to admit otherwise on your resume.

Instead of stating the obvious, prove it. “Give real-life examples of how you go the extra mile,” says Cheryl Palmer, an executive career coach and owner of Call to Career in Fayetteville, Georgia.

Better buzzword: Include the word “achieved,” and back it up with examples of what you’ve accomplished. “For example, you could say, ‘Achieved sales goal for three consecutive years with a reduced staff.’ This shows that you, and your staff, are hard-working while you avoid saying so directly,” suggests Palmer.

‘Creative,’ ‘outside the box,’ ‘innovative’

What you think it says: “I come up with good, new ideas.”

“If you could actually think ‘outside the box,’ you’d be able to phrase it less blandly,” Scherwin says. These trite descriptors can actually undermine your case if you don’t back them up with specifics.

To really show off your creativity, share examples of how you developed and implemented new ideas or processes. If you work in a creative field, such as advertising or web design, pursue industry awards, which can serve as outside validation for the uniqueness of your work.

Better buzzword: Include the word “created.” It shows that you’ve produced something new and original.

What you think it says: “I know how to talk and listen to people to get stuff done.”

Rule of thumb: If you have to tell people you are something, you likely aren’t that something. You must embody a trait for people to take notice.

Instead of dropping in this meaningless phrase, provide examples of how your communication skills led to specific positive outcomes.

Better buzzwords: Use the words “listen” and “improve” to indicate how your actions made the company better. “I listened to my customers’ feedback and used that information to create a streamlined process that improved efficiency by two hours.”

What you think it says: “I'm in charge of this.”

Your resume is no place for vagueness, and writing “responsible” on your resume—as in, “I was responsible for xyz”—leaves it unclear exactly what role you played.

Get specific about the level of authority you had. If you managed the project, say that. If you launched it, say that.

Better buzzwords: Hiring managers prefer more specific words, like “managed” or “directed,” with details about your contribution, according to Palmer. And use numbers to make your accomplishments stand out. Metrics, data, or any kind of stats help recruiters and hiring managers see the impact you made.

What you think it says: “I’m the best at this.”

There may be portions of your job that you know so well, you can do them with your eyes closed—but that doesn’t mean you get to claim “expert” on your resume. True experts don’t need to proclaim their elite status; instead, they let their well-earned reputations on the job speak for themselves.

Better buzzwords: Use action words, such as “published” or “delivered,” to demonstrate your professional clout. Focus on your years of experience and training, and give examples that show off your authority. For example, “Published 10 articles in industry magazines,” or, “Delivered keynote address at three industry conferences.”

You want your resume to appear fresh and contemporary, but you also want it to say something that hiring managers would consider valuable. Want to make sure your writing efforts are paying off? Get a free resume evaluation today from the experts at Monster's Resume Writing Service. You'll get detailed feedback in two business days, including a review of your resume's appearance and content, and a prediction of a recruiter's first impression. Generate buzz without fizzing out.