How to land a job in virtual reality tech

Now’s the time to get in on the ground floor of this cutting-edge sector. 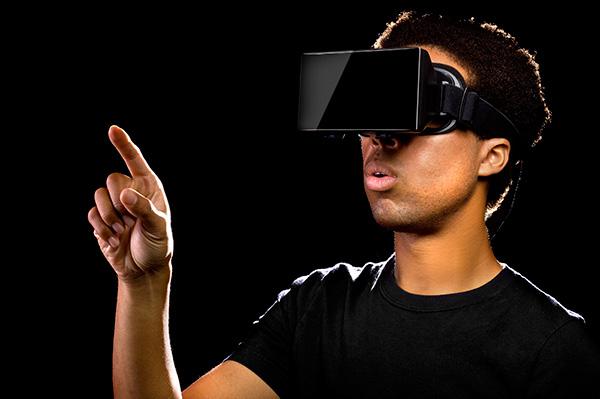 Some people believe virtual reality (VR) technology has the potential to change our lives even more than the smartphone has—and that technology is developing rapidly. Products like the Oculus Rift have the power to immerse users in seamless, real-seeming virtual environments, while Google's Cardboard platform can turn your smartphone into a VR machine with little more than a few folds of paper. Naturally, such advancements go hand in hand with a rising demand for workers, and now might just be the right time for interested job seekers to break in.

“The virtual reality space is taking off, and I believe the job opportunities are only going to grow in the next few years,” says Nate Beatty, co-founder of IrisVR in New York City.

If you’re looking to break into this emerging tech sector, there are a few things you’ll want to keep in mind as you launch your job search.

Demand for job candidates with VR knowledge is up 37% over last year, according to Road to VR, and because the technology is new, companies are having difficulty meeting that demand.

If you’re interested in the software side of the industry, you need experience designing and developing with 3D modeling software, programming experience with C/C++, game development or graphics programming, Beatty says. “Anyone who can pick up new tech easily, has some basic programming background, and is forward-thinking enough to see how VR would fit into the professional workflow would be a prime candidate for lots of awesome new B2B VR startups.”

Much of the VR hardware technology is based on PC and cell phone technologies, which are skills that can transfer, says Steve Santamaria, COO of Envelop VR in Seattle. “A newer skill set is optics, which are critical to great visualization. Hardware engineers that can help to continue to shrink the form factor, increase performance and optics fidelity, and improve battery and connectivity capability will be in high demand.”

Everyone knows the big players in the VR market—Oculus, Google and Samsung—but the majority of jobs are with smaller companies and startups.

“Given that Microsoft and Oculus/Facebook—the two largest employers—account for less than 2% of all VR gaming professionals, there’s much more opportunity in the long tail,” says Jeremy Schifeling, CEO of Break into Tech, in Silicon Valley.

Although gaming is giving VR its boost in the market, it is being explored for countless other applications, Beatty says. “Industries like architecture, engineering and construction will undoubtedly use VR for 3D design, while medical, military and education will certainly take advantage of the tech to do simulations, safety training or to enable people to experience and explore remote places or inhabitable environments.”

As the industry grows, companies will need more than just programmers and engineers—they will need visionary CEOs, product and project managers, support and business developers, Santamaria says. “But today, early on, pre-customers, it will be the technical people visioning and creating the VR products,” he says. “Later, after the industry is established you will see more of the mature industry jobs being listed.”

As with any industry, networking can be crucial—perhaps even more so while VR technology is in its infancy—so reach out to some of the players and get your resume circulating.

Joining groups on professional social networks can also help, Schifeling says, as many VR professionals belong to and network within these groups. SVVR, or Silicon Valley Virtual Reality, organizes monthly meetups for developers and entrepreneurs, while the IEEE Virtual Reality conference, held annually, is in its 23rd year. Go to the conferences, meet the people in the field and get your name out there. With a little luck, you'll end up with a job that offers real opportunities and growth potential, even as you build worlds that exist only in a user's headset.