Does your supervisor treat you like the enemy? Four toxic boss survivors share how they fought back while keeping their careers intact. 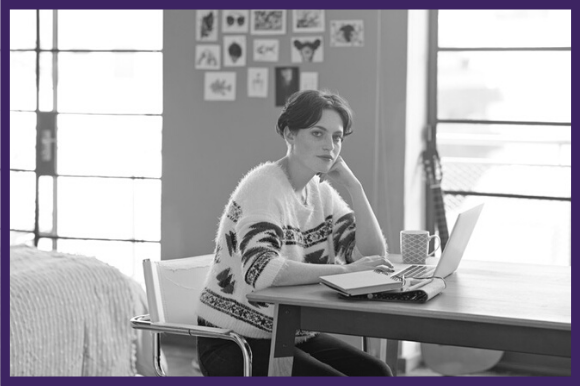 How to deal with a toxic boss.

For professionals responsible for a mountain of details, often in the midst of corporate chaos, taking some heat is part of the job. And support staff can add "make the boss look good" to their job descriptions. But what if you have a toxic boss who routinely blames you for things that aren't your fault or takes credit for your work?

In a workplace setting, such injustice can be particularly perplexing: Not only is your livelihood on the line, but workplace politics and the corporate hierarchy can make it difficult for you to get your case heard.

Most seasoned professionals have a bad boss story (or two) to share. We asked a few of these vets to share their horror stories with us as well as their solutions for dealing with a nightmare boss and a toxic workplace.

Talk your way to a cure

Mandy, who worked at a major publishing house, found discussing problems with her boss was key to finding resolution:

I had a new boss come in that had replaced the senior executive who I had worked under for more than seven years. From the moment my new boss stepped through the door, everything I did was wrong. She would tell me to hold her calls. I would, and then she would yell at me for not putting her authors through. Everything was a Catch-22. Finally, I asked for a meeting and asked her how I could do a better job for her. What came out was that I was doing things the way my old boss wanted me to do them. My new boss was feeling a little uncomfortable about stepping into somebody else's job, office, and support staff—and was anxious to make her own mark. Once she explained her style and I put her at ease that I had no problem making changes and doing things her way rather than her predecessor's way, we were able to work very well together.

Good written records can help you make a case for unfair treatment—or maybe even convince your toxic boss he's wrong. After Kyle's boss at a securities firm blamed him for losing phone messages, he devised a strategy to deal with the gaslighting at work:

I tried talking to him, but it became an "I said/he said" sort of deal, and it's hard to look your boss right in the face and say, "You're lying." So I bought a message pad that made a carbon copy that stayed in my book. Whenever there was a dispute about a phone message, I pulled out my little book, and there was no more discussion. Plus, it made it easier for my boss to return his calls, because one of the problems was that he was losing his messages and didn't want to admit it. So now if he loses a message, all he has to do is ask to look at my book, and we don't have a problem anymore.

Appeal to a higher court

Samantha's boss at a research firm had a personal problem with her. Since Samantha couldn't change how her boss felt about her, she took her case to HR:

My boss just hated me, and I didn't know why. In my performance review, she even said she didn't like my sense of humor or the look on my face. What am I supposed to do about that? It was clear that I couldn't talk to her, and I couldn't change who I was. So I went to HR, and eventually they moved me to another department with a new supervisor. Of course, things are still a little tense whenever we meet in the hallways, but at least I don't report to her anymore!

Know when to go

Sometimes the only way to deal with an unjust boss is find another job, particularly if you're pressured to do something illegal or unethical. Jane Marie was uncomfortable when her boss at a nonprofit asked her to sign papers for him:

I had my doubts about my boss's integrity, although I had no proof. So when my boss started asking me to sign for government grant money and his signature did not appear on the documents, I got uncomfortable. When I pushed back, he began to make my work life miserable. He was systematically trying to get me to leave, and eventually I did. It was a small organization. The only place to appeal to would have been the board of directors—and they were all handpicked by my boss. So I found another job in a larger organization that I love. I often tell my friends that if it hadn't been for my nightmare boss, I never would have found my dream job.

If this sounds familiar, it's time to leave your toxic boss in the dust. Ready to get started? Join Monster for free today. As a member, you can upload up to five versions of your resume—each tailored to the types of jobs that interest you. Recruiters search Monster every day looking to fill top jobs with qualified candidates, just like you. Additionally, you can get job alerts sent directly to your inbox to cut down on time spent looking through ads.