How to ace a job interview with no interviewer

Make sure you’re not caught off-guard if you’re asked to do a one-way interview—with a computer. It’s the hot new trend in recruiting. 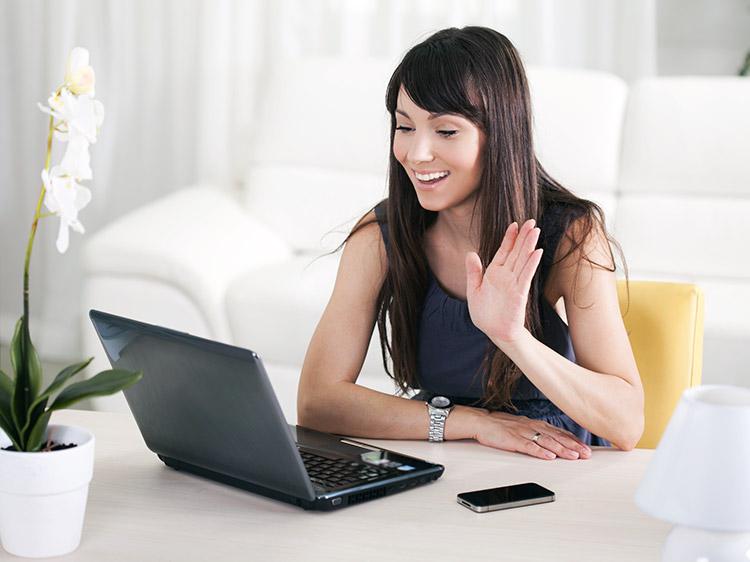 Imagine a job interview with no interviewer—it’s just you, a computer and a webcam, getting to know each other. Sound a little too futuristic to be true?

Well, for some companies, the future is here.

Take this as an example of what’s to come: Last summer, Goldman Sachs Group, Inc. did away with their traditional on-campus recruiting methods in favor of structured video interviewing. Instead of meeting with a recruiter in person, students interested in one of the firm’s 2,500 summer and full-time analyst positions now had to complete the first round of interviews via video platform, HireVue, using their computer, tablet or smartphone. Candidates answered a series of automated, pre-loaded questions, and their video responses were scored by recruiters.

After reviewing its hiring practices for the first time in over a decade, the company saw this change as an opportunity to reach more applicants.

Other companies see this automated interview step as a way to make the hiring process more efficient. “Scheduling interviews and going back and forth about availability takes up a lot of time,” says Rick Jordan, head of talent acquisition at Zappos, which also uses this method. “Video interviewing is extremely flexible and convenient for the candidate. In fact, most responses came after 5 p.m. or on the weekends.”

We spoke with Jordan as well as Matt Doucette, head of global talent acquisition here at Monster—who uses video tools to vet hires for our company—to find out how you should prepare for one of these one-way video interviews..

Make sure you won’t have a technology fail

Nobody wants to go through the agonizing process of completing an interview only to have all your thoughtful responses go to waste.

While you might think it’s a given, double-check that your microphone and webcam on your computer are functioning correctly. If you have the option to complete a practice run in advance, take advantage of that opportunity.

“Video interviewing is a modern, tech-savvy way to screen folks, but we receive many responses where we cannot see or hear the candidate, and sometimes both,” says Jordan. “It sounds silly, but take a few minutes to ensure all your technology is working properly.”

Remember that there are people on the other side

Once everything is in place, Doucette suggests propping your laptop up or sitting farther back from the camera to avoid giving your interviewer the “under-chin” view. Sit up, be attentive, and check your lighting.

And while you may not be traveling to the office for your interview, that’s no excuse to not look your best, or at least your best from the waist up.

“The whole point of the video interview is to see you,” says Doucette. “Be mindful of how you present yourself. Consider how you will not only sound but also look. I tender the same advice as for an on-site interview: Always wear a suit”

Also, your mom says you should clean your room—no seriously, you do not want to turn on your video interview and have the pile of laundry crumpled up on the bed behind you. Just because there’s no one actually sitting in front of you, someone will be later (even if they’re only viewing the video you) so act “as if.”

Give the short version of your sell

Of course, the content of your interview should matter even more than your cleanliness. So, “know your material, have a list of highlights you want to cover on your background, don’t over-elaborate, and allow time between points to give the interviewer a chance to respond,” says Doucette.

Remember to still take a breath in between your sentences and show your excitement for the position you’re applying for. Smiling every now and then doesn’t hurt either.

“We want to see enthusiasm in your eyes and a real passion for the work you’re interested in,” says Jordan. “The interview is almost a snapshot preview of what it would be like to work with you, so command a presence you feel is an accurate representation and that you’re proud of.”

While you may be given two minutes to craft your response, don’t feel as though you have to talk for that entire window—especially if longer will just mean you rattling off more achievements.

“To a certain extent, we want to use the video to understand how you deal with people and what you think your strengths are,” says Doucette, “but don’t use this video interview as a platform to talk about how great you are.”

Start over if you need to

Even in a live interview, there will be some questions that you answer better than others, so don’t fret if you feel you didn’t nail every single response.

That said, if you feel that you aren’t satisfied with how one of your answers is going, stop yourself, scrap it and start over—most of the programs in this space let you do a take two. (If only you had that same option in the in-person interview!)

Not lucky enough to get a trial run? It’s still OK if you screw up. Just own it.

“We want to review your best honest answers, so if you mess up, take a moment and say, ‘Hey, I really screwed that up. Let me start over,’” says Jordan. “While being well spoken is important, if you mess up, you mess up. Admit it and move on.”

Find jobs at Zappos on Monster