Career Spotlight: Benefits of Working in the Nonprofit Sector 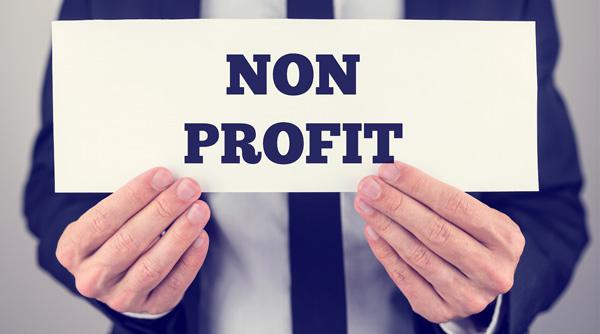 There are some common misconceptions about working in the nonprofit sector, perhaps chief among them, the belief that you can’t make any money. Heck, the name alone – “nonprofit” – screams in no uncertain terms that such work is completely altruistic. There’s no money to be made because it all goes to the cause, whatever that may be. That’s the idea anyway.

But it’s not true.

In fact, working at a nonprofit can not only satisfy your monetary needs but the sector can serve as a rewarding career path for people who would rather wear many hats and learn new skills all the time rather than sludge through the same menial tasks day after day at an unrewarding job.

Before going any further though, let’s just quickly address the fiscal elephant in the room (hey, we get it, you need money!). The term “nonprofit” refers not to your own wallet but rather the organization you work for. You should know though, average salaries for entry- to mid-level employees working at nonprofits are roughly five to 10 percent lower than they are at for profit companies, according to a 2008 New York Times report.

It makes sense though that if you’re interested in pursuing this type of work, you may be okay with slightly less pay as a means of doing something that matters to you.

Whereas increasing profit is the bottom line in more corporate settings, at nonprofits, the goal is to advocate for and advance a certain cause. As such, there is less pressure to meet a hard bottom line, which allows you to work more creatively and unconventionally. In more rigid corporate settings, you’re expected to just fall in line and take on sort of a paint by numbers work mindset; at nonprofits, creative, outside of the box thinking, is valued and encouraged.

You’ll also take on a more nebulous role at a nonprofit than you might when you first launch in a corporate setting. Sure, you may be hired to do something very specific — be it as an administrative assistant or doing data entry – but at nonprofits, you can expect to be pulled in different directions to help the team in ways you may not yet have experience with.

“Since many nonprofits are understaffed, nonprofit professionals have the opportunity to perform many different job functions and move outside of a strict set of job responsibilities,” according to the UC Davis Internship and Career Center. “This allows for a greater opportunity to learn new skills and further develop preexisting abilities on the job.”

That, of course, will look good on the old resume too should you ever decide to pursue a career in another industry. You’ll have developed a wide skill set and picked up experience doing things you may not have been entirely comfortable with beforehand.

Now, before sending you off here, I’d like to put into perspective just how big the nonprofit sector is. In 2012, there were 1.4 million tax-exempt nonprofit organizations in the United States, according to Forbes, which, all told, contributed $1.5 trillion (with a T) into our economy, accounting for 5.5 percent of the country’s gross domestic product in the same year.

Is it different work? It sure is. But it’s a big industry and may be right for someone looking to do something off the beaten path.

Monster Wants to Know: Do you have any nonprofit work experience? What were the rewards? Share with us in the comment section.